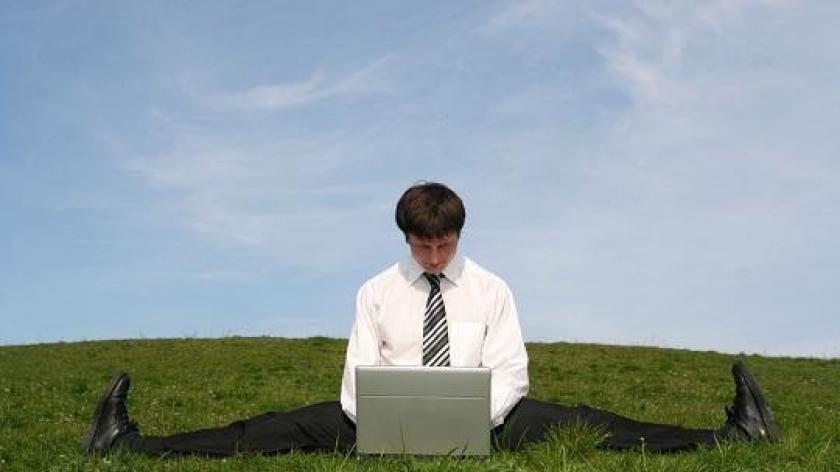 96 percent of all employers in the UK now offer some form of flexible working. In the US, over a million more Americans worked from home in 2010 than in 2005. But not all businesses seem to be convinced.

Marissa Mayer became Yahoo!'s CEO in mid-2012. She had 13 years prior experience at Google where she rose to be a Vice President. She developed some of Google's most successful products and is listed as an inventor in her own right on several patents in artificial intelligence and interface design. The companies she came from and moved to are both modern global technology businesses at the forefront of innovation. Yet one of Marissa Mayer's early changes at Yahoo! at the beginning of 2013 was to ban home-working for Yahoo! Staff.

Employees were told to relocate from their home offices to a Yahoo! office within a few months or leave the organisation. The reason given was that "to become the absolute best place to work, communication and collaboration will be important so we need to be working side-by-side. That is why it is critical that we are all present in our offices".

Marissa Mayer’s move has clearly offended many within Yahoo! but does it herald a wider trend reversal to more traditional working practices in white-collar roles?

The evidence seems to be no.  In the UK, following the recession, businesses sought flexibility to adapt to a volatile and uncertain future. Many investigated a variety of flexible working arrangements, from home-working to reduced days per week or compressed working, increased use of freelancers, consultants, agency staff and part-time working. But who gains from greater casual and flexible working?

Proponents of increased flexibility in the workplace argue that both employer and employee reap the rewards. They believe that employers gain flexibility, responsiveness and can manage their cost base in line with available work. They find it easier to attract highly skilled individuals, staff are more satisfied, more productive and absences decline when they are able to work in a way that suits their lifestyles and demands on their time. Cynics think businesses are losing out on ideas by employees not collaborating as effectively as they could face-to-face and that they are not doing the work they are paid for. Others are concerned that the rise in working patterns such as zero hours contracts, has a hidden social cost, reducing job security and employee rights.

Marissa Mayer seems to have focussed more on the need for innovation and how to achieve it than mistrust of employees. The debate that surrounded her decision polarised into how best to generate insights and ideas critical to gaining a competitive edge in a fast-paced industry in which Yahoo! operates and how to work efficiently in the modern world, attract and retain talent. Her ideas are exemplified by the image of impromptu face-to-face meetings around water-coolers and coffee machines creating a melting pot for innovation and allowing for the free exchange of ideas and the possibility of quick meetings being organised within an office to react to both ideas and change. The contrary argument suggested that those who worked from home could be far more productive without the full range of workplace distractions and noise.

The truth is actually far more nuanced than either side of that debate would let on. Some work probably is best done at home, but never having direct staff interaction would be damaging to most businesses.  It depends on the kind of work an employee is doing and where they are best doing it.

Marissa Mayer took over a declining business and clearly needs to focus on innovation to claw-back  market position and advertising revenue. Most employers are primarily concerned with recruiting and retaining talent, delivering their services or products efficiently and want to manage staff to get the best performance from them. Yahoo! is no different.  Marissa Mayer may have sacrificed home working in the drive for innovation, but she still needs talent to create and deliver those ideas. Competing with other Silicon Valley companies, she recently doubled paid maternity leave to 16 weeks for US staff (she only took two herself, but did build a nursery in the office next door!). New fathers got eight weeks paternity leave and new parents are given $500 to welcome baby.

For some, in the background there is the lurking fear that working from home is a synonym for not working at all.  In fact there are many tools available to employers today to monitor employee performance from online ‘keystroke’ tools to output measurements. Organisations are normally able to record employee performance. It is true that on working from home employees will often fit their working time around other commitments. Coffee will be made numerous times, the washing machine will be emptied, bills get paid and someone may come round for lunch. However, the net result might not be unproductive. There are some tasks which are better done away from distraction and interruption and the gains made in quality and speed on those tasks by someone working from home can be significant, as can the gains in employee goodwill where this fits with their lives. There are equally occasions when face-to-face meetings will inevitably achieve more than any number of telephone calls, emails or video conferences can.

There are reportedly 1.35 million people working in the UK whose main work is freelance and a further 200,000 do freelance work as a second job. This represents an increase of 11.9% between 2008 and 2011. The number of firms using remote or teleworking staff has risen from 13% to 59% in the last 5 years and 82% of part-time workers are actively choosing part-time work to fit around their life circumstances. A recent CIPD survey indicated that approximately 75% of UK employers felt that implementing such practices had a positive impact on talent retention, motivation and staff engagement.