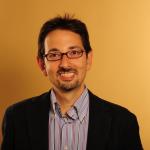 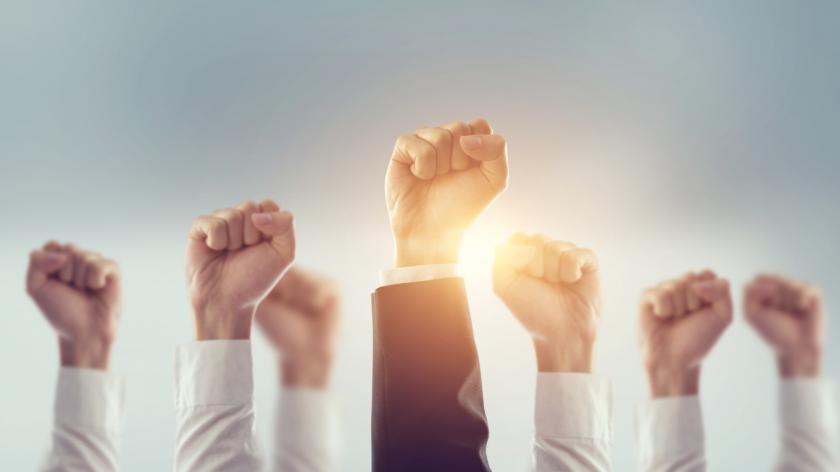 oatawa/iStock
fists raised in the air

Academic research highlights the need for HR departments to focus on the positive impact individuals can have on an organisation when they are genuinely motivated by its central mission.

My co-author Professor Howard H. Yu (IMD) and I have taken a fresh look at research previously undertaken between the 1970s and 1990s by Joseph Bower (Harvard), Henry Mintzberg (McGill) and Robert Burgelman (Stanford) on management and leadership as well as challenging some of the ideas put forward by Steven W. Floyd and Bill Wooldridge (currently at U Mass) in their work on the role of the middle manager.

Discretionary effort has become something of a Holy Grail - employees who go the extra mile are highly sought after and ought to be rewarded accordingly.

Motivation and reward (incentives) have long been key elements of any people development strategy and it is generally accepted that most employees would do a bit more if they felt that they would get something out of it for themselves.

Encouraging discretionary effort has become something of a Holy Grail - employees who go the extra mile are highly sought after and ought to be rewarded accordingly.

When it comes to the issue of motivation, one of the main typologies of motivation used worldwide is Herzberg’s, which distinguishes between intrinsic and extrinsic motivation.

With intrinsic motivation, we do something because it is rewarding while doing it and find it enjoyable.

Extrinsic motivation, on the other hand, is when we do something because we want to avoid something unpleasant – such as a punishment – or think we’ll get recognitions or monetary compensation in return.

We identified a third motivational dimension which we named ‘mission-centric’. This definition is related - but not identical to - Wharton Professor Adam Grant’s notion of ‘prosocial motivation’ a decade ago.

This described a desire to expend effort based on a concern for helping or benefiting other people. Grant also found a link between prosocial behaviour and job performance: people who want to help others rather than feeling that they are obliged or ‘supposed’ to help are more productive and, he suggested, more creative.

Our definition goes broader...it refers to mission accomplishment, and thus encompasses any kind of mission, goal or objective that could benefit both the organisation as well as the individual.

One reason for this is that their openness to the viewpoints and perspectives of other people makes them more receptive to new ideas.

Our definition goes broader. It is broader in that it refers to mission accomplishment, and thus encompasses any kind of mission, goal or objective that could benefit both the organisation as well as the individual.

One example of mission-centric motivation cited in our research is Rosanne Haggerty, founder and former President of Common Ground, an association founded in 1990 to address a critical need for permanent supportive housing for New York City’s chronically homeless population.

Although Common Ground was widely hailed as a success, Haggerty was concerned that a group of individuals described as ‘recalcitrant’ remained homeless and refused to engage with the organisation’s services.

For her, this was an unacceptable situation and a challenge to overcome. So while she could tick off the box, ignore that neglected population, or move on to some new goals while basking in the received accolades internationally, she decided to undertake a radical redesign of the organisation’s activities, moving away from managing shelters and towards co-ordinating resources across communities.

Mission-centric motivation is something that should be considered important at every level of an organisation, be it for profit, not for profit, governmental or civic.

It was her strong motivation for the mission of the organisation that motivated her to keep pushing for improvement.

A similar – if overused - example of such focus is Steve Jobs’ obsession with the minutiae and ease of use of Apple’s products and his notorious personal involvement in the business’s mission, vision and strategy – the complete antithesis of the notion of ‘bottom-up’ strategy.

Mission-centric motivation is something that should be considered important at every level of an organisation, be it for profit, not for profit, governmental or civic.

HR departments should also take it into account in their decision-making when selecting, retaining, promoting and rewarding employees. In this way, managers can make clear how individual effort contributes to the organisational mission and can factor it into the organisations reward and compensation structure.

Xavier Castañer (PhD, Minnesota) is Full Professor of Strategy at HEC Lausanne, the business school at the University of Lausanne.

His current teaching and research interests revolve around corporate governance, strategy and development, in particular alliances and acquisitions. He is also interested in organizational innovation and...

All too often motivational initiatives are put in place to drive performance at an individual level. So I couldn't agree more that this mission-centric approach should be adopted by more employers. It is essential that employees work towards a common purpose and that reward and recognition (at least in part) should reflect that core mission.

Hiring new employees that stay with your business through the years isn't as easy as you think! I've learnt my lessons running my own business for storage. When you're providing a service to people, you have to be careful about who you choose to retain too. It helps if you spend some time with them and train them to be a good worker!