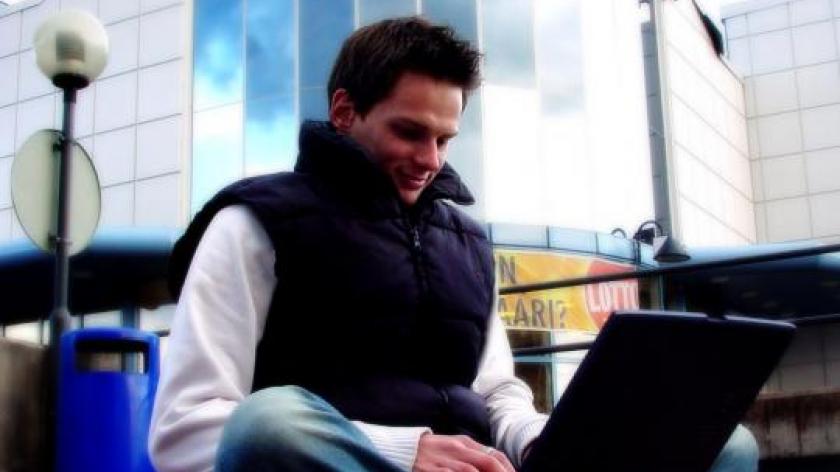 The future of flexible working in the 21st century

This article was written by Eileen MacMahon of law firm Dundas & Wilson.

When Marissa Mayer's recent memo banning Yahoo employees from working from home was leaked to the press last week, a lot of us questioned whether the UK Government's stance on the promotion of flexible working was still relevant.

Mayer, whose appointment as CEO of Yahoo last year was heralded as "trailblazing" (not least because she was six months pregnant at the time), has reportedly called Silicon Valley staff back to the office citing that "speed and quality are often sacrificed when we work from home."

This decision to allow flexible working in only the most exceptional of circumstances is, for some, proving a bitter pill to swallow. Mayer's decision appears to centre on the belief that a physical presence in the office improves communication and collaboration; a sentiment which seems to be shared by a number of high-profile executives in the days since Yahoo's supposed stance on home working became public.

The head of British Vogue, who like Mayer, is a working mother at the top of her profession, has admitted that her instant reaction when an employee makes a request to work from home is to say no. This reaction while no doubt typical of a number of employers may have to be abandoned if the Government's plans to introduce the right to request flexible working for all are brought into force.

The current legal position is that only employees with caring and/or childcare responsibilities have the right to request flexible working. In the Children and Families Bill there is a proposal to extend this right to all employees with 26 weeks' service regardless of the reason prompting the request to work flexibly. If this Bill comes into force, it is expected to become law in 2014.

Coupled with the extension of the right to request flexible working is a proposal to simplify the unnecessarily complicated rules governing how that right is currently exercised. There is little doubt that this change will be welcomed by employers. The Government is proposing to make the right to request flexible working much more user-friendly by removing strict statutory rules and replacing them with a code of practice and accompanying guidance.

A draft code of practice has been produced by Acas and was published at the end of February. Quite interestingly it states that employers should always approach requests to work flexibly from the "presumption that [you] should grant them". Commentary on attitudes towards flexible working in the wake of Marissa Mayer's leaked memo suggests that this might be somewhat of a cultural shift.

A study by the telecommunications group O2 found that while 75 percent of employers claimed to encourage flexible working among employees; less than 20 percent of staff agreed. Figures suggest that there is a feeling among staff surveyed that their employers pay lip service to flexible working while harbouring a preference for traditional working practices. A similar study conducted by the Institute of Leadership and Management found that there was a perception among managers that working flexibly could be "career limiting".

This ties in with research published by the London Business School last year on the correlation between "passive face time" and career progression. In essence, the study found that managers attributed specific character traits to employees who were physically present in the office (or more specifically, seen at their desks outside normal working hours). These employees were labelled "responsible", "dependable" and "committed"… a depressing thought when you consider the time and money spent on implementing family-friendly working practices over the last few decades.

So following Marissa Mayer's alleged retreat from home-working and the studies mentioned above indicating that working flexibly is career limiting can we expect to see a volte face from the Government on its plans to extend the right to request flexible working to all? Hopefully not.

Without suggesting that we become a nation of tele-cottagers, running businesses from our own living rooms, considering flexible working in only the most exceptional of circumstances is (despite the obviously discriminatory risks) a truly regressive step. Time spent in the office is important for relationship building but a retreat to a classroom dynamic cannot surely be the way to get the most from staff. Especially not the so-called Y Generation whose "work to live not live to work" attitude is set to cause ripples in UK workplaces.

The Y Generation are, loosely speaking, those born between 1982 and 2000, who according to sociological research are civic minded and seeking meaningful, flexible work that will not take over their lives. The Y Generation (also called the Internet Generation or the Peter Pan Generation – by virtue of the fact they can expect to live with their parents until they are well into their 20s) wish to be evaluated on the outcomes they achieve rather than the hours they keep. Unlike their Baby Boomer parents (or Generation X who followed suit) this new generation of employees are likely to be far less apologetic or guilty about only working to their contractual hours. Therefore the expectation that employers will consider requests to work flexibly (whether it is to care for a relative or write a novel) is only going to increase.

Whether or not employers will embrace or encourage the concept of flexible working for all remains to be seen. The mantra that speed and quality of work are compromised when employees are not physically present in the office will no doubt continue. However, the success of flexible working really depends on whether there is trust between employer and employee. If you trust an employee to get on with their work instead of sitting at home watching Bargain Hunt then in the majority of cases work will be produced on time and you will be rewarded with loyalty. As Stefan Stern, visiting professor of management practice at CASS Business School, London says "we should be worrying more about what people do and how they do it, and not where they do it."