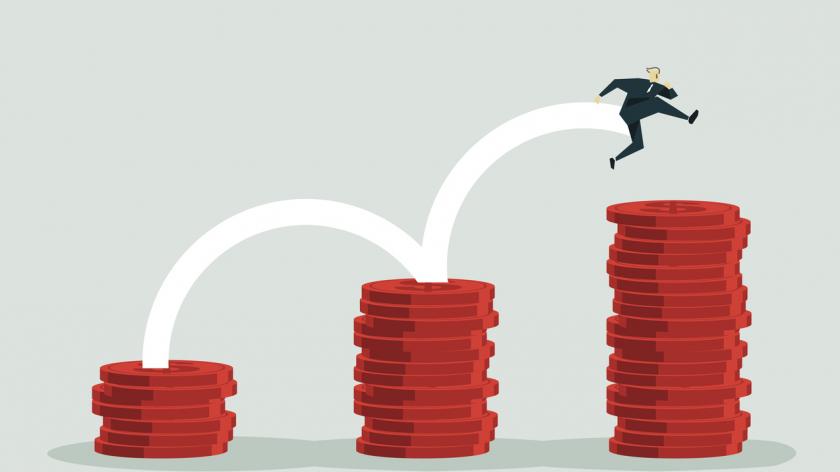 Pay as an engagement tool: time for a rethink?

Salary incentives have historically been used as a way of boosting employee performance, but do increasing economic pressures mean companies need to find alternative ways of engaging staff?

The sticky issues of restrained wage growth and talent shortages are not going away. With pay budgets continuing to hover around 2-3%, any form of differentiation based on performance or contribution has been difficult. All too often the default has been the ‘peanut butter approach’ of merit: increases spread evenly across the board.

Yet we want reward to do so much more: recognise high performance, buy in required skills, retain future talent identified through succession planning, fight off specific market threats and ensure pay equity internally and externally.

50% of millennials said they would be willing to take a pay cut to secure a job that aligns with their values and ambitions.

The power of intrinsic reward

In response, businesses have been grappling with how to overhaul their reward proposition in order to compensate for a flat-line in salary. Commentators started questioning the true power of cash to motivate in today’s working environment.

Dan Pink talks about money actually being a “dissatisfier” and Tammy Erikson says “meaning is the new money”, and how intrinsic rewards can be more motivating than extrinsic.

Deloitte’s Millennial Survey expressed the view that millennials primary motivation isn’t directly related to money. It cited that 50% of millennials said they would be willing to take a pay cut to secure a job that aligns with their values and ambitions.

In response to this belief, that intrinsic reward is more effective as a motivator, we’ve seen growth in the reward and recognition (or the non-cash reward sphere) in an attempt to tackle engagement beyond the pay packet.

Yet pay is still central to the relationship between employer and employee - it allows you to build a foundation from which to drive employee engagement and those activities that deliver intrinsic value to employees.

Ultimately, if pay is not managed well it undermines all other engagement efforts, otherwise known as Motivation Crowding Theory.

Recent surveys have suggested that there is a direct correlation between perceptions of pay fairness and employee engagement.

Exit interviews show that more often than not when an employee leaves for reasons relating to salary it is more to do with whether they thought they were being paid fairly rather than the absolute amount they were paid.

In fact, pay transparency is emerging as a key theme in reward management, partly driven by equal pay legislation and regulatory initiatives, but also by the changing expectations of employees who have easy-to-access pay information online.

If you are not having conversations with your employees about pay then you can be sure they are having amongst themselves and if they can’t get pay information from you they will source it from somewhere else, which may not be accurate.

Be more creative with salary budgets

At the start of this article I outlined how pay budgets were under pressure and having limited effect. The frustrating thing is that when we are talking about 2-3% of your company payroll that is not a small number.

Payroll is frequently one of the most significant expenditures and in some industries, such as the service sector, it is the largest cost. So what is going wrong?

Let’s take a look at how we sometimes approach the annual pay process. We set the budget by looking at what everyone else is doing (a generalisation perhaps, as we also consider affordability).

But often it is a case of: “OK the market is moving at 3%”, or “our competitors are paying 3%, so that’s what our pay budget should be”. This is a sheep-like approach.

Then we communicate to our managers and employees that the pay budget is 3%. In order to differentiate pay for key talent we often push this through a merit matrix - our high performers get 5%.

Our lower performers get 0% or 1% - how do they feel? In fact, who actually ever admits to themselves they are a low performer?

Rather than following the flock maybe we should we think more about what budget is needed to invest in the talent required for our own business and start considering salary increase budgets as a strategic investment tool?

As the employment relationship continues to shift to be more employee centric, our employees are likely to want more flexibility and options in the make-up of their reward packages.

Is it time for real-time reward?

In today’s agile business environment how many employee lifecycle events that might trigger a pay adjustment actually happen on a strict annual basis? So, is it time to consider real time reward?

We know that managers want to be able to benchmark their employees on an on-going basis and allocate awards when effort takes place, or in response to an immediate competitive threat and to ultimately be more in line with project, team and skills based approaches to working. Then throw into the mix the power of instant recognition as a powerful motivator.

As a reinforcement mechanism a once-a-year payment schedule is too infrequent. Like any reward or feedback, compensation works best as a motivator when it comes as soon as possible after the desired behaviour.

Instant rewards reinforce instant feedback in a powerful way. It’s the same principal that underpins recognition schemes. As a result some employers are now considering how they might use real-time reward.

Ad hoc or spot awards are nothing new. But many stopped using them because pay changes were happening under the radar with a general lack of governance. Allocation often undermined pay for performance plans or compensation principals, because they were managed out of context.

What is interesting is neither of these reasons are employee centric, these are more process issues. But compensation technology is now evolving and can provide the decision support to ensure equity, governance and transparency when allocating ad hoc awards throughout the year.

But if you are considering using real-time reward as a more creative way of managing pay be aware that this is not a one size fits all and it will be more appropriate for some talent groups than others.

As the employment relationship continues to shift to be more employee centric, our employees are likely to want more flexibility and options in the make-up of their reward packages.

Organisations need to be more innovative in how they allocate pay budgets, consider different types of talent and think about what they respond to and what they would like to see.

Restrained wage growth is set to stay for the short term so it’s definitely time to throw away a few rule books or traditional approaches and try something new.