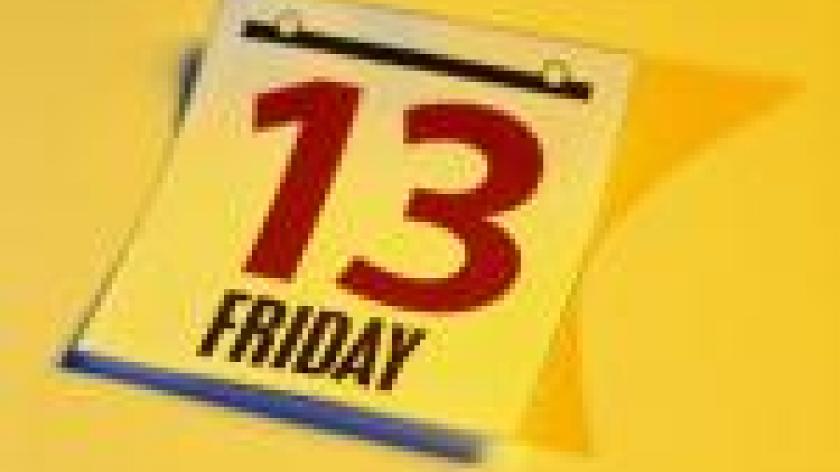 How to cope with Friday the 13th (and other superstitions)

Fear of the number 13 is so common that there's actually a word for it: Triskaidekaphobia.

Many employers are affected by peoples' fear of this number and have had to change their practices to accommodate it. For example, buildings often avoid naming a 13th floor, while airlines report that every time a Friday 13th appears in the calendar, flight bookings drop. I've even heard financiers say that investments are sometimes deferred in order to avoid that day. Psychologists include superstitions among a wider range of human traits collectively called ‘magical thinking’. This ranges from a harmless belief in fairies through to mildly disturbing views on the paranormal and potentially more harmful beliefs such as fanatical religion. Magical thinking perhaps demonstrates the gullibility of humans. Track events on Friday 13th and compare the results with any other day and, unsurprisingly, there's no difference. In fact, if anything, Friday 13th is a slightly safer day than usual! A Dutch insurance company study in 2008 showed there were fewer accidents on Friday 13th as people were took more preventative care. However, all of this evidence doesn't necessarily stop people being limited by their superstitious beliefs. In a business context, certain staff call in sick, others will avoid making important decisions and some will treat every tiny incident as proof of something bigger and more sinister. So if any of your team are being limited by these beliefs, what can you do? Hypnotherapy can sometimes help, but it is only beneficial to some people and relapse rates are high. Cognitive Behavioural Techniques are generally more effective and sustainable though, particularly if they're combined with modern acceptance-based approaches such as Acceptance-Action Therapy. This combined approach may involve challenging beliefs using an evidence-based approach, learning to accept any feelings such as anxiety and confronting the superstition concerned through behaviour change.  Most people, most of the time, act in whatever way their inner experiences, which include feelings and beliefs,  tell them to act. If we believe that doing things on Friday 13th is risky or dangerous, we'll try to avoid doing things on that day. Likewise, we'll also avoid doing things that make us anxious. This is hardly surprising. But what most people don't realise is that, whenever we act in accordance with a feeling or belief, we reinforce the programming that's driving that feeling or belief. Our mind gets a message that the belief must be true...otherwise why are we behaving in that way? Conversely, if we repeatedly act in the opposite way, we’ll undermine the belief.  If you feel that you have a belief that's limiting you and, therefore, needs tackling, I’d suggest the following:

Do this repeatedly and the limiting belief, and any anxious feelings that it may generate, will soon disappear. Over time, you’ll find that removing limiting beliefs such as irrational superstitions will make life easier and less 'restricted' and, as a result, productivity - and life satisfaction - will increase. During my years in practice as a chartered psychologist, I’ve seen a lot of clients with a wide range of superstitious beliefs, some far more limiting than an irrational fear of Friday 13th, and all have found that by consistently applying the steps above, their beliefs have disappeared and their lives have improved.  Graham Price is a chartered psychologist, a chartered member of the British Psychological Society and accredited member of the British Association for Behavioural and Cognitive Psychotherapists.  This article was first published by our sister publication, www.Businesszone.co.uk.