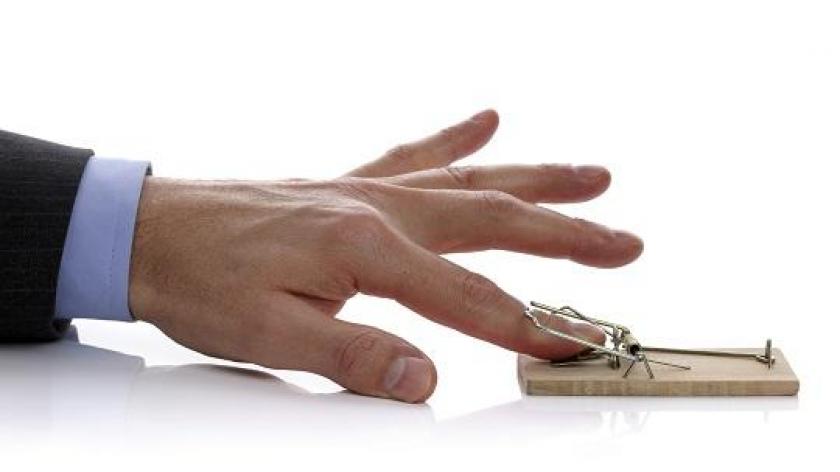 Exploring the link between emotional control and success

One of the underlying assumptions about success in business is that we have to control ourselves and our emotions. For most of the last century emotions have been a ‘dirty’ word in business. The British stiff upper lip is seen as the pinnacle of control. Emotional Intelligence (for more on EI, read my previous article, Can neuroscience enhance acceptance of Emotional Intelligence?) has at its heart the ability to understand the emotions of others and manage them in ourselves. So what’s the science behind emotional control and how can you use it to enhance your success?

The link with success

Research by Walter Mischel, back in the 80s is probably still the most cited example of the impact of control. In a long-term study now known as the ‘Marshmallow Test’, the scientists showed the close link between self-regulation and success in several life areas. The research carried out at Harvard tested children’s ability to wait for a treat – the marshmallow. You can see an example of the test here. It is a video of the perfect agony of control. Mischel and his team found that the most successful children, the ones who waited for the treat, had strategies for distracting themselves from the yearning. Years later, following up with the participants, Mischel found that the children who were able to resist outperformed their peers on several scores including academic results, income and social success.

Like the children, those who understand their own thoughts and feelings - that is, that they are good at meta-cognition - are also more able to direct attention away from what is immediately attracting them and to remain focused on their goals

Mischel and co. believed the test measured self-control. However recently questions have been asked about whether the research was also measuring other factors, such as intelligence, that could ultimately lead to the differences in success  years later. Angela Duckworth and co in Personality and Social Psychology Bulletin  July 2013 looked at this more closely.  You can see her talking about her work here

In this study, performance on the delay-of-gratification, marshmallow type test, was corelated to both home based ratings of self-control, and measures of intelligence. The ability to control and wait did not predict anything on its own. Instead, higher self-control at age four predicted higher standardized-test scores, higher GPAs and lower body mass indices in ninth grade (it was an American study). The researchers believe that grade point average in school is a better predictor of future success because GPA reflects a combination of overall ability level and willingness to work hard in school. Self-control is related to people's ability to work hard to achieve their long-term goals.

It is also worth being aware of a recent study by Evian Gordon that produced evidence that people who have the greatest self-regulation, especially those who are good at emotional resilience, are also more productive at work, so there is a clear business case for teaching people these techniques.

Several studies have found that children who have high levels of self control at a young age are more likely to do well in later life and adults who have strong emotional control do better at work. If you are prone to give in to short-term temptations you might want to read on to understand some of the self-control techniques.

As social animals we are primed to relate and engage. But social interaction has its stresses; different things can trigger our ‘hot buttons’ and negative behaviour such as harsh comments, sudden outbursts and emotional sadness.

What’s happening in the brain is that the prefrontal cortex is taken over by the limbic system, a set of structures in the brain responsible for our emotions and the formation of memories. When we are “triggered” our limbic system takes over. This is known as going limbic; in extreme cases this can result in the amygdala hijacking our thinking brain resulting in memory blanks and freezing. Memories and emotions are intrinsically linked. Remembering an experience which has a strong emotional element can activate a limbic response. This can be positive like your first kiss, assuming it was a pleasure, or negative like an embarrassing work incident. Emotional control or regulation is about understanding the triggers and managing to avoid them or deal with the consequences in an effective way.

Matthew Lieberman of UCLA  has examined both the painful and the pleasurable aspects of social living. In his article The pains and pleasures of social life he describes that the brain uses similar circuits for physical and social pain and pleasure.  The reward network that is activated for physical pleasure, such as when eating is also activated when we co-operate with others or give money to charity. In the same way, the networks that are active for physical pain are also active during social exclusion.

It’s in the mind

It’s possible to manage negative triggers by using priming which is the implicit memory in which exposure to a trigger influences response to a later stimulus. For example, if you decide to buy a particular brand of car you seem to see them everywhere. Your brain is unconsciously primed to be on the lookout for this car.

We can prime our brains in a negative way. Think of a ‘bad morning’; you have had a poor night’s sleep, you sleep through the alarm, then you spill your coffee on the way into the office only to find you have forgotten some important papers you were preparing at home. You say to yourself  ‘this will not be a good day’ and it will not be! Your brain has been primed to be on the lookout for everything that goes wrong. You can of course also prime your brain to notice the positives in your day.

Self- regulation is used every day in many situations, with varying success. Different strategies have different implications for you and those around you. For example, amazingly scientists have found that our stress leaks through our skin and infects others sitting close to us. A really horrid thought picture. It is one that as a mother I cringe at as I wonder what stress I have passed on to my children over the years. But in work it adds an additional responsibility on colleagues. Don’t infect the team!

James Gross has developed a model of emotional regulation and the pros and cons of the different methods, from avoidance through suppression to reappraisal.

Gross has made the point that all of these techniques require practice and like a muscle the more we practice the more the ability builds. This occurs whether it is a good technique i.e. it brings with it multiple benefits like mindfulness or a poor technique like suppression that has unintended consequences. So when your colleague asks for space to think about an issue that is stressing them respect the request. Also ensure you are training yourself and your leaders in the good techniques because we are all quite adept at the poor ones.

Interesting article.  Another technique might be labeling or naming the emotion.  Somehow through doing this it tends to take some of the emotional charge out of the feeling.

Yes you are right this is another useful technique and the research sows it is successful a calming the sense of threat.

Thank you for the reminder

and of course while many leaders think they are great at suppression, not realising the negative impact it is having on them, they also don't realise how easily others pick up that an emotion is being suppressed.  So if a leader is angry, everyone knows it, however hard they try to suppress the anger.  In the longer term it would almost always be better to say you are angry (labelling, yes thanks for the reminder) and move on.

Jo you are exactly right. we have more on that topic coming up in  a future blog on Presence