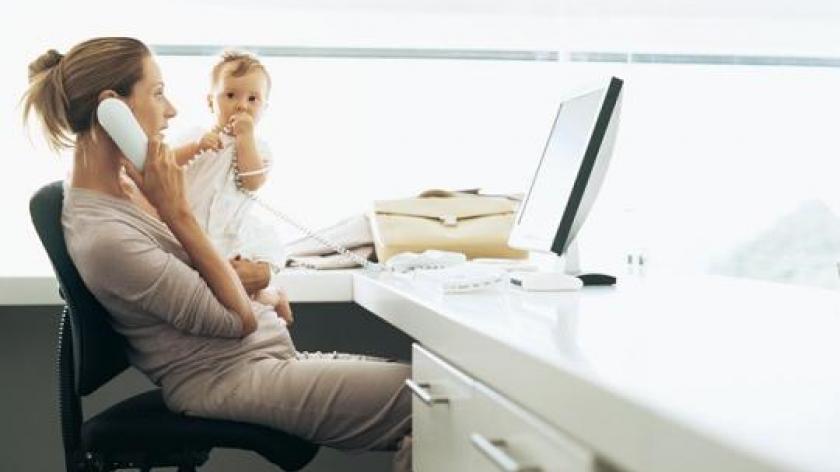 Nearly 40% of managers avoid employing working mothers for fear they won’t perform as well as their male colleagues, new research has found.

A survey of 500 managers by law firm Slater & Gordon has revealed that nearly half of bosses would resist recruiting a mother for a senior role, with 38% hesitant about hiring a mum for any role in the business.

Reasons for this included concerns that they wouldn't be as committed, would be unwilling to stay late, or would request more time off.

Over 40% of bosses also admitted to being wary of taking on women of ‘childbearing age’, amid concerns around the cost of maternity leave and the “hassle” of maternity cover.

Plus, a third thought that women were not as good at their jobs when they returned from maternity leave.

The ideal employee for the majority of managers was a married man with young children, the study claimed.

Request for flexible working and part-time hours were more of a concern for employers than suitability for the role, with 30% stating that this way of working didn’t benefit the business, and two in ten refusing most requests for it.

Yet just 9% gave consideration to a woman’s performance and contribution to the business, according to the research.

“It’s disheartening to see that employers are concerned about ‘presenteeism’ and flexible working arrangements rather than whether mums can actually do the job role,” said Rachel Harfield, lawyer at Slater & Gordon.

“It is shocking to hear that there remains such a disparity between how working fathers are viewed by employers compared with working mothers. This shows the importance of the need for both a cultural and legal shift where both mothers and fathers are viewed as equal care givers.”

Every employer must ensure they remove any barriers, either conscious or subconscious, that limit womens’ progression in the workplace, she added.

“There is a clear need for the government to consider educating employers and working with business owners to discuss the value that mums can bring and raise awareness of these issues and how to tackle them," said Harfield.

Employment relations minister Jo Swinson said: "Pregnancy discrimination is illegal, immoral and completely unacceptable. There is no excuse for such attitudes from these employers, who frankly are dinosaurs. British business simply can't afford to lose out on half of the available talent pool.

“In any event, the introduction of shared parental leave from April will mean men as well as women taking leave to look after their new baby. This will help to stamp out outdated stereotypes about who should do what, and let parents get on with making their own decisions about how they manage work and family life.”

It’s certainly disheartening to see employers dismissing female performance in the workplace. From my experience, mothers make a valuable contribution to business, but organisations need to support them with flexible benefits so they can fully take advantage of this valuable talent pool. Our research indicates that only a small minority of companies accommodate working parents – specifically female parents – in their benefits schemes. For instance, only 4 per cent of companies provide onsite child care and changing stations.

Whilst 58% of companies surveyed did offer flexible working hours, a lot of work still needs to be done to change the mindset of organisations towards workers who choose a flexible schedule. These types of initiatives allow workers to find a balance between being a parent and being a value-adding, high-performing employee.

I’d like to see a concerted effort being made by organisations to drive cultures which appreciate output and delivery. It is only with these priorities in place that the contribution made by working parents can be fairly recognised.