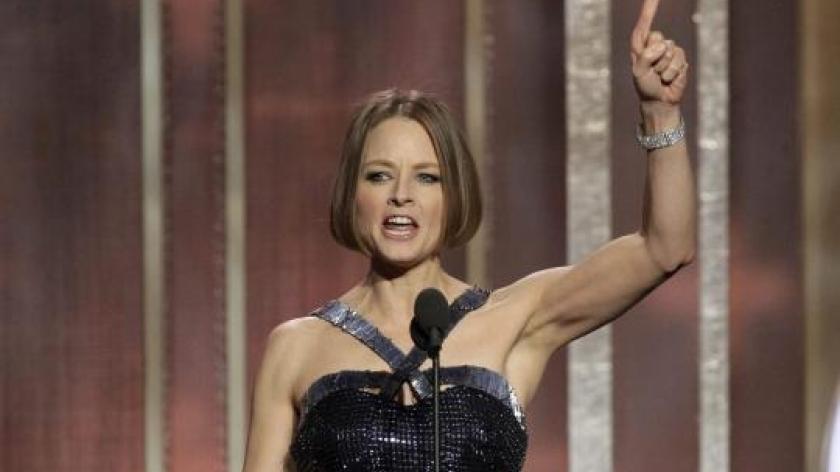 Jodie Foster’s Golden Globes speech, in which she made her first public acknowledgement of her sexuality, perfectly illustrated an excellent and moving speaker whose powerful use of rhetoric enraptured her audience.

By looking at Foster’s speech, which came after she accepted the Cecil B DeMille award for lifetime achievement, we can shed light on the principles of Behavioural Intelligence, and how they can be used to electrify speeches delivered by leaders in all spheres, whether they are part of the arts, politics or the business world. Like many great speakers Foster expertly time travels between past and present, which reiterates that what she is saying about her sexuality represents a long journey for her personally, but it is only now that she has found the courage to talk about it on the public stage. As an audience, we felt touched and privileged that she was sharing such a major part of her life with us, albeit it somewhat reluctantly. Leaders who have the courage to be honest and confront their fears publicly will get the audience to hang on their every word. In the right circumstances showing vulnerability and sharing aspects of your private life where relevant will make your speech memorable and moving. "So while I'm here being all confessional, I guess I have a sudden urge to say something that I've never really been able to air in public. So, a declaration that I'm a little nervous about but maybe not quite as nervous as my publicist right now, huh Jennifer?" See how Foster weaves between past and present to underpin the importance of what she is saying, not just about her sexuality but privacy too. She then uses this to make a statement about the wider world, which piles even more power and impact to the words: "I already did my coming out about a thousand years ago back in the Stone Age, in those very quaint days when a fragile young girl would open up to trusted friends and family and co-workers and then gradually, proudly to everyone who knew her, to everyone she actually met. But now I'm told, apparently, that every celebrity is expected to honor the details of their private life with a press conference, a fragrance and a prime-time reality show." What is so moving about Foster’s speech is that she shows a visible conflict about acknowledging her sexuality publicly and one of her core values – privacy. In the following section of her speech, we really get a sense of Foster’s torment with this issue. She maintains privacy as long-held value, but at the same time challenges it. "But seriously, if you had been a public figure from the time that you were a toddler, if you'd had to fight for a life that felt real and honest and normal against all odds, then maybe you too might value privacy above all else. Privacy. Some day, in the future, people will look back and remember how beautiful it once was. I have given everything up there from the time that I was three years old. That's reality-show enough, don't you think?" As a leader when was the last time you showed what you stood for? It is essential to be honest about your personal values and any conflict you have with them. People will listen, knowing that what you say is authentic and coming from the heart. It is hardly surprising that a speech delivered by a seasoned actress was full of drama, but it is still worth noting how Foster uses language and pictures to create an impact. Business leaders can learn a lot from the acting world. Whatever, the purpose of your speech it is important that what you say can be visualised in people’s minds. "Looking at all those clips, you know, the hairdos and the freaky platform shoes, it's like a home-movie nightmare that just won't end, and all of these people sitting here at these tables, they're my family of sorts, you know. Fathers mostly. Executives, producers, the directors, my fellow actors out there, we've giggled through love scenes, we've punched and cried and spit and vomited and blown snot all over one another - and those are just the co-stars I liked." Business leaders, take a leaf from Foster’s book. Silence a room by being brave and honest, and use images and language to get the attention you deserve.  Clive Hook is Programme Director at ClearWorth