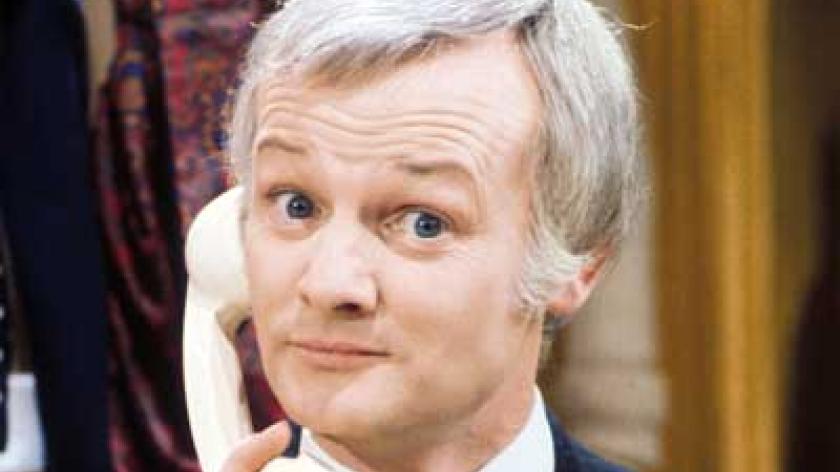 Are they being served?

With HR's attention well and truly focused on managing redundancies and pay cuts, has it taken its eye of the ball when it comes to employee engagement?

HR certainly has its hands full at the moment. If it’s not calming the waters post redundancy it’s pacifying those who may have pay, benefits or training cuts. However, in the effort to mop up the mess caused by the recession, it appears many companies have lost sight of what is important: Making sure the employees they do have are happy, productive and hopefully, there to stay.

In fact according to market research agency ORC International, those organisations that succeed in making employees feel engaged and positive about their work situation could see the difference between survival and administration. And while this all seems pretty obvious stuff, the reality is many organisations are ignoring the basics, which could be detrimental to the engagement levels of employees. So how can HR make sure it’s doing the best for the employee and the organisation in a downturn?

“You can get departments or HR leaders that can be very strategic long term and you can actually get those that are very short term but the trick at the moment, particularly in a recession, is to do both,” says David Fairhurst, head of HR operations at McDonalds. “You have to keep a vision, direction and sense of purpose and progress towards what you are trying to achieve long term, while at the same time managing the short term blips that might come and hit you. For some organisations, those blips are short term, some have a significant HR focus and for some they can become unnecessarily distracting.”

What do employees want?

While certain things, like respect, a safe working environment and some sort of job security are basic desires that all employees want, a downturn can exacerbate worry over losing their jobs and really knock people’s confidence. Hewitt Associates, a global human resources consulting and outsourcing company, recently announced the results of its annual Best Employers Study for Central and Eastern Europe. The study, which surveyed nearly 160,000 employees and 4,000 senior leaders in 11 countries, revealed that the best employers with highly engaged teams were successfully breaking the spiral of falling motivation.

The results showed that employees need to feel heard, involved and consulted but only 38% of them believe that their suggestions and ideas matter to the leaders while 19% felt that the leadership didn’t not consider them as a valued asset of the organisation. More concerning yet, only 46% of employees felt that they were well informed during organisational changes, which begs the question, why aren’t companies addressing this issue?

"I have gone to present findings to a company and have been cornered by HR before the meeting and asked to dampen the bad results around what staff are saying about the leaders, it’s unbelievable."Wayne Clarke, Best Companies Group

Wayne Clarke, managing partner of Best Companies Group, the creators of the Times 100 Best Places to Work list, drew out some interesting data while collating the results of the 2009 list: “We have seen an increase in the number of people that are concerned about the economic climate – in fact we asked that question specifically this year in the data,” he explains. “But what is more interesting is that the most important factor that we measure is leadership, and in organisations that say that they have faith in their leader, 54% of them are concerned about the economic climate, while the organisations where they don’t have faith in the leadership, 74% will be concerned about the economy,” he adds.

In addition, says Clarke, companies often take their engagement results and begin to develop strategies in their senior management teams but forget about the shop floor staff, many of whom are the first to go during bad times. “They forget the majority of people filling in the surveys are not leadership teams. And if you want to improve you engagement score, it’s pretty simple; improve the experience of the working environment for the guys on the front line – if you do that you get a better survey result.”

On a practical level companies have to continue to engage with employees because they are going to be with them at the end of a recession but unlike the good times, the means of engagement change when a recession is nipping at your heels. “Think of engagement on the most simple level which is creating a mutual value between the employer and staff, you do things for me and I do this for you, but the reality is that there are things that will happen to you during a recession to which you need to respond to,” says Fairhurst.

“For example a younger employer may never have experienced a recession that they remember. The Google generation are emotionally the neediest generation ever, they never had the collectivism of world war, there is less parental support then there used to be so you have quite an unknown entity in how the Millennials will react,” he says.

“What happens when ma and pa lose their job and they become the bread winners of a family? Their psyche has never dealt with that, they might not have committed to an employer, might not have got a pension scheme going and all of a sudden, they are the breadwinner – so there are lots of unknowns in the workspace during a recession." To this end, McLeod encourages HR to think more creatively about ways to motivate and engage their staff such as looking for things that represent good value, ensuring that their pension payments continue or simply offering flexible working.

Interestingly Clarke notes that flexible working can have some significant benefits when it comes to how the employees view their organisation. “We did some results last year looking at local authorities and surveyed 60 local councils. The one thing we found from looking at their benefit offerings across the board was flexible working has the potential to move a company from the bottom 50 of the Best Companies list to the just under top 10 – it is that powerful, because what it says from a psychological perspective from the leadership is that they trust you,” he enthuses.

Talent management software providers, Taleo have conducted further research into engagement during a downturn and its findings reveal that now more than ever, engagement is a key factor in organisations surviving the effects of the recession. According to the study, concerns over future career options coupled with ineffective career appraisals are resulting in employee disengagement, which ultimately reflects on the bottom line as staff morale flags and productivity wanes.

“One of the links we know about is the one between engagement and productivity,” says Alice Snell, vice president, Taleo Research. “Companies are trying to do two things: decrease costs and improve productivity so if we look at the relationship between productivity and engagement, what we want to do is make sure that we are implementing robust talent management practices to boost engagement and therefore these highly engaged employees will be more productive for the organisation.

“You have to keep a vision, direction and sense of purpose and progress towards what you are trying to achieve long term, while at the same time managing the short term blips that might come and hit you. For some those blips are short term and for some they can become unnecessarily distracting.” David Fairhurst, McDonald’s

Yet while this makes perfect sense in theory Snell says that there is still room for improvement in many organisations: “If the employee feels that the company will be and can be successful and they are part of that it can really be effective. One way this can happen is through the visibility into career opportunities in the organisation so that’s saying: ‘Not only do we value you today but we want you to see yourself with us in the future,’” she enthuses. To this end, Snell suggests that companies focus on two key areas: offering good performance management and career enhancement.

“It’s a really important aspect of engagement that employees can feel that if they are being fully evaluated on their role and even in a situation where there needs to be a reduction in the workforce it is being done fairly and equitably. And they will feel much more engaged with the organisation is they feel it’s doing its role in providing those fair and frequent reviews, which are documented and used to sort through the workforce for skills, internal mobility, even succession planning - even if there is going to be a reduction,” she adds.

HR needs to pull its socks up

So we know that leadership is important, as is creating benefits that genuinely offer employees something worthwhile, but HR’s role in engagement during recession can be the lynchpin. However, Clarke has seen firsthand how HR can be its own worst enemy: “The biggest problem that I see is that many HR directors are not courageous when it comes to a face to face conversation between themselves and the board,” he says. “In fact I have gone to present findings to a company and have been cornered by HR before the meeting and asked to dampen the bad results around what staff are saying about the leaders, it’s unbelievable. For me there are some brilliant practitioners out there doing great things, but there are some who need to be more confident.”

Richard Doherty vice president of solutions consulting at Jobpartners agrees: “HR is a key, strategic issue for businesses and should have board level visibility. Successful businesses are all about good products/services and motivated/aligned employees. You can't have one without the other, so HR needs to step up and be counted - engage the executive board, sell the vision of an engaged workforce, and the bottom line benefits that will bring the business.”

Verity Gough is deputy editor for HRZone.co.uk, TrainingZone.co.uk and MyCustomer.com and writes the ever-popular ...