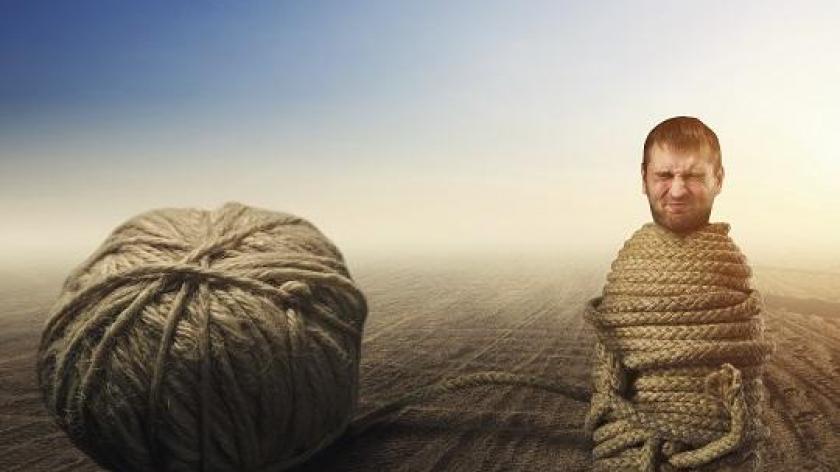 Are line managers holding back your talent?

It makes sound business sense to identify who in your organisation has the capability and potential to add real value in the future. When you know who your rising stars are, you can provide accelerated promotion opportunities and development programmes to nurture, engage and retain them. But what if you’re identifying the wrong people?

Line managers typically use a performance-potential matrix, often called a ‘9-box grid’, to review each member of their team. But because many organisations find it hard to articulate what they mean by ‘potential’, it’s often left to the manager’s gut feel whether or not someone is deemed to be ‘talent’. The process is therefore vulnerable to any psychological bias that the manager might have. Whether consciously or unconsciously, managers are inclined to see potential in others who look and sound like them, in terms of their background, education, gender and ethnicity.

In other words, if you’re compiling a talent pool - and you want to include the best people and those with the most potential - be wary of relying solely on the judgement of your managers.

When 360 degree feedback is used in the talent identification process, something very interesting tends to happen. Firstly, if you examine the ratings that managers give to their team members, you can create a rank order of the ‘talent’ in your organisation. But what happens if you remove the manager ratings and focus on the remaining 360 data? Look at the other ratings for the same people - from their peers, customers and direct reports - and it can completely change the rank order. A very different list of people could emerge as your talent.

What’s also interesting is that if you look at the specific competencies or behaviours that you’d like to see in your future leaders - such as strategic agility, emotional intelligence, commercial awareness, interpersonal skills and the ability to influence - you may notice that the names of other people will start to creep up your list.

Rather than simply relying on the opinions of managers - or the views of an interview panel, if a talent review board exists - organisations should take a more holistic and more investigative approach when identifying their talent.

Be specific about exactly what people in senior roles will need to do over the next three years; then, for each specific competency, think about who would have a valid opinion on that. For example, an individual’s peers may be well placed to assess that person’s ability to think strategically; direct reports might be able to rate their emotional intelligence. When you’ve decided on the best ‘assessors’ for each competency, you can then filter your 360 degree feedback data to show those people’s views of those specific areas of expertise. If you then rank people on this basis, you’ll soon see who has the potential to succeed in those roles.

This is simply a case of being smarter in how you use and interpret data. It may, at the very least, raise some questions about who is being put forward as ‘talent’ in your organisation. If individuals are being rated as having potential, by everyone except their manager, it could mean that there’s an issue with the manager-subordinate relationship.

However, bias may not be the only reason why a manager doesn’t rate someone as having potential. A blindspot could exist where they simply don’t see what everyone else sees in that person’s performance or behaviour. This might be an innocent mistake or it could be something more sinister. A manager may deliberately downplay someone’s skills because they’re good performers and they want to keep them. Equally, they may overplay someone’s skills in order to move them out of the team!

How bias can impact on talent decisions

Psychological bias comes in many forms. Here are some common errors in human thinking:

1. Confirmation bias. This encourages us to downgrade or overlook evidence or information that contradicts our preconceived ideas. It makes us actively seek proof that we’re right, because we don’t like to prove ourselves wrong.

2. Halo effect. A positive opinion about someone, or a single strong attribute, can colour our view of them. For example, if someone is competent in their current role, we might assume they have potential for greater things.

3. Horns effect. The opposite of the Halo effect, where we allow a negative view or experience of someone to taint our perceptions of other aspects of their performance.

4. Anchoring. This is where we subconsciously or consciously give things a greater weighting than they actually merit. For example, we might rely too heavily on one piece of information when making a decision.

Managers may not be wholly impartial when it comes to identifying talent but rather than removing them completely from the talent identification process, a better way forward would be to amend their role.

Rather than judging or rating people, they could engage in coaching-style conversations to help individuals build on their strengths, understand their development needs, set objectives and improve their performance. This more facilitative style could help people to process the feedback they’ve received, consider how they can do more of what they’re good at, increase their impact with their peers, better manage their direct reports and improve their relationship with their clients or customers.

Another interesting side benefit might also arise. If you tell people that everyone around them, not just their manager, is responsible for determining whether or not they’ll be considered as talent, imagine the impact on your work environment? It’s our natural inclination to up our game in any area that we’re assessed on, so you might find that people focus more on improving their behaviour in the workplace and their relationships with their peers and direct reports.

If you’re acting solely on the opinions of line managers, when you’re trying to spot potential, there’s a danger that you might miss the real talent in your organisation. Instead, use 360 degree feedback and think about who is really equipped to give an opinion on whether or not someone can succeed against the key competencies you require in senior roles. The right data from the right people can help you to make more informed decisions about your future talent.