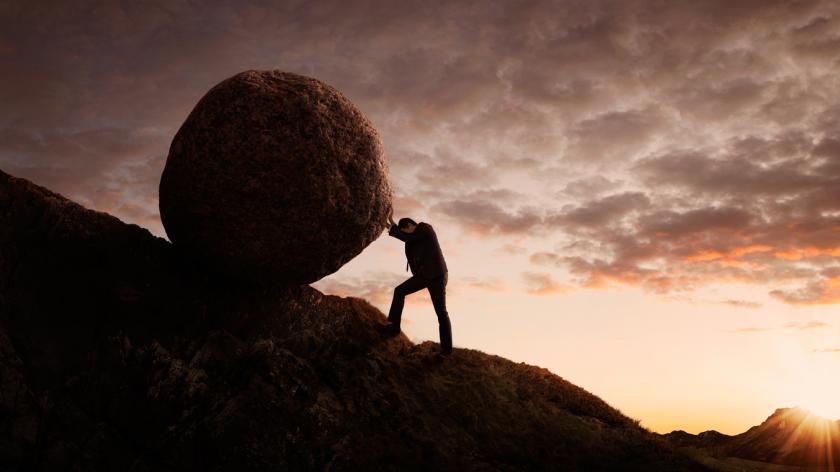 Working twice as hard to get half as far: the truth behind differential payoffs and penalties

Countless books and articles contain so-called secrets of corporate success. Much of this literature takes a formulaic approach to achievement, deciphering and detailing the dos and don’ts of garnering greatness.

Although there are pearls of wisdom embedded in such works, there is also an inherently flawed assumption. Namely, when it comes to climbing the corporate ladder, many behaviours are associated with differential returns or penalties, depending on the characteristics of those engaging in them. In short, what might work well for some may not work well for all.

This conclusion is not groundbreaking, of course. It is well known that individual differences in personality and proclivities greatly influence the efficacy of certain tactics. For instance, whereas engaging in political behaviour works especially well for some employees, it is ineffective or even counterproductive for others (Treadway, Ferris, Duke, Adams, & Thatcher, 2007).

What is unique about a growing line of inquiry is that markers such as racioethnicity and gender determine the magnitude of payoffs or penalties.

Many organisational decision makers either are motivated not to, or are too smart to, engage in discrimination directly by overtly favouring one group over another (also known as disparate treatment).

In one study, we found that innovation corresponded to higher levels of coworker mistreatment when the innovator was female.

On the one hand, white men benefit more from using an external labour market strategy (i.e. obtaining a job offer from a firm other than one’s employer) than women or minorities (Dreher, Lee, & Clerkin, 2011). Men reap greater returns from altruistic behaviour than women do (Heilman & Chen, 2005). Human capital investments such as training or education produce greater payoffs for white men than for members of others groups (Holtom, Inderrieden, & Kravitz, 2014; James, 2000). In fact, merely growing older confers greater salary benefits to white men than to minorities or women (Barnum, Liden, & DiTomaso, 1995).

On the other hand, women are penalised more than men at work for weight gain or obesity (Judge & Cable, 2011; Vanhove & Gordon, 2014), despite this variable often being irrelevant to performance. Moreover, minorities and women are punished more harshly than white men for being aggressive or making a mistake (Brown & Sumner, 2006; Walker, Madera, & Hebl, 2013).

My own recent collaborative research extends this line of inquiry to additional behaviours that likely appear in many recipes for success. From this research, it has become clear that stereotypes often form the foundation of differential payoffs and penalties.

For instance, in one set of studies (Luksyte, Unsworth, & Avery, in press), we challenged the notion that innovative behaviour is universally rewarded within organisations. Because innovation is more readily associated (stereotypically) with men than with women, it tends to be more easily recognised and rewarded when exhibited by men.

Ultimately, this resulted in men receiving performance appraisal payoffs for being innovative whereas women did not.

In another study, which didn’t appear in the final published manuscript, we even found that innovation corresponded to higher levels of coworker mistreatment when the innovator was female.

It is also commonly conveyed in the corporate world that people aren’t paid what they’re worth, rather they are paid what they negotiate. This implies that everyone should bargain with their employer if they desire to maximise their compensation.

This research should serve as an alert to a variety of ways discrimination may continue in spite of efforts to curb it.

We conducted a pair of studies that counter this notion (Hernandez, Avery, & Volpone, 2010). It seems racioethnic stereotypes lead to expectations that minorities negotiate less than members of the white majority. Accordingly, when minorities do negotiate, the low expectations lead their partners to overestimate how much they are negotiating and actually award them smaller salaries for pursuing their interests in this manner.

Finally, punctuality is widely considered a virtue, which leads many pundits to condemn tardiness. In the US, minorities are often stereotyped as unpunctual. Accordingly, we observed that self-reported lateness was related negatively to one’s perceived promotion potential for black, but not white, respondents (Luksyte, Waite, Avery, & Roy, 2013).

So does this research mean members of marginalised groups are destined to be less successful than their majority counterparts?

Of course not! But it does indicate that the secrets of success are apt to be more successful for some than for others. Such a reality can be intensely demotivating for individuals from minority backgrounds as it becomes clear that the proverbial playing field isn’t level.

This has personal costs for them, but also represents a more pernicious perpetual cycle. Because these individuals are demotivated, they actually become more likely to engage in behaviour that is stereotype conforming. As such, their employers (1) lose out on having fully engaged employees and (2) become less likely to recognise and correct the biases in the HR management processes that helped create this situation (i.e., differential payoffs and penalties).

For marginalised individuals, our research validates the common saying that “you have to work twice as hard to get half as far.” That said, Maxine Williams, Chief Diversity Officer of Facebook, recently said that a unifying factor among employees from marginalised groups is the desire to know they’re not crazy for thinking things are unfair in their workplaces.

In that sense, I hope that calling attention to this work is edifying and helps avoid the typical demotivating effects of discrimination.

For organisations, this research should serve as an alert to a variety of ways discrimination may continue in spite of efforts to curb it. Providing equal employment opportunities requires more than minimising demographic differences in outcomes (though this is a great start). It also requires ensuring that the recipe for success yields comparable payoffs and penalties for all.

Hernandez, M., Avery, D. R., & Volpone, S. D. (2010, August). Getting the short end of the stick: Exploring the role of racioethnicity in negotiations. Presented at the annual meeting of the Academy of Management in Montreal, Canada.

Vanhove, A., & Gordon, R. A. (2014). Weight discrimination in the workplace: A meta-analytic examination of the relationship between weight and work-related outcomes. Journal of Applied Social Psychology, 44(1), 12-22.