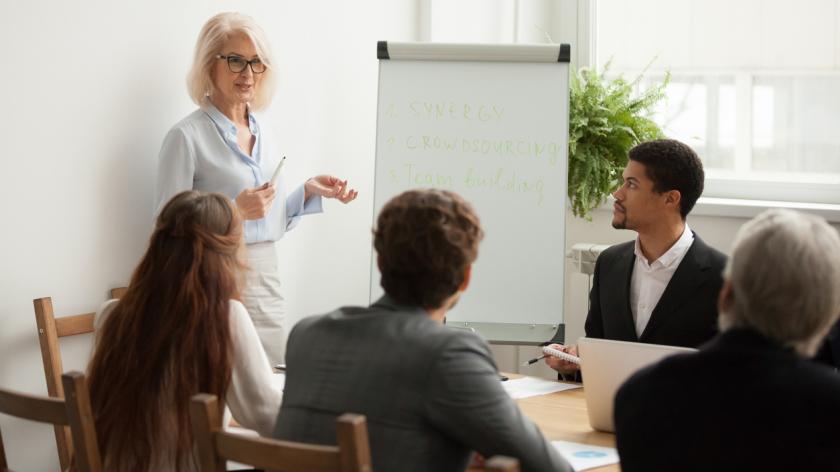 Do organisations really understand the value of leadership coaching and how can employees get the most out of the experience?

Increasingly I find the stated objectives of coaching (what we have to tell the organisation in order to get the investment) are out of sync with what we’ll actually be working on and where the actual value of the coaching will come from.

I’d like to end the facade. The ‘rules’ of coaching were developed nearly two decades ago and it’s time to question whether the fundamental assumptions on which these rules were based are now outdated.

We’re not in the Wild West anymore

I was one of the first accredited coaches in Europe before most people knew what a coach did. We could not have foreseen the technological, cultural, social, political and economic changes that have occurred in the last 20 years.

Coaching developed a head of steam during the early days of the 21st century - we were finding our way. Many organisations realised a little late that their leaders had found their own coaches unaided and unsupervised.

In 2004 HBR published a very good piece entitled The Wild West of Executive Coaching and expressed very neatly how many of us in HR and the coaching profession were feeling at that time.

We need to rethink some of the “rules” of the coaching relationship.

Order needed to be brought to the process to ensure coaches were accountable, that fees were within a certain band, that leaders were being supported by individuals who had credibility, skill and a professional approach.

It made sense then to impose some order on the chaos, but now I wonder whether we need to loosen up a bit.

In order to understand the real value of leadership coaching I’m going to share with you what really happens inside a powerful coaching session (versus what we all anticipated coaching was going to be about in the early 2000s) and consequently why we need to rethink some of the “rules” of the coaching relationship.

Organisations are now places of continuous change, instability and unpredictability. The pressure on our most senior people is immense. Most are sacrificing their family, their mental and physical well-being and their own sense of self in order to get the job done.

Most of my coachees turn up to sessions frazzled, angry, exhausted and unprepared for our time together. Our sessions usually start with a download of all their frustrations, disappointments and on-going dramas. Without this outlet they have nowhere to offload - it’s absolutely critical.

The pressure on many senior people is almost inhuman and therefore, the very least we can do is to provide them with a partner.

Sure, there is no measurable ROI from this part of our work together. But without someone to lean on, these individuals will break. They will make mistakes, they will start saying things they shouldn’t and they will (eventually) be signed off sick. Or they will leave in the hope they can find a job somewhere else that doesn’t feed so heavily in to their mid-life crisis.

Yet, deep down the myth persists that this pressure is manageable with the right techniques. It is my observation that, in contrast, the pressure on many senior people is almost inhuman and therefore, the very least we can do is to provide them with a partner, someone to lean on, talk to and cry in front of for as long as they feel they benefit from it.

When we insist that coaching focuses purely on deliverables, or that it must have a cut off date after which the leader should be able to stand on their own two feet, we ignore what’s really going on in the coaching session - people are being gently put back together again so that they can return to the warzone and carry on fighting for your business.

Leadership is not management by another name.

Management development (including management coaching) gives people the skills to manage: run a team meeting, present their plans, network better, motivate their teams and deliver on targets. Nothing wrong with that.

However leadership coaching should not operate at the level of management coaching. Here the coachee is encouraged to step away from the immediate issue and get into a disruptive mindset where anything is up for grabs in terms of re-thinking, dismantling and re-building.

Often the feedback of the line manager is part of the problem, based on the line manager’s own leadership failings, blind spots or inadequacy as a coach and therefore of little real value to us.

If we can’t trust leaders to use their coaching time wisely and get input when (and only when) they need it, then we’re really saying the individual isn’t a leader at all.

We trust them with multi-million pound budgets but we won’t let them choose what to talk about in coaching sessions - it doesn’t really make sense.

Twenty years ago coaching really was about leadership development in lieu of anything else. Frankly, it was quite easy - as long as I’d read more leadership books than my coachee I had some value to add.

These days I’m not working with flawed or poorly trained leaders. I’m working with exceptional leaders, people who really ‘get’ people and who want to work out how they can get out of their people’s way so that their people can do their best work.

Once the BMW (bitch, moan, whine) aspect of our session is over, we then get into deeply philosophical ideas. What is a leader actually for? What is the business there to do in the world? What is the leader’s calling? What are the limits we each put on our willingness to trust? When we look in the mirror what looks back?

By going broad, high level and philosophical about day to day issues we are more likely to shift mindsets at a fundamental level.

These conversations spring up from specifics, of course. The leader’s line manager seems to be making unreasonable demands. The team isn’t stepping up and taking ownership. There’s no timeto do the job. But we don’t deal with them at that level.

Here’s the problem. We have to tell the organisation that we are dealing with them at that level - we have to (in effect) lie. We have to say there was a problem and coaching fixed it.

In truth the work we are doing is far more powerful than that. By going broad, high level and philosophical about day to day issues we are more likely to shift mindsets at a fundamental level.

Leaders should be thinking like this. They should be able to make links and connections that don’t have an obvious application today. It’s only in this way that they are able to get to the root cause of issues like lack of time, lack of engagement, lack of clarity about priorities, poor communication, missed deadlines, going over budget and find their own mojo again.

If you’re working with a coach yourself I dearly hope that your sessions give you the space to think wayoutside the box before bringing you back to what you’re going to do differently tomorrow (if not, we should talk!).These are the best bits of your time to spend with a coach: