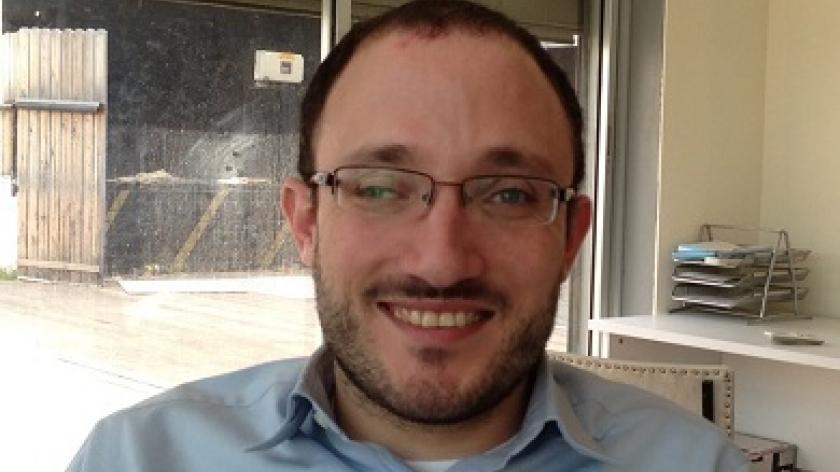 The importance of employee motivation in training

This article was written by Jason Silberman, marketing director at WalkMe, an interactive online guidance system and engagement platform.

Training is one of those terms that elicits a range of responses, depending on the individual. Employees will groan internally, and try to hide the bitterness from their expressions. To them, school was thankfully over, and it was bad enough they had to work a job, let alone tolerate more of that nonsense. For a leader who isn't a training professional, but has had training thrust upon them, it's of course a terrifying and daunting thing, or at least a chore. To a training professional, the response is an obvious "yeah and?"

Yet there is room for hope. There are clear ways to make training more effective for managers, and to make it less of an arduous task for the employees. With some small refining, you can spot problems during training and address them, motivate employees, boost morale and get the most out of training. Critical to advancing these goals, is understanding the importance of employee motivation, why it goes so wrong, and how to maximize it.

You might think that the importance of motivation is kind of a given, but you'd be surprised how overlooked it really is. You probably think that you're giving all you can to motivation with your current approaches, and something I find is that no matter whom we are, there's always something more or different we could be contributing to it, to make it a more effectual thing.

When motivation goes wrong, it becomes a classic case of what causes the languishing in public education. The learners, in this case employees, resent their time being taken, and they just endure being present until they are free to go. Very little information is absorbed, unless drilled into them, and that usually doesn’t work in the long-term either.

Lack of motivation can be a symptom of several problems, the biggest one being engagement. Engagement is the attribute of something that makes us interested in it, focused on it and in some way, entertained by it. TV, good books, music and games are engaging to us, so we come back to them frequently and are very receptive to them.

The day-to-day grind of work is seldom engaging for most people, nor is training. Without this engagement, it becomes something to be tolerated until one can go home and watch their favorite TV show. Engagement is a great motivator, and there's recently been a very highly praised engagement model introduced to training and work which also brings more motivators alongside direct engagement.

Gamification is an excellent way to provide engagement for employees. When something becomes a game, with some depth to it, with goals, rewards and challenges, it instantly becomes interesting to most. Alongside this engagement, it also brings motivators in the rewards and goals themselves, which if implemented correctly, can become their own rewards to motivated employees at work or being trained.

Another motivational issue is morale. At a basic level, employees who feel better about themselves and feel rightfully proud of accomplishing goals are employees with greater motivation to succeed. Morale is a tricky issue, but one of the things I'll say now is that maybe it's time for some of the formalities of offices to die with the old century, and make the chain of command more friendly and approachable. As a result, make employees feel valued, rather than as cogs in an ever-judged machine.

Motivation can also falter when employees feel lost, directionless or develop a sense of futility. Having clearly-set goals that result in notable accomplishment (ties in with gamification doesn't it?) and follow up to ensure that nobody is left behind or stranded will garner significant increases in motivation among employees in their work or in training as well.

Now, that's a set of things which can be symptoms to diagnose and address loss of motivation, but what can we do to be proactive? Well, for one thing, we can motivate employees with real incentives, including in training. Companies have a natural tendency to become complacent in mild greed. This isn't a condemnation, it's just nature. Having this happen is understandable, but now that you're aware, do something about it. Motivate your employees to succeed in training by offering them actual raises, bonuses or other frills which show them they are appreciated, and makes the whole affair intrinsically valuable to them, not just your company.

Furthermore, it’s important to stress the relevance of training and its direct link to an employee’s day-to-day work. Answering the WIIFM (What’s in it for me?) question is a key driver in learners becoming more focused and motivated. You can also utilize self-guidance tools – like WalkMe – to strengthen the link between knowledge transferred and tasks performed, and to ensure continuous learning after the initial training sessions end.

It's important to remember that a company is its people, and therefore, they need to feel like such. Feeling like livestock at a market, which is how most work environments tend to feel, is demoralizing and demotivating for most human beings. The digital revolution has done nothing if not to show us just how much happier people are in "unconventional" work models such as from home, freelance and the like. These ideas were rejected for some time, for fear employees wouldn't work if not under supervision. It turns out supervision is the great demotivator in many cases, and we had it backwards all along.

That said, remember that motivation should target both the manager and the team members, as they can feed off each other, motivationally speaking. It’s a two-way street, and communication is very important. Managers should formulate and consistently update their motivation strategies. Understand that enhancing employee motivation contributes greatly to greater employee productivity, which will help in getting your business to the top. This is why employee motivation is so important.

As a trainer for many years I often ask if the delegates were sent or came of their own volition!

We have found that short bursts of activity using Brain Friendly Learning techniques intrigue and motivate delegates as well as embedding the learning.

To be effective learning should be interesting, fun, innovative and thought provoking.

We so enjoy what we do and are told it shows and rubs off!!!!

The article is very useful. thanks. we have made quite an extensive study of how the findings from neurosciene can help imporve the aplication and hence the motivation of particpants.

Thanks for the article, really useful. To add to the points made in the article, understanding in some depth how the human psyche works can really help in a training - can your trainer profile the room in half an hour? I'm not talking about judgement here, but what's their thinking styles, preference for learning styles, what are the issues that are underneath what being said on the surface, are they more interested in theory or practical experimentation? That why having a trainer that is highly trained in this area really helps. (see Jans link above for the research). If they can they can be flexible enough to tailor the training to the preference of the group - same material, different styles.

Also key is that the trainer is not running their own ego. If the trainer is preoccupied with being liked by the group or seen as the expert they will take everything personally and will not challenge the group appropriately. A lot of training disasters we hear about come from this background - unmotivated group + ego lead trainer.

Human beings are naturally programmed to learn (otherwise how would we have evolved as we have?), the key is can you find the hook that will enable them to make your material real for them. Sometimes in trainings if we are picking up that people aren't engaged by applying it to work, we take all the material and present it about their home relationships or children, that usually gets them engaged and learning the skills because they want to improve things there! We can then layer it all into the workplace context later in the day when they understand how it all works.