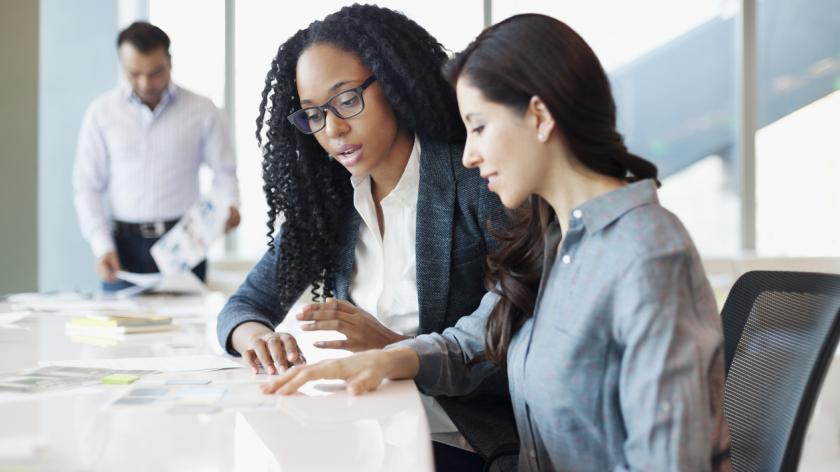 Micro-inequalities: how do they play out in talent management?

In the third part of a content series on micro-behaviours in the workplace, Jan Hills of consultancy Head Heart + Brain discusses how organisations can mitigate the impact of unconscious behaviours to remove bias.

Since micro-inequalities are based on assumptions and stereotypes they can be hard to tackle, especially in situations where the formality of the process gives an illusion of objectivity.

Talent processes fall into this category. The criteria, rituals and process help people to assume bias is mitigated. Research by Annika Warren for Catalyst on Cascading Gender biases, compounding effects: An Assessment of Talent Management Systems found that organisations’ leadership frameworks and talent management processes are designed in ways that both reflect and continue to support stereotypes. The result is, even today, they disadvantage women and others who lead in a way that doesn’t meet the stereotype. This creates a vicious cycle in which men continually dominate leadership positions and the style of leadership used features masculine traits.

The report describes a vicious circle starting with senior leaders wanting frameworks and promotion criteria to be consistent with what they are comfortable with and that is stereotypical masculine descriptions of high potential and leadership.

This need for comfort (this is the brain’s certainty bias at play) is further compounded by HR professionals who implement these wishes rather than challenging them and further fail to put in place enough checks and balances. The report found that  even where frameworks are de-biased the informal processes override the formal, and mean biased decisions are made. For example:

Interventions using the model raise awareness, emotional engagement and an understanding of how our brain works. We call the model ‘head, heart and brain’ and it helps leaders notice, become motivated to act and then design processes and prime the brain to follow the 'right' behaviour.

The head raises awareness whilst acknowledging that awareness is not enough to make change happen. Most talent practices use this area. It is the logical rational business case for inclusion, but history clearly demonstrates rational arguments alone will not change behaviour. Emotion - the heart - also needs to be involved.

By generating an emotional response, the 'intervention' generates motivation to change.

For example, when a leader's awareness is raised by hearing stories of how micros-inequalities have impacted negatively on the careers of people in the organisation. Examples of raising emotional awareness include anonymised audio recordings allowing people to keep their identity shielded even from us, the advisors, or the collection and sharing of stories on the impact of behaviours which exclude.

When the stories are read by the leaders themselves in a workshop setting this deepens the emotional response as it places them 'in the shoes' of the experiencer.

We have also developed an intervention using the warmth and competence research by Susan Friske and Amy Cuddy to show leaders, in for example, a calibration meeting how they make judgements based on little or no data but rather on their perceptions of people and stereotypes.

Assumptions surfaced include "This person looks competent, she looks warm and friendly so can't be very good technically."

Once people are emotionally engaged we use an understanding of how their brain works to provide two types of brain-based intervention.

Process changes that help leaders 'do the right thing'.

These types of changes slow down decision making enabling the System 2 rational brain to come on line. Interventions might include recording a promotion meeting and replaying dialogue to check for biased and unchecked assumptions, or having someone be the 'conscience' in the room to slow down decision-making and bring awareness to unconscious thought processes which contain stereotyped reactions.

Recruitment systems which sift for gender based requirements and language and present a short list without flagging the gender of candidates is another form of process intervention.

Nudges or priming to direct the mind towards better decisions

This works because people make decisions using their quick, intuitive System 1 and without engaging System 2 to check. That is how most decisions are made – mindlessly.

Priming directs the mind to notice the context and the related information. The mind doesn’t search for information in a vacuum, rather it uses whatever is around it as a reference point.

If a prime or nudge makes the mind check assumptions or see women in a different light, without the stereotype, for example, it effortlessly shifts the micro-inequality.

When designing interventions, it's important to check they are simple to carry out and that people are able to do them. By 'able' we mean not just that people have the skills but that they are able to act without energy or the need to exert willpower.

Decisions on talent impact both individuals and the human resources available to the organisation.

Managing the micro-inequalities which arise in talent processes can have a major impact on morals in the organisation and the availability of engaged people to execute the strategy.