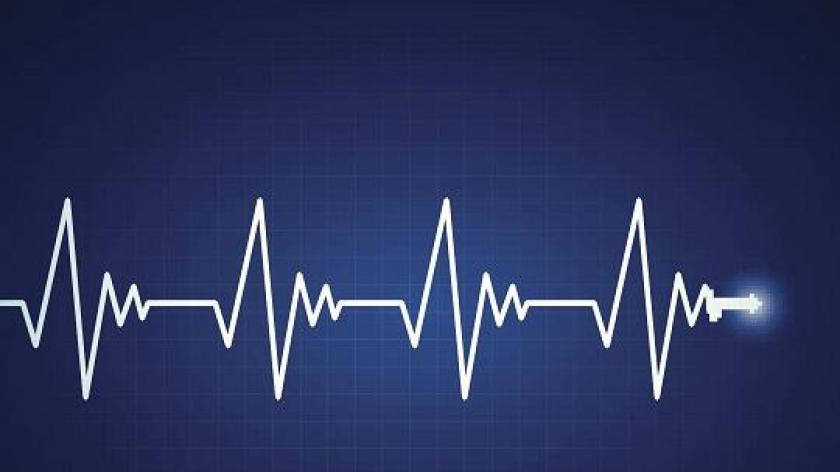 Dr Alan Watkins is an ex-physician dedicated to transforming business and society by vertically developing business leaders. Vertical development is, according to the Global Leadership Foundation, “building our ability to distinguish and let go of our own limited thinking and perceptions.” Alan’s book, Coherence, is a how-to guide.

Vertical development is a relatively new term for HR. But it represents a massive opportunity, says Alan, for the HR function to transform itself, the organisation in which it operates, and the role of business in society.

To see the importance of vertical development, we need to understand a chronic societal problem.

“People think things but they don’t really understand the phenomenon of thinking and what determines it," explains Alan.

"We don’t just ‘have a thought’ - every single thought we have occurs in a context of our biology and our emotional state. Both are crucial to not only what we think but how well we think it.”

Poor thinking comes as a result of incoherence in our biological and emotional signals. You see this problem in children. Those who are bullied, agitated, nervous or upset simply cannot learn. They lose the cognitive capacity to take in and assimilate new information.

As adults, we less commonly face bullying peers or overbearing teachers. Yet the problem presents in a different way and has far-reaching consequences.

“I was talking to a peer of the realm who’s in a government think tank and I said ‘have you thought why you come up with that set of answers rather than this set of answers?’”

The peer hadn’t considered that variables like the number of women in the room, the weather, the personal problems of the participants, group dynamics, led to a particular set of answers, and that changing those variables might lead to another set of answers.

“So they were a think tank and they didn’t even think about thinking.”

The government think tank will make recommendations that affect millions of people. This is a small example of the scale of this problem, and it’s why Alan focuses on vertical development in leaders and businesses rather than wider society.

“Part of my mission is to reduce suffering on the planet and we believe big business, while it could be an incredible force for good, is often the source of the greatest suffering.”

Basically, the quality of the thinking - and by extension the decision-making - of 500 people affects the lives of us all. And the quality of this thinking is inextricably linked to the physiology and emotional states in which these people operate. That’s why Alan focuses on leaders.

The problem is more acute because of globalisation and the ever-increasing complexity and uncertainty of the world around us. To make optimal decisions, we must consider ever more variables and consequences.

“The amount of pressure and the intensity of business structures these days is so overwhelming. Robert Kegan, professor of education at Harvard, says most leaders these days are ‘in over their heads,’ dealing with a level of complexity that they literally can’t cope with.”

How can leaders adapt and cope?

Alan’s model of decision-making looks like a pyramid and is built on layers. At the bottom is physiology, topped with emotion, then feeling, and then cognition. Finally comes the decision we make. We think we’re clever for ‘coming to’ a decision, when in reality it’s heavily influenced by the bulk of the pyramid that has come before.

What is emotion really? According to Alan it’s the ‘tune’ played  by all the various physiological parts of the body interacting in a multitude of ways, like an orchestra. The feeling is our conscious awareness of this tune.

In order to adapt and become better at thinking and better at decision-making, we need an orchestra that is aligned, tuneful and rhythmic rather than one that is erratic. This is effectively ‘coherence’ throughout the system. With that comes a solid, stable breeding ground for clear thought production.

The position we're starting from

The pyramid is a two-way street. Our thoughts and feelings can influence our physiology and our emotions. When we remember a stressful occasion we feel our body lose coherence. Our heart rate intensifies. Our pupils dilate. We can’t think straight.

It feels like we have no control of our physiology and our emotion.

As an HR director you’re being harangued by the CEO and the thoughts you have will be based on your emotional state, which may be fearful (for your future career). So the solutions you come up with to deal with the problem the CEO has raised will be self-protective. To make the right decision, you need to be in a very different place emotionally.

How can we influence the coherence of our system?

Alan teaches people the skills they need to take back conscious control of their physiology and emotion and therefore prepare themselves for different situations depending on what type of thinking or emotion is needed. About to go on stage to make a presentation? You need to put yourself in a ‘passionate’ state. About to make a big pitch to a client? You need to put yourself in a ‘competent’ state.

What else can we do? Better emotional literacy and management is key. Alan says that if he could only teach his children one skill it would be emotional management. This is the ability to identify, classify, deconstruct and invoke emotions at will.

In his book Coherence, Alan distinguishes between two emotions, frustration and disappointment. They feel very similar. But while frustration should encourage you to push forward and tackle obstacles, disappointment is designed to make you take a step back and reassess before deciding on a new course of action.

How can you come to an optimal decision if you can’t differentiate between the two? The decision you make, however rational you think it is, will be created in the context of the emotional interpretation you make, yet you’ll feel like you’ve come to the decision through rational cognitive process.

Once we understand and can label a wide range of emotions, we can better identify how we feel and ensure we are aware of how this affects the decisions we make.

Bringing emotions to life to move to a new state

Furthermore, this gives us access to emotional regulation. We can bring emotions to life in language and vividness. What colour are they? What do they sound like? How do they make us feel?

The richness and depth of our understanding allows us to invoke emotions because they become so real we can reach out with our thoughts and body and bring our own system into the state we now so expertly recognise.

Conscious control of our physiology allows us to develop as human beings and reach new levels of decision-making by invoking the right conditions for effective decision-making.

Our sense of self becomes less important as we realise the contextual nature of our ‘self’ and realise that millions of variables affect the way we feel and think at any one point.

This is true vertical development.

“If you transform your own capability, your whole orientation and the whole way you perceive yourself and your own identify and the world around you, the situation, transforms. You see it completely differently, it’s like moving from black and white to colour.”

Those who aren’t aware of the place of physiology and emotion won’t even know they’ve made a sub-optimal decision.

Every single person could become more effective and more able to relate to others by vertically developing along the lines of emotional regulation and system coherence.

What’s the role of HR in all of this?

One of the biggest lessons from this for HR is around workplace capability and resourcing. There is massive pressure on HR to bring the 'right people' into organisations. Yet we constantly hear complaints that organisations can't find enough people. This is not true. It's that the people found aren't sufficiently developed enough to deal with the complexity in the environment.

Often recruiting new people is about enhancing the knowledge held inside the organisation. But according to Alan this is a mistake.

“Companies need to make an honest appraisal of their situation - you can’t just invest in enhancing knowledge because knowledge by itself is meaningless. It’s only after it’s integrated and creates a change in behaviour that it becomes worthwhile. Recruiting new people is often about adding more apps to the organisation but what about the underlying software? This is what creates transformation and agility. If you are just adding apps, what’s the end goal? What’s the point?”

Vertically developing people within the organisation would be a smarter approach. But the approach has to focus on the right change - you cannot try to change behaviour.

“People need the ability to convert what they learn into their own change - they need to develop. And one of those areas is much greater emotional regulation.”

“So many companies are obsessed with behavioural change. And ultimately behaviours do have to change. But the problem isn’t with behaviour, the deeper problem is with physiology, values, emotions etc. It’s below the surface. It’s not actually at the behavioural level.”

“But when you help someone transform their emotional state and self-regulation, they will change their own behaviour. You don’t need to stand with a whipping stick over them. You don’t need to create competency frameworks. How much money do companies waste trying to create and enforce leadership competencies they want in the company?”

And the role of HR in five years?

“One of the big trends is a much lighter touch, digitally-enabled HR department. Companies are already experimenting with unlimited holiday policies and just trusting people to do the right thing.”

“There will also be much more delegation of authority down the line. As Ricardo Semlar wrote in Maverick, companies must have the maturity to allow employees on the ground to make decisions. Get the workers on the ground to decide the best course of action and give them the space and room to do it.”