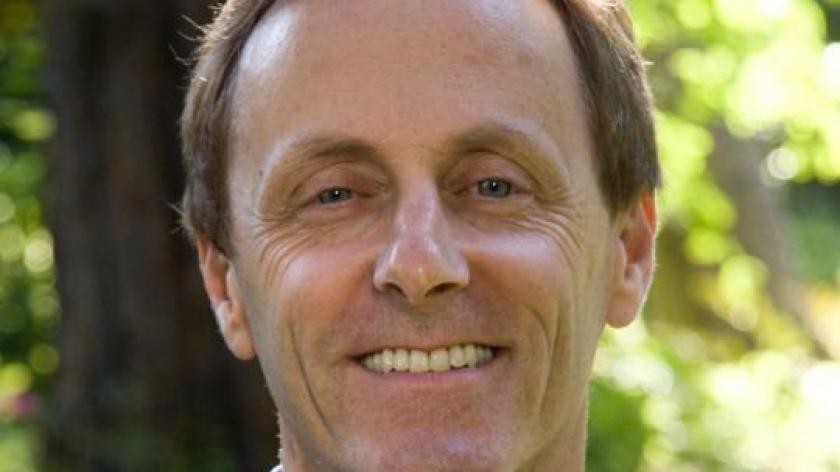 Companies are realising they must hire self-learners, says Josh Bersin

Josh Bersin, founder of Bersin by Deloitte, gives us his insight into what’s hot in the world of talent management.

On the ‘Irresistible Organisation:’

“The term originally came about a year ago off the back of our Global Human Capital Trends study. We found that among 1700 organisations around the world, the number one problem was the leadership pipeline, while the number two problem was retention and engagement. 75-80% of companies said they had a retention problem.”

“From the data we realised that the work environment, the management environment and performance management systems were designed for an older generation of worker in an older generation of workforce. People are leaving companies because they aren’t finding the workplace attractive enough for what they want. And coming out of the recession there are more jobs and it’s more transparent and it’s easy to find jobs.”

“We realised there is a crisis of engagement caused by work processes that are too complex, work environments that aren’t flexible enough, a lack of talent mobility, talent development issues and poor performance management processes. Over the lat year I’ve developed Simply Irresistible, which goes through 20 different things in companies that contribute to a lack of employee engagement.”

“If you look back at how companies manage engagement today, most do an annual engagement survey and get a yearly snapshot of how engaged people are. Most of this is anonymous, and it’s bubbled up to senior management and no-one knows what’s happening on the ground.

“We see two things – we need to broaden the definition of engagement to cover the 20 aspects covered in the model, and we must rethink the the way we measure engagement, instead of once a year to continuously. That’s why real-time pulse survey companies are starting to take off.”

“Sites like Glassdoor are going to be open platforms for rating everything. The transparency trend will weigh into everything. It’ll be a big area for HR and for business leaders and will spawn a load of new software companies focusing this area.”

On paring back ‘engagement’ to 'willingness' as some people – e.g. high turnover retail workers – don’t want to be engaged:

“One of the examples that’s been written about – and I can’t remember the name – is the retailer who gave employees ownership of specific aisles, which involved re-stocking, helping customers in those aisles and other related duties.”

“One of the managers found out one of the employees didn’t like doing that.  They could just let them go, but they realised this person was more of a data person, so they gave them the job of figuring out how to optimise the products in their aisle

“This store’s sales shot up and the company starts to replicate the model across its other stores.”

“If that manager hadn’t given that person the flexibility of doing something different and gotten to know them, they’d probably have quit.”

“So that’s an example of work fit, job design and local small-team management. That is a huge factor to engagement.

On whether engagement and job fit starts with the line manager:

“Yes, ideally, but line managers don’t always know how to find the right fit. HR should look at data across many people and give line managers the tools to find right people.”

“First time managers don’t always know how to hire, so they may hire people like them, or people they like, who turn out to not be the right people.”

“It would be nice if employees took a holistic view of their job and their company but most don’t. Most go to work, try to do the best they can, and hope they get paid well, then they go home.”

“We must build a work environment that works and select for people who suit our culture. Job fit is not just skills and capability but cultural fit e.g. we’re a fun-loving company, we’re a serious company, we work late, we don’t work late etc.”

“All these are cultural things. These statements will attract different people. If you don’t characterise your culture, you’ll get some percentage of people leaving because the company just isn’t for them.”

“We have to build organisations that attract the right people.”

On marrying the need for cultural fit with the ‘diversity’ angle in which you need different people who challenge each other:

“I think cultural fit does not mean uniformity of thinking and uniformity of race, gender etc. So most of the time when you look at culture you’re looking at behaviour that crosses different work styles and thinking styles.”

“Deloitte is at its roots a financial services accounting firm, so there’s a certain amount of rigour, quality etc. That doesn’t mean you need to be this race or this gender but you do have to be comfortable with that culture.”

“A lot of innovative companies have cultures that are very open. One of Zappos’ culture attributes is ‘we like wacky people,’ and they are saying, we want you to be yourself, it’s ok to be different, to look different. Culture doesn’t mean we’re all the same.”

On ‘anti-cultures’ and talent in new age companies:

“Even small companies, maybe more so than big, must attract people not just on the job but due to the purpose and mission of the organisation. Some people will go to work and do their job anywhere – some engineers, for example, even though might be making a nuclear bomb.”

“Young people today – and I know this from the data – don’t only want work they like but they want something that’s bigger than them. They want to make a difference. Maybe it’s always been true but it’s particularly true now.”

On whether people have always wanted to make a difference at work:

“Probably, but I think global values change. We’re coming out of a recession and are now in a global values system of giving back, taking care of the environment, being part of a global community. In some way these are memes that we’ve become attuned to.”

On whether we’ll abandon existing global values and return to more self-focused values:

“I don’t have any data to prove this but I think we’re in this conscious capitalism phase because we’re just had a massive recession – some of the biggest institutions in the world lost their credibility. A lot of people ended up unemployed and many had to drop their standards of living. And people said, “I think the world should be better.”

On whether we should drop the label ‘talent’ because what companies need changes so rapidly:

“The word talent has been overused so it’s now a buzz word. But more and more economic studies are showing a higher and higher percentage of the economy is driven by services, intellectual property, creativity and innovation – things that require human beings.”

“At the same time there are the machines that are as smart as people – like Watson from IBM – starting to replace white collar jobs. So you go to a fast food joint and there’s no one there to take your order, you just press a button. And that’s happening in law and accounting and almost every other discipline.”

On what type of people companies are looking to hire:

“Companies are realising they have to look for people who are creative and self-learners. There’s an accelerating obsolescence of skills. If you’re a software engineer and you don’t know machine learning, you’re falling out of the mainstream. The rate of change in all these technical disciplines is going up.”

“Companies want to hire self-learners who are passionate about their domain, hard-working, collaborative, creative and want to stay ahead.”

On the learning process within the organisation:

“More and more learning is pull-driven – by the person. The training department still has to do a lot of formal training but they have to create a learning environment where they can learn on their own.

“Otherwise, staff will go outside and learn it somewhere else. That’s why MOOCs are so big and all these online learning systems – people are scrambling around trying to keep their skills and careers modern.”

“Deloitte just published this study from the Center for the Edge based on profiles of personalities at work. One is called the Passionate Explorer – these are people who are domain experts who love their domain and who continually educate themselves in their domain. Around 15-20% of the workforce falls into this category.”

“They aren’t always the most execution-focused people, but companies realise they need some of these people in your organisation.”