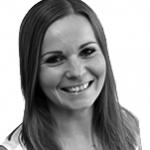 Should we ban unpaid internships? 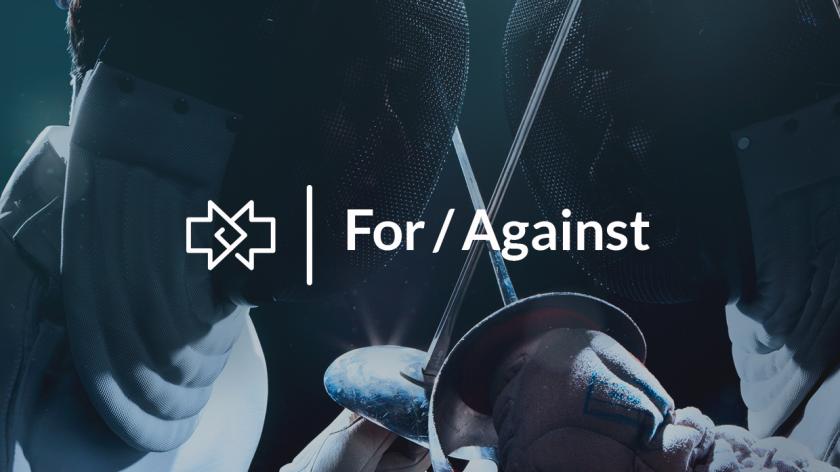 The case for and against: should we get rid of unpaid internships?

There are plenty of contentious issues in HR and the workplace, and we think it's important to get a balanced discussion going on some of the bigger questions out there. In this series, we'll be asking HR experts and practitioners to give us opposing viewpoints on a key issue, and we welcome your input too! If you would like to take part in the series, get in touch.

In the first of this new series, we have Helena and Michelle from law firm Dentons giving their opinions on the topic of unpaid internships. Are they exploitative, or a good entry point into a competitive industry? Let us know your thoughts and experiences in the comments below.

Why we should keep unpaid internships

By Helena Rozman, associate in the employment team

The aim of unpaid internships is to give individuals exposure to an industry in which they may wish to work, without the responsibility of filling an official position. When competition for employment is strong, a period of unpaid internship may give an individual the edge when it comes to them later applying for a paid role.

Organisations do not necessarily require interns to undertake the usual duties that they might expect of employees or workers. Instead, interns might have the opportunity to experience aspects of the work that benefit their learning but do not add value for the organisation. Such work may include work shadowing, sitting in on conferences, meeting with senior employees to discuss the industry, and being provided with information about what to expect from working in the sector.

It is worth noting that interns are generally considered to be volunteers. However, if they meet the legal definition of workers, certain UK employment law protections will extend to them. In particular, where individuals meet this definition, the law entitles them to the national minimum wage, unless one of the exemptions applies (for example: school work experience placements, work shadowing or voluntary workers). As the law already protects those who have worker status, it could be argued that it is not intended to protect a wider category of individuals, such as those individuals on unpaid internships.

If organisations were to introduce paid internships, it is likely that they would expect more of the interns

There are many benefits to unpaid internships for both organisations and interns. For individuals, internships offer a valuable opportunity to gain some form of work experience, especially where a specific field of work is particularly demanding and difficult to break into; this can be as formal or informal as required.

Many argue that unpaid internships exclude individuals who do not have the means to work without receiving a wage for that work. However, the benefit of internships is that they can offer a greater deal of flexibility where this might not otherwise be available. For instance, internships can range from one afternoon a week to a Monday to Friday arrangement for a specific period of time. This is because, as volunteers, interns are not obliged to provide a service, or be given work. The arrangement is purely aimed at developing the individual's understanding of the area in which they may wish to work.

Conversely, if organisations were to introduce paid internships, it is likely that they would expect more of the interns, as they would need to justify increasing the budget to account for this cost. Therefore, employers would need to see that interns were adding some sort of value to the business when, in reality, an internship is an opportunity for individuals to learn without the expectation of being competent or qualified in a certain area. Further, if internships could no longer be unpaid, organisations would be likely to offer fewer opportunities for internships as they may not be able to, or wish to, meet the more demanding cost consequences.

For small companies and start-ups, having interns might reduce the burden of staffing costs

Unpaid internships are successful because they widen social networks and offer the opportunity to build relationships without the pressure of performing to a strict expectation. Whether an intern is making tea or sitting in on meetings, the chance to interact with those already in their chosen profession provides an experience, which is often invaluable, before they officially enter the world of work.

Why we should ban unpaid internships

By Michelle Lamb, senior associate in the employment team

Internships offer many benefits to individuals and their continued use should be encouraged. The opportunity to gain experience in an area in which individuals may want to work in the future is a valuable skill sought after by employers. However, unpaid internships should be replaced with a scheme that adequately reflects the work completed and the individual properly remunerated.

Conservative MP Alec Shelbrooke agrees with this view and put forward draft legislation to the government seeking for anyone working as an intern to receive the minimum wage, depending on the age of the worker. This would have added a layer of protection the law does not currently envisage.

Shelbrooke described internships as "the acceptable face of unpaid labour in modern Britain today" and a "scourge on social mobility". He believes the government should be looking to create a "Britain that works for everyone and not just the privileged few". Shelbrooke has support from others such as Katerina Rudiger, chief community officer at the CIPD, who states that young people are "effectively locked out of the labour market because they can't afford to work unpaid".

Shelbrooke described internships as "the acceptable face of unpaid labour in modern Britain today" and a "scourge on social mobility".

A compelling argument? Apparently not. In November 2016, the government blocked the attempt to ban unpaid internships under the National Minimum Wage (Workplace Internships) Bill 2016-17. It will instead explore the practice as a general review of modern working practices. This is not a new proposal, as it was first considered by Nick Clegg in 2011, but then blocked by David Cameron. Unpaid internships therefore remain an area of contention the government will need to address at some point.

A few negatives about unpaid internships are listed in the quotes above but the main area of focus for the draft bill is social mobility. Unpaid internships favour individuals who can get support and funding from parents and family, while taking unpaid work. For example, they can rely on parents to pay rent and travel expenses to get to the job in question. Young people in this position, who already have the potential to rely on their parents' connections, now have the potential to use unpaid internships as a stepping stone towards top jobs. Many others can simply not afford internships without a salary or reimbursement for costs.

Unpaid internships feature in many different industries, but in particular have an affect on those trying to get into the media, fashion and publishing industries. Therefore, although internships do have the ability to help individuals gain valuable work experience, making them unpaid means less privileged young people cannot get access and can therefore take no benefit from the experience on offer.

Many interns complete the same work and tasks as employees, working long hours, with the same responsibility.

Many commentators state that those completing unpaid internships do not complete the usual duties of other employees and are therefore "volunteering". While this may be true of many work experience schemes, this is not in theory how many internships work. Many interns complete the same work and tasks as employees, working long hours, with the same responsibility. Consequently, some organisations take advantage of young people, students and graduates who are desperate for work and experience. What is the incentive for business to offer paid internships when they can essentially get free and willing labour?

Many high-profile companies have been in the press and criticised about this recently. For example, London Zoo advertised for a graduate or postgraduate to help run a global conservation project for only £5 a day for lunch and a travel card. Only someone who could afford to either live in or travel to London every day without a salary could accept this role. In light of this, ZSL, which runs the zoo, has said it will review the internship schemes it offers.

With plenty of eager graduates and young people searching for jobs, organisations know there will be keen interest for these roles.

Similarly, Heat magazine paid up to £10 a day for expenses for a "work experience" scheme. However, many who have completed similar schemes state that they are still expected to work long hours and complete demanding jobs. One person remarked "it is blatantly just grunt work they don't want to pay someone else to do". However, with plenty of eager graduates and young people searching for jobs, organisations know there will be keen interest for these roles. The National Trust has also come under criticism for having 33 unpaid workers in six-month placements but asking them to complete the same work as permanent full-time administrators.

There is of course benefit in offering internships; however, there should be some measures introduced to make sure they are offered fairly based on talent and hard work, not what your parents can afford. There are many reputable companies offering paid internships, such as KMPG and Ernst & Young, showing that a proper salary can be paid.

With young people, the public and the government split on this, will we see a ban or regulation introduced? Commentators believe the government may consider this in the 2017 Queen's Speech, but it already has more than enough on its plate. We, along with interns and employers alike, will wait and see what 2017 brings.

Helena joined Dentons as a trainee in August 2014. She qualified into the Employment team in September 2016 having gained 12 months' experience in the practice.

Helena has experience in acting for both employees and employers covering both contentious and non-contentious work.

TBH, I strongly recommend that we should get rid of unpaid internships. There is a certain logic behind it, i.e. Anyone who is willing to work for you does deserves some compensation. Here at Topteninsider, we make sure that every intern gets all basic facilities that a regular employee of our company gets. Regardless of how much training you are providing (the most worthless argument which supporters give), in the end value the efforts of a trainee. Who's learning and putting in his heart into it to deliver.

Thanks (1)
Replying to rishi @topteninsider:

On the whole I agree that unpaid internships should disappear from businesses - as you say it's important to reward a trainee and make them aware of their worth, especially if they are so early on in their career.
I think the times it could be acceptable is if it is a short placement (ie. a week or less) where the experience and potential contacts that could be built up might make it worthwhile - those still don't pay for your travel and bills though!