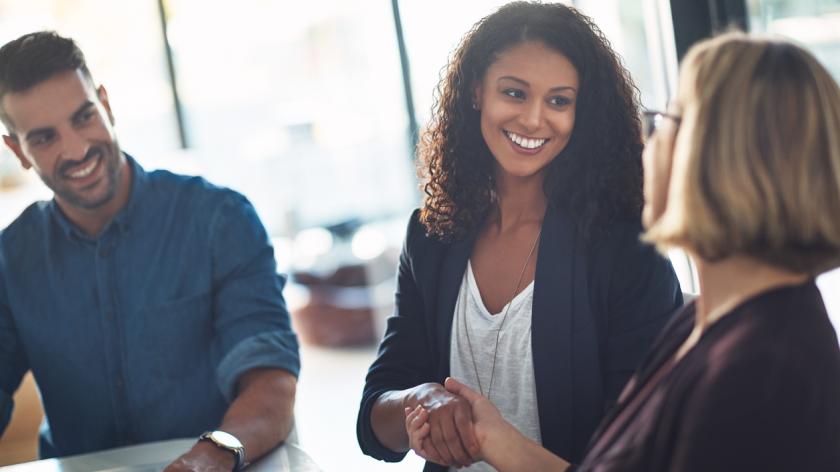 Recruitment: how to pick out the one-in-a-million candidates

There's a special alchemy involved with assembling the right team. Here are the key ingredients for success when recruiting those one-in-a-million candidates.

“You had me at hello.” I wonder how many directors have wanted to say those words when interviewing a star candidate? When that special someone says yes, the c-suite no longer feels so empty. Directors have the vision; their stars bring it to life. They finish each other’s mission statements, understanding that work is not just about “show me the money”, but about how you inspire your peers and enhance your profession.

When the partnership did not deliver an Oscar for the director, however, it became a blot on his career. Scorsese formed a new partnership with Leonardo DiCaprio to finally win that golden statuette.

He showed his peers he had the vision and leadership skills to attract the top talent and succeed.

When that special someone says yes, the c-suite no longer feels so empty.

People, places and luck may change but the need to succeed never does, whatever industry you are in. If you don’t want to be one of the departed directors then use science, networks, brand identity and blended recruitment methods to find a protégé and build a winning team.

Financial Times columnist Lucy Kellaway believes that “most people are not talented — they are average”.

So how do you find that special someone who completes you? It should be easy -  according to Investors in People, 15.3 million people are looking for a new job as they have become disillusioned with their current employer due to poor management, not feeling valued, unsatisfactory pay and lack of career progression.

In the age of Glassdoor and other employer review sites, the online chatter about a company’s reputation can affect its competiveness in a tight labour market.

However, making your company a better place to work is a difficult task.

In 2008, Guardian journalist Ellie Levenson pitched the idea of employers offering a Job Information Pack to tell applicants about the kind of workplace they are applying to join. This is an idea worth further consideration if corporate transparency is to be taken seriously.

The boom in employer branding to attract people has resulted in job advertisements focusing on what is attractive about the company, rather than the requirements, attributes and experience needed for the role.

If vacancies have to be promotional adverts to boost the company’s profile, HR should have a consistent platform for communicating the rewards and benefits that are received by employees in return for their performance.

The deal between employer and employee has to be credible as broken promises cause disengagement. Once one high performing employee leaves, half the team starts to look elsewhere while others battle through unable to stop the stagnation setting in.

When this happens, new blood is needed to revive the team.

Who you know and what you know

You can reduce the risk of a bad hire by recruiting through networks and employee referral programmes, taking more accountability for forming a team that can deliver.

Laszlo Bock, Senior Vice President of People Operations at Google and author of WORK RULES! believes 'backdoor' references are more honest than traditional references and screen out people who 'kiss up and kick down'.

Although the referral method may not always be appropriate in the public sector, the ‘cronyism’ label can present an unfair image, particularly when bringing in a multiskilled team with a good track record can assist the development of in-house talent.

Financial Times columnist Lucy Kellaway believes that 'most people are not talented — they are average'.

The challenge is to ensure these specialist teams do not just recycle ideas that worked at their former company, but form relationships to understand how their new employer operates so they can tap into the knowledge, loyalty and potential that already exists to make a positive impact.

Maps to the stars

If you do not have the contacts then follow science. Numerical reasoning, psychometric testing, equations and riddles may help you find the next Good Will Hunting from a poor neighbourhood to increase workplace diversity.

AI recruitment technology could help organisations to avoid unconscious bias by using algorithms to focus on what candidates have achieved, instead of being swayed by names of prestigious universities and companies.

Away from the class war, LinkedIn is designing the Economic Graph, which aims to digitally map the global economy, connecting people, jobs, skills and companies to help direct the flow of human capital and highlight geographical hot spots for industries and skills.

Once you have attracted the right candidates you have to decide how selection will be made. Google combine behavioural and situational structured interviews with assessments of cognitive ability, conscientiousness and leadership.

Strengths-based job interviews are designed to discover what motivates and inspires candidates to match their strengths to a specific role.

Not all companies have to follow the Google method. While competency based recruitment is a safe method, the textbooks suggest it can lead to a form of cloning which risks everyone behaving and approaching problems in the same way.

Strengths-based job interviews are designed to discover what motivates and inspires candidates to match their strengths to a specific role. Whatever recruitment process you use, constantly check it works and the company 'deal' with employees is working both ways.

Winning partnerships and teams come with an expiry date - either you or your stars will leave to pursue other adventures.

Leonardo DiCaprio teamed up with a new director and survived a bear attack to finally win an Oscar. I wonder what he will achieve if he goes behind the camera? Without a good team around him, maybe not another Oscar.

Interesting subject that how to pick out the one in a million candidates.

I think the selection of a right candidate depends on the position for which we are going to hire the candidates. Each position has different selection criteria like technical position need technical test and analytics positions has some reasoning test which they have to qualify.

Existing employers feedback, performance/experience certificate, stability with the current employer, reference check are the other factors that help us to pick out the right candidates.