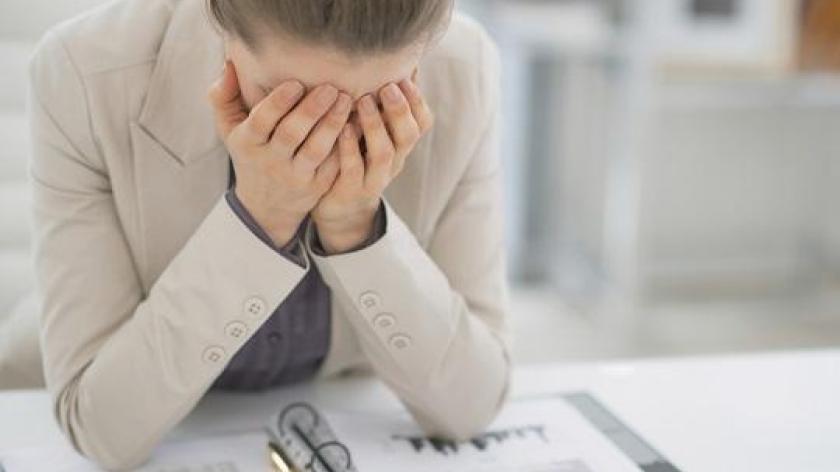 Learn how to avoid senior-level hiring disasters in our webinar, ‘Fraud, corruption, theft. Why executive-level screening reduces your risk’ at 2pm, Thursday 16 July.

In today’s world, even the most liberal of organisations tend to have basic vetting procedures in place to avoid bad hires and the associated cost to the business. As we continue to emerge from the recession, competition for jobs amongst candidates is fierce and HR departments are having to increase their efforts to ensure the less desirable applicants don’t slip through the net.

Employment application fraud has become a major problem for recruiters - CIFAS reports that the number of candidates caught in 2013 rose by over 70% from the year before. Knowing what to look out for is essential, but fortunately (or should that be unfortunately!) there are lots of examples to learn from. In this post we look at some of the common lies used by candidates when applying for jobs and draw attention to some high-profile examples which could easily have been avoided.

Dishonest candidates may consider lying about qualifications from many years gone by to be a ‘little white lie’, but Yahoo has been on the receiving end of this deception and sees things a lot differently. In 2012 their Chief Executive was discovered to have falsified his computer science degree on his CV. Yahoo initially defended it’s executive employee, suggesting the discrepancy was an “inadvertent error”, but Scott Thompson soon went on to step down from his position – followed by the Chairman of the Board and the four directors which had approved Mr Thompsons hiring.

Towards the end of last year, City lawyer Thomas O’Riordan hit the headlines for all the wrong reasons. The 51-year-old barrister had a successful career after being called to the bar in 1993, but after qualifying he made a number of false claims to catch the eye of his future employers, including Sumitomo Finance and the Republic National Bank of New York. He purported to have been a pupil at Radley College public school and that he had a first class degree from Oxford University (where he claimed to have been made an Eldon scholar). His CV also featured a master’s from Harvard and membership to both the New York and Irish Bars.

The same grand claims which had impressed previous employers aroused suspicion when applying for a role at an unnamed barristers’ chambers, who reported him to the Bar Standards Board. Thomas O’Riordan had actually passed his bar finals at the Inns Court of School Law, which he attended after graduating from the University of East Anglia. While Mr O’Riordan was technically qualified to do his job, he had deceived his employers with a series of made-up credentials to create the allusion of being a more attractive candidate.

Bending the truth about the qualifications that you do actually have is clearly deception, but completely making up your references may be seen as a more serious crime, especially when your job involves looking after the sick and infirm. Last year a couple were jailed for a total of 20 months for forging each other’s references when applying for jobs in the NHS.

Anne-Marie Read and Matthew Green applied for jobs they were unqualified to perform, but circumvented this apparently trivial matter by using each other as false referees, with Read pretending to be Green’s line manager.

Not only did nobody question the false references, the hiring process also failed to reveal Green’s previous sacking by the NHS for poor performance or that Read had a record of lengthy sick leave. They were caught out when Green applied for a job while she was already claiming sick pay and anxiety from two other positions.

Consider what the candidate is NOT saying

One of the highest profile job application frauds in recent years is arguably the case of Edward Snowden who, during his application process with the National Security Agency, allegedly failed to reveal a past security violation and omitted to mention a visit to India (in addition to claiming some questionable educational qualifications).

With investigations still ongoing regarding the supposed hiring problems at the NSA, we won’t go into detail, but we should acknowledge that the real failure, if there was one, is on the part of those in charge of investigating Mr Snowden’s background. In fact, some reports suggest that not enough information was sought from anyone other than his mother and girlfriend.

These examples of employment application fraud may be high-profile cases, but they represent the type of activity performed by unscrupulous candidates across the recruitment landscape. The unifying factor here is that they could easily have been avoided with a simple verification of qualifications, investigative reference checks or suitably in-depth interviews; activities which would have cost very little, but would have saved these organisations a great deal of money and prevented entirely avoidable PR disasters.

Double checking the credentials is absolutely essential as it can save organizations from major hiring disasters. Merely holding attractive credentials doesn’t guarantee successful performance. Going back to the candidates' past organizations and enquiring about their real behaviour helps a lot. It is also necessary to assess their background from legal perspective.

Choosing the incorrect candidate for a job can do damage to a business. An awful hire can affect the self-esteem of a team or company, depending on their power and level of superiority. If someone causes enough disturbances to a team, he can prompt other valuable staff to abscond. Bringing the incorrect person on board is a pricey mistake for a company to commit in the terms of efficiency, prospective impact on income and the recruitment overheads.