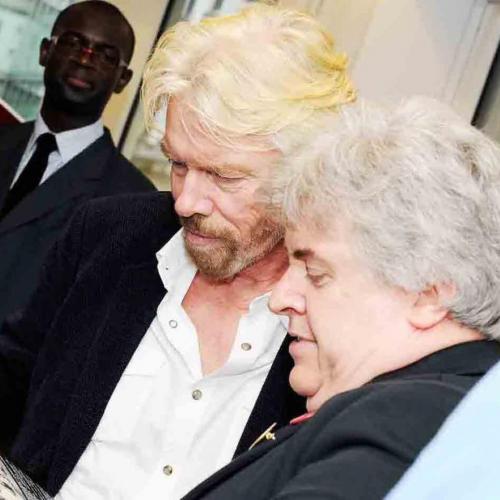 Peter Cook leads Human Dynamics and The Academy of Rock, a creativity and innovation consultancy with an enviable network of associates around the world. We facilitate strategy, creativity, innovation and change through bespoke consultancy, masterclasses, keynotes, training, coaching and mentoring. Author and contributor to 11 books, acclaimed by Professors Charles Handy, Adrian Furnham, Harvey Goldsmith CBE and Tom Peters. Peter appears on BBC TV, Radio, Bloomberg TV, The FT, Independent et al. with his ideas. He won a prize for his work on leadership from Sir Richard Branson, is a writer for Virgin.com and works with Ted Coine's Open For Business speaker network. Peter has followed three concurrent passions over 30 years: science; business and music:

· Leading innovative Pharmaceutical Product Research and Development teams to bring multi-million dollar life saving drugs safely to the market, including the first treatments for AIDS, Herpes and the development of Human Insulin.

· Trouble-shooting businesses and starting up factories around the world in critical conditions where failure could hurt the enterprise considerably.

· Writing and tutoring for Business Schools at MBA level for blue chip companies around the world.

· Writing and performing music and speaking around the world on the parallels between business and the arts. Peter interviews a wide range of world-class musicians in this role including people connected with Prince, Eric Clapton, Ozzy Osbourne, Deep Purple, Bob Marley, Yes, AC / DC, Meatloaf and The Who.

Peter has an MBA, is a Chartered Chemist, FCIPD and an NLP Old Master. He is also an accomplished rock, pop and jazz musician, having performed alongside Bernie Tormé, John Otway, Wilko Johnson, Patti Russo, Meatloaf’s long-term singing partner and songstress with Queen and Cher. Peter's keynotes and masterclasses can be accompanied by a roster of class A rock stars and session musicians.

Now we live in a society where nearly everyone goes to Uni and has a degree, the "currency" has been devalued. In most cases degrees are about absorbing knowledge and not about skills or developing attitudes, so they never have been a predictive test of job suitability. The purpose of University is about having life experience and we appear to have forgotten that it has little to do with doing a job. I wonder what happens to adults when they forget what they were like when they were young.

Reply to
Have degrees had their day?

Reply to
Utilising disruptive talent to expand the possible

Quite right, It's a topic I explore in the book Punk Rock People Management, having been a board member of the CIPD Council over the years and seen the issues you raise first hand http://www.amazon.co.uk/Punk-Rock-People-Management-No-Nonsense/dp/09932...

It is simply inefficient and ineffective to switch from one medium to tons of others. E-mail is a perfectly good tool - the problem, as you say, is the people who don't use it properly.

I use quite a lot of social tools for social things. I regularly experience people using social tools for things that e-mail is better at - quite often I get asked for the same info time after time e.g. my e-mail / phone no on fb messenger just because the other person is too lazy or disorganised to go back up the thread. I've lost count of the number of 'business conversations' that have not converted to business due to people trying to have those conversations on social media. And I am a big social media user.

In time management terms, it's always a mistake to use something less effective. In innovation terms, e-mail has outlasted all the social tools. I started using IBM PROFS in the 1980's and we learned how to use it properly and not the way that the quangos like ATOS use it to pass blame around etc.

Einstein had one bar of soap for washing and shaving. The same principle should apply to electronic comms. Use the right tool for the job. If it's a casual pub meeting, fine to social, if not choose something that allows for better recall, storage and searching.

Reply to
Isn’t it about time social smashed email?

Reply to
Why did Google abandon 20% time for innovation?

Reply to
Setting the record straight on 'Zero Hours' contracts

I'm writing a chapter on organisational structure in a book for Bloomsbury and am constantly dismayed at the way in which two dimensional charts fail to capture the networking and collaboration maps that make an organisation work. In short they report the "mathematics" of an organisation rather than its "biology". Can you say more about how your approach illuminates the ability to collaborate and network up, across and outside the organisation? I might be interested to feature the company in the book.

Reply to
How to Offset Your Printing Footprint