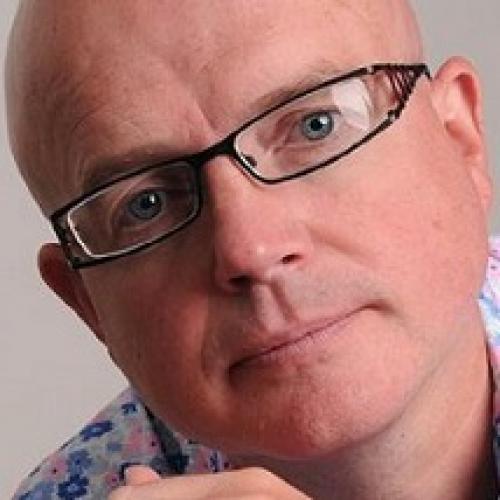 I am a consultant, researcher, writer, trainer and speaker focusing on strategic people management and organisation design. I have worked in HR and change management for 20 years (including as an HR Director). I am based in the UK but have a global focus to my role.

I help HR departments raise the level of their ambition to have more impact in their businesses. This often involves developing innovative, value creating people management strategies, sometimes focused on the development of human, social and/or organisation capital (see my books / blog for more details on these outcomes).

I also help HR teams develop their own strategic capabilities.

My latest book is The Social Organization.

For your further information, and quite coincidentally, I got to see Gary Hamel speak, and interview Michael Porter about my suggestions on organisation strategy recently. This is my summary of their points, confirming my arguments in this article: http://strategic-hcm.blogspot.com/2019/06/creating-inspirational-busines...

Reply to
Why the human-focused workplace leads to competitive success

Thanks Sarah. It's a build. Adding value ("is being asked") comes first - what do we do to help the business do what it needs to do. Then it's about looking for additional creating value opportunities on top. These come from understanding the people, in the context of the business, but mainly about the people. But my experience is that it's the creating value part that both provides the difference that makes the difference, and gets people in the rest of the business sitting up and taking notice of HR.

Hi Sarah, thanks for your support, but no, that's not what I mean. Both of your points are what I call Adding Value. In point 1, "people contribute directly to the service" indicates the business really thinks it's the service which is important, not the people. In point 2, "how can... help..." again puts people in a secondary, supporting role. They're both good points, but they're not Creating Value. Stick with the rest of the series for more explanation (next piece on Friday).

There are two wars (it's a nasty and inappropriate term but let's leave that aside.)

There is a war for talent. Degrees may be commonplace but McKinsey suggest businesses could be short of 85 million workers with college degrees or vocational training by 2020 globally. If you've got one, you're going to be in demand. But I think this war is largely about more specific skills that other don't have - often combinations of technical and soft skills, and a good personal brand. These aren't the sort of people who are going to be on PeoplePerHour.com, though they may be designing, coding or marketing this. These people are already and will become even more highly marketable, and can command their own price. They have won the war.

At the same time, it's predicted there will be 95 million lower-skilled workers who could be unemployed. Basic talent marketplaces give these people a huge new opportunity, but here, it's the computer alogorithm that's won. People just need to be grateful for what they can get and hope their jobs don't get automated with the computers undertaking these roles for themselves. So it's still not where you really want to be, at least if you live in a high cost of living location.

We need to encourage young people to develop more higher level skills. That's really the only way to keep ahead of the algorithm.

Reply to
Talent have not won the war. It’s a terrible lie.

The worst example I've ever come across is this articlee on Harriet Green - no surprise she didn't last long at Thomas Cook: http://www.managementtoday.co.uk/news/1228258/thomas-cooks-harriet-green...

Reply to
Why do CEOs continue to boast about how little they sleep?

Matt, just came across this looking back from my posts on the new HRZone site. I thought you might like to know that I've come round to the idea of love at work: http://strategic-hcm.blogspot.co.uk/2015/02/new-hr-love-social-capital-h.... Only took me 7.5 years but I got there.

Reply to
Employee retention: Where is the love? By Matt Henkes

If I understand the article then I completely agree.  That's why my the approach I recommend to HR measurements is HR scorecarding - based on a HR strategy map, like Kaplan and Norton's approach for a business.  There are details here: http://www.slideshare.net/joningham/the-hr-scorecard.

Reply to
Can we assign a credible value to talent?

Thanks for the tip Peter.

I've just noticed that I've written a second book according to them - a city guide to Toronto! http://www.amazon.co.uk/Jon-Ingham/e/B002BM2SSW

I must say it was much easier to do than my first one.

Reply to
I'm having an identity crisis ... on the internet

And some complete tosh too. There's plenty of evidence that groups make poorer decisions than individuals. It depends how it's done. And one of the factors is good leadership.

Reply to
Has the time come to abandon the idea that we need leaders?

Yes, Vineet Nayar's got the plot, absolutely.  I did a series of posts on his approach, based on an interview with him I was very lucky to have, referenced here: http://strategic-hcm.blogspot.co.uk/2010/07/interview-with-upside-down-c...

Reply to
The HRZone Interview: Jon Ingham on where HR is going wrong