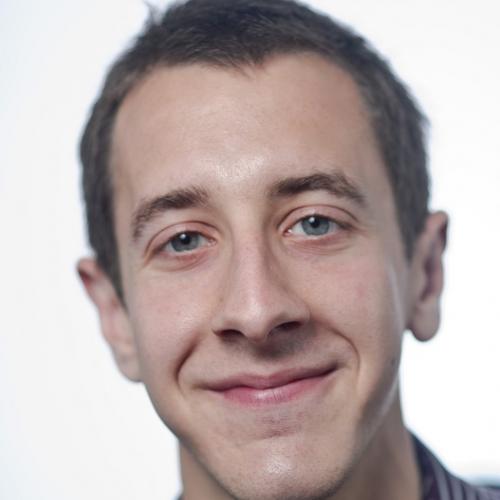 Jamie Lawrence is Insights Director at Wagestream, a financial wellbeing app that makes money less stressful for people in work. Founded by a group of leading financial charities, Wagestream's mission is driven by their social charter: everything they build must improve financial wellbeing. Jamie was previously Managing Editor of HRZone, driving forward the HR agenda and making sure that HR directors have the knowledge and insight necessary to drive the people agenda forwards. He has worked previously as a small business journalist and a copywriter and has published non-fiction that reached #2 on the NYT Children's Bestseller List.

We should also remember that it's not only about the user experience it's about the ability of the company to remain competitive - tech can be transformational in terms of speed, agility, cost (automation saves time and money) and companies that don't transform through technology can find themselves struggling to compete, which is a warning sign for any employee, regardless of their own expectations regarding what technology they want to use.

Reply to
Can you see “old technology” making the 10 reasons to leave list?

I'm sure some of our members will come back to you with more 'practical' case studies, but we've just published an article from an employment law company we work with on vaping and its implications for organisations - you can read it here.

They're very useful but they are open to abuse and I think like all powerful things, they need regulating to ensure that they don't get abused. The biggest criticism in the UK is that workers aren't assured regular income and therefore can't plan monthly outgoings, such as rent and bills. Another common criticism is that hours can drop suddenly, leaving people (particularly vulnerable workers, such as single mothers, who may benefit the most from the flexibility of zero hour contracts), with insufficient money to cover outgoings.

It sounds Don like the minimum payment is a good way to alleviate these concerns, no such system is mandatory in the UK at the moment and I would imagine very few employers would - at the moment - do this voluntarily, particularly the bigger employers as it would make the use of zero-hour contracts less economical. With the pressure currently building, however, and the likelihood of a Government review, we may find these do become mandatory alongside other measures designed to prevent abuse.

They can be very useful to those who need flexibility which is why I'd hate to see them go. The Confederation of British Industry recently said without them unemployment would be a bigger problem. Although they obviously exist to promote the agenda of British businesses, and zero hour contracts are very useful to the employer, I think there is merit in this statement.

Maybe there's a tipping point - when people view the benefits as outweighing the potential downside, they are more prepared to, as you say Fiona, battle through their discomfort. In fact this is common with change and new workplace processes that employees have to get used to. The 'What's In It For Me' angle is still king.

Reply to
Why dont we use video when collaborating online?

I went to an interesting talk recently and one of the academics talking said the world underwent a fundamental shift when we entered the 'age of recordability' i.e. when our behaviour could be captured and replayed. I think this explains one of the concerns people have, that others could record them.

Also - it's a lot easier to talk when you don't need to worry about your body language but when on video it's like there's a magnifying lens on you because the other people watching you on camera aren't as distracted by background stimuli i.e. they are focusing on YOU and all your subtleties and I think this also puts people off.

Building rapport and succeeding through using video is about being honest, authentic and allowing yourself to be yourself - unfortunately this is difficult to do in such an environment, but we need to encourage uptake of video as it's, as you say Lucinda, a very fast way to build trust without the associated costs of face-to-face meetings.

Reply to
Why dont we use video when collaborating online?