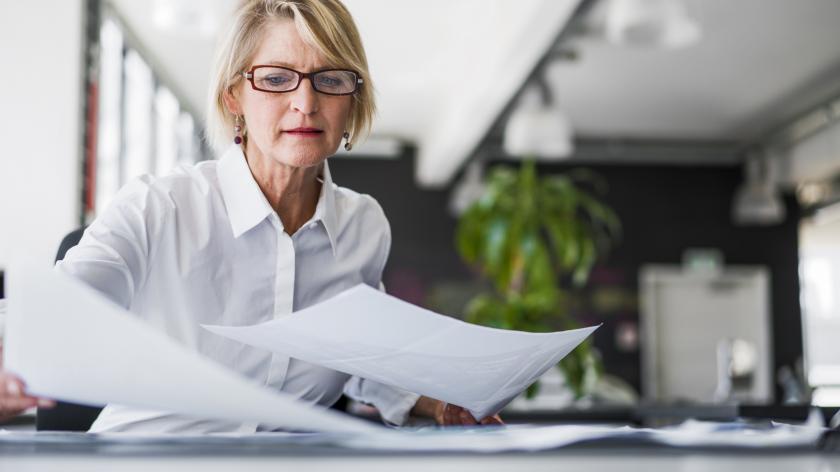 Women in the workplace: A career in interim management

This article forms part of our series on women in the workplace. Take a look at the full content series for more information, including insight into impostor syndrome, sick leave and much more.

One reason why there is a lack of women in the boardroom is because many are becoming interim managers, which allows them to work at a very senior level but enjoy a more flexible work-life balance, suggests Charles Russam.

In January, the TUC claimed that women will be hit hardest by the recession because many work in part-time jobs and in industries such as retail or hospitality which have been affected badly by the downturn.

The TUC's general secretary Brendan Barber said we are in an "equal opportunities recession", compared to the aftermath of Britain's previous economic downturns, when the majority of job losses were based in manufacturing and industry.

Whether or not women will be more badly affected than men remains to be seen, but new patterns of female working in the UK have been evolving for some time.

Today, there are many new career options available which are ideally suited to women who want greater flexibility in their working lives, such as interim management.

One of the main changes in the workplace in the past couple of years is that many women are opting to leave senior management roles before they reach board level.

They are selecting instead to pursue new challenges, such as setting up their own businesses or becoming freelancers or self-employed consultants.

As interim management is project based, people can choose to work as much or as little as they want or can afford.

This trend was identified by Pricewaterhouse Coopers in 2007, when it reported a 40% drop in the number of women holding senior management positions and blamed increased childcare costs and the fact that many women were becoming entrepreneurs.

"One of the main changes in the workplace in the past couple of years is that many women are opting to leave senior management roles before they reach board level."

Another reason that women are leaving permanent roles is that they could be in search of greater financial rewards, as there is still a major imbalance between the salaries awarded to male and female directors in UK companies.

According to a report from the Institute of Directors in 2008, female directors earn on average 26% less than their male counterparts.

We have seen many changes over the past 20 years in the interim management market.

Once dominated by male executives in their 50s, the market is now getting younger and is attracting more women.

We have seen a real increase in the number of women turning to interim work, with over 25% of the total number of females on the database having been registered since January 2008.

We believe this is because interim management is one of the few careers in which women can successfully combine a challenging and well-paid career with a more independent way of working that often leads to a better work-life balance.

She says: "I gave up a successful career heading up large marketing teams and managing substantial budgets because I wanted more control over my life. I wanted to be able to take a break from my career to do things like travel without worrying about relinquishing my slot on the career ladder. And, equally, when at work, I wanted to focus 100% on the challenge at hand and not on the office politics."

CEO level interim manager Rachel Youngman, in her early 40s, had worked as a deputy executive director for an international charity for many years.

Her job had been financially rewarding and involved international travel and the opportunity to meet people like Nelson Mandela, however, she had craved a more flexible working life.

"I wanted a less predictable working life and to be really challenged. I was approaching 40 and had many years of experience behind me so the time seemed right to take the big decision to become an interim manager."

When asked if interim management has provided the challenges she anticipated she said: "I have never been in a situation yet where I have not been challenged. As an interim, it is essential you hit the ground running as you are paid to deliver from day one. There is no grace period for interims so it is not for everyone, but I personally love the challenge. I couldn't be tempted into returning to a permanent role. After all, I had a great permanent role. This way of working just suits me better."

As interim management is project based, people can choose to work as much or as little as they want or can afford.

It is an ideal career for experienced executives who want to be seriously challenged in their work and who relish the opportunity to be parachuted into a company to solve its problems, before moving onto the next assignment.

However, people need to understand that it is hard work.

Anne Green, who has been working as an interim manager for over 15 years, says: "The work time is intense, there is no holiday period - not until the assignment is complete. Then you can take all the time off you like - within reason."

Janet Morris, an interim marketing director, echoes her views stating: "It provides the flexibility that I crave in a job and it gives me the choice of who I work for and on what but it is not a soft option. The job is challenging and can be stressful at times."

Despite this, interim management offers a golden opportunity to combine a stimulating career with greater flexibility.

Morris says: "As an interim I am firmly in charge of my own diary. I work with my clients to put together my job briefs so my deliverables are clear and I understand my goals from day one. Having such clarity and focus is liberating and this differs completely from a permanent role where goals are often a bit hazy. I know what I am responsible for and what I have to deliver and whilst this adds an element of pressure, I really get a buzz out of it."

Whilst, interim management used to be predominantly about filling in recruitment gaps, interims are being used far more strategically by organisations to carry out change management or major restructuring projects or to handle business turnarounds – an area which we believe will grow steadily during this recession.

Having lived through three recessions, we know that projects will still continue and that businesses will often need a flexible resource immediately, which is why interim management could prove the ideal option for both men and women looking for new challenges in 2009.