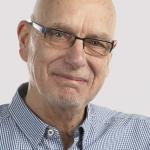 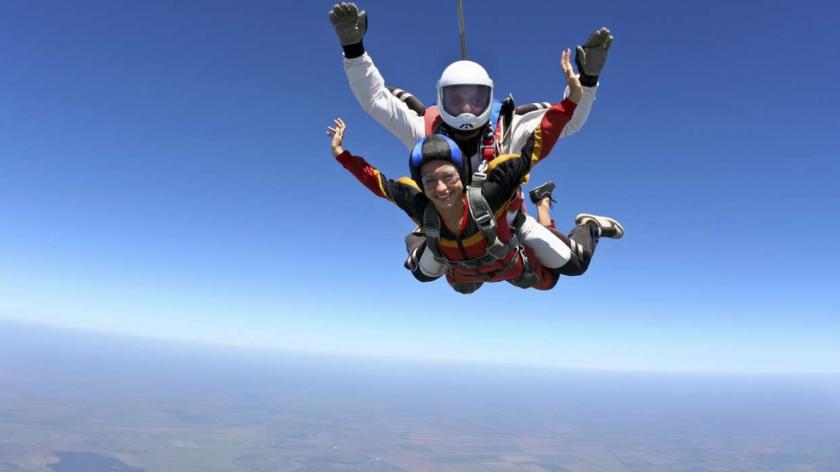 Why your creative employees are more likely to be risk-takers

“Five years from now, over one-third of skills (35%) that are considered important in today’s workforce will have changed.”

“Creativity will become one of the top three skills workers will need.” - World Economic Forum, 2016

In the most popular TED talk of all time, Sir Ken Robinson delivers a powerful argument about the way educational institutions often hinder students’ creativity.

His central message is clear – being wrong is not the same as being creative, but if you are not prepared to be wrong, you will never come up with anything original.

He concludes that the fear and anxiety resulting from this stigmatisation can significantly hamper our creativity. This, in turn, affects our ability to innovate and adapt to the unpredictable demands of an increasingly uncertain future.

So how can we embrace creativity and prepare the workforce for what the World Economic Forum has termed ‘The Fourth Industrial Revolution’?

Thinking ‘outside the box’ involves challenging the way things are done, but without yet having an alternative solution. For some, that is an uncomfortable, risk-taking scenario.

They don’t like to stray, even mentally, from the comfort of what they know and have little desire for change.

The appetite for originality goes hand in hand with tolerance of uncertainty.

Creativity is not solely determined by what’s inside us.

Either way, an individual’s ability to tolerate uncertainty is importantly related to their capacity to be creative.

Yet, creativity is not solely determined by what’s inside us; the climate or culture of an organisation provides the context within which natural inclinations may grow or be suppressed.

Echoing Sir Ken Robinson, Gigerenzer (2014) argues in his book ‘Risk Savvy: How to make good decisions’ that concern about making errors is essentially a form of risk aversion.

So if employees are incessantly discouraged from taking a chance, exercising their own judgement or challenging the status quo, their organisations are actively fostering a culture of risk aversion.

A significant positive association was found between risk tolerance and creativity.

Discouragement can come in the form of stigmatic external pressures like overbearing managers, judgemental colleagues or stifling company bureaucracy.

Creativity will struggle to flourish in any environment where risk aversion has been encouraged and fostered to the point of becoming excessive.

Against this background, research into how people differ in their perception of risk can provide useful insights to help us understand creativity.

An academic study conducted with Psychological Consultancy Ltd using psychometric assessments addresses the issue of the relationship between personality, risk-taking and creativity.

Creativity has been identified as a precursor and propellant to innovation.

The Risk Type Compass® assesses the elements of personality that have the greatest influence on how individuals perceive and manage risk and how these propensities influence their decision-making.

The PCL research used this assessment in conjunction with a widely used adjective checklist that measures creativity. Assessing individuals using both instruments shows a strong and statistically significant positive relationship between an individual’s risk tolerance and their level of creativity.

Therefore, more creative individuals are likely to be higher risk-takers.

Similar conclusions were also recently reported from a study in South Africa by psychology consultancy JvR.

Whilst the Risk Type Compass® was again used to evaluate risk tolerance, creativity was assessed using a measure of entrepreneurship that focuses on an individual’s ability to generate innovative business ideas.

Again, a significant positive association was found between risk tolerance and creativity.

The focus on entrepreneurial creative potential is also interesting because entrepreneurs will often be drawn towards innovation and pride themselves on identifying opportunities where others see only danger.

Understanding the interaction between risk and personality

So personality provides an important perspective on risk-taking and creativity.

Both are related to an aspect of personality that disposes people to embrace novelty, question routine and to find fast-moving roles and changing environments stimulating.

At the other end of this scale are individuals who are measured, organised and systematic. Their preferred approach to change – if indeed it needs to happen at all - is cautious and incremental.

No matter what the future holds, creative ideas alone will never be the full story.

In conjunction, the research mentioned above indicates the value of considering the interaction between personality and risk.

Creativity has been identified as a precursor and propellant to innovation (Locke, 2009) and an individual’s perception of risk is a vital component in understanding their creative behavioural tendencies.

A leap of faith is needed if radical new ideas are to take off, but there are important collaborating roles for others who spot the flaws and weaknesses that might otherwise have brought disaster.

No matter what the future holds, creative ideas alone will never be the full story. Success will always be the reward for the teams that strike this essential balance.

Some workplace situations may require employees to comply to rules and follow rigid procedures. However, ‘blind obedience’ to these processes is not the same as employees taking personal responsibility for their actions. While the first stifles creativity, the second encourages it.

Personality dispositions feed the desire to innovate in some people and the wish to limit exposure to risk and uncertainty in others. Organisations need to harness their employees’ natural dispositions in ways that build understanding, mutual respect and cooperation between the two. This is effective team building.

Too much creativity can be as unproductive as excessive risk aversion.

You can have ‘too much of a good thing’; too much creativity can be as unproductive as excessive risk aversion. The former can lead to endless questioning, unsettling rapid change or so many ideas flying around that no decisions are ever made. The latter can result in inhibiting discretionary decision-making, infantilising the workforce or becoming too inflexible to address changing technical and economic challenges.

Most people try to act in accordance with what is expected of them at work and this can make them appear deceptively similar. In reality, one person’s welcomed opportunity may be an onerous demand for another. So, an individual’s personal development agenda depends on their own nature - the natural tendencies and dispositions that don’t just go away. Understanding those dispositions is the foundation for develop