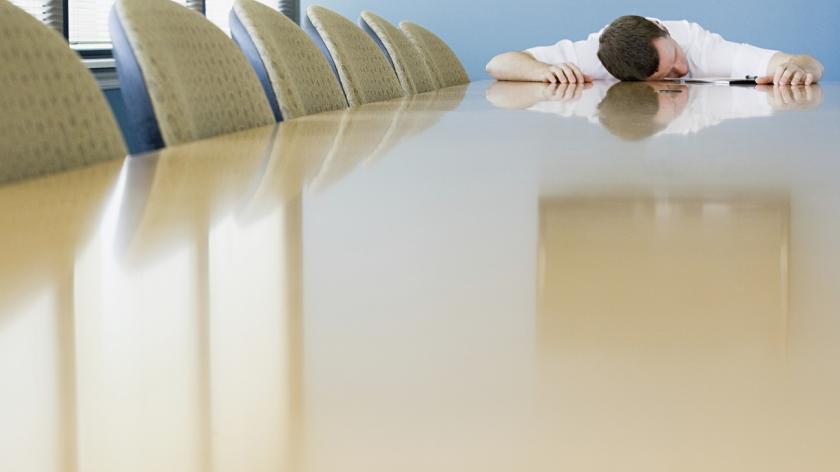 When will we stop trivialising sleep?

I’ve been a poor sleeper for years now: getting to sleep isn’t an issue but I regularly wake up for a couple of hours at around 2am. The recent research showing the importance of sleep isn’t helping.

Ironic, I know. Laying and mentally reviewing the research on the link between a lack of sleep and Alzheimer’s guarantees to stretch those couple of hours to three or four!

People tend to feel sleep is optional. Great performers are an exception. Typically, they sleep significantly more than the rest of us.

In Anders Ericcson’s famous study of violinists, the top performers slept an average of 8 ½ hours out of every 24, including a 20 to 30 minute mid afternoon nap. That’s some 2 hours a day more than the average American.

The top violinists also reported that except for practice itself, sleep was the second most important factor in improving their skills.

People tend to feel sleep is optional. Great performers are an exception.

New reports throw more light on why sleep is so essential. Neuroscientists at the University of California tracked the sleep patterns and memories of a group of older people and after the research described sleep as ‘the missing piece of the Alzheimer’s jigsaw’.

They believe poor sleep creates a channel through which beta-amyloid protein attacks the brain’s long-term memory.  They hypothesise that sleep washes away these toxins before they build up into memory-destroying deposits.

And of course poor performance at work.

Jessica Payne's research into the impact of sleep on performance has focused on memory and the ability to make connections.

Many of us have an idea that our brain is like a computer and is inactive during "sleep mode."

In an fMRI scanner researchers can see that the limbic areas of the brain which manage these activities are active. An area which is largely dormant is the dorsal lateral prefrontal cortex, mainly responsible for executive functioning (planning, organising, strategising, and managing time and space).

It's thought this is dormant to free up processing power for the limbic system.

Researchers believe that the sleeping brain is smart, and is making decisions about what to remember and what to forget, and sorting emotional information from background detail.

Research participants studying a story with both neutral and emotionally-significant information and pictures were found to have less memory of the background details of the story whether awake or after sleep, but much more memory for emotional data after sleeping. The negative emotional date was remembered the most.

It seems the brain does not care so much about the neutral data, but in sleep sorts and retains the emotional content. As a survival adaptation this would have helped us to remember things that are important for us to learn – even if they were negative.

If you think about this in a work context, if you can only remember the negative emotional impact of what happened yesterday, how are you going to make good judgements today?

And if you only remember certain types of information your decisions are likely to be biased.

One researcher calls this sleeping process "creative cognition," and it enhances the ability to make inferences. In an experiment aimed at getting people to form associations, it was found that if participants were given a break but remained awake they showed some improvement in performing the task.

Everyone loses focus at times, but this is where someone who is sleep-deprived falls into a trap.

However if they slept during the break a huge increase in ability was recorded. Sleep helps us make inferential jumps.

In another experiment the researchers tested insightful problem-solving. A significant increase in insight was found after a night's sleep compared with wakeful rest.

Evidence from an fMRI study shows that after sleep there is a more refined activation of the brain's "braking system" which helps to manage our emotions, and also reduced activity in the amygdala, which is responsible for emotional activity. If we have limited or disturbed sleep there is hyper-activity in the amygdala, with none of the regulatory circuits working well.

Science is also showing that if we improve the length and quality of our sleep we reduce our stress levels. Levels of cortisol, the stress hormone, are higher in someone who is not sleeping well.

Everyone loses focus at times, but this is where someone who is sleep-deprived falls into a trap. If we start to lose focus but have had enough sleep, our brain is able to compensate and increase attention. If we are sleep-deprived, our brain can't refocus.

The effects of moderate sleep loss on performance are similar to moderate alcohol intoxication.

"The main finding is that the brain of the sleep-deprived individual is working normally sometimes, but intermittently suffers from something akin to power failure," says Harvard neuroscientist Clifford Saper.

Sleep-deprived people have limited brainpower to steer themselves back to focus once they lose attention. But even more significantly, they don't notice their decrease in performance and may have a false sense of competency.

And the impact on performance over all

Other studies try to give a measure of the impact of lack of sleep. Harvard Medical School researchers found that a week of sleeping four or five hours a night has an impact on performance equivalent to someone with a blood alcohol level of 0.1%. (That's twice the legal alcohol limit in many western countries.)

The researchers say that it's clear that the effects of moderate sleep loss on performance are similar to moderate alcohol intoxication.

This is ironic, considering that the workplace drinking culture has changed so drastically over the past two decades. Few people drink at lunch anymore, the Friday drink-up is largely a thing of the past, and in many organisations being drunk at work is grounds for immediate dismissal.

"If you're not getting enough sleep before work, research shows you might as well be working drunk," says a leading researcher in the field, Jessica Payne of Notre Dame University.

She was not speaking metaphorically. Yet operating with inadequate sleep is still regarded as acceptable, and even as a positive trait in leaders, similar to an ability to cope well under stress.

How much sleep is enough?

Research findings show that the formula for optimum performance is mild stress, good sleep and a good mood. But how much sleep is enough to ensure that we'll rise to the challenge of a reasonable amount of pressure with equanimity (if not enthusiasm!), ready to exercise our best cognitive abilities?

The answer is no one really knows. What is right for one person may not be enough for another or excessive for someone else. People need to monitor their own sleep needs and performance.

But for those who really want an objective measure, Daniel Kripke of the UC San Diego School of Medicine has found that "people who sleep between six-and-a-half and seven-and-a-half hours a night live the longest, are happier and most productive."

If you need to get more sleep start by working on the obvious like cutting caffeine after 2pm, no alcohol and avoid heavy, greasy foods.

On the plus side get plenty of exercise and adopt a meditative practice like yoga or meditation. If that doesn’t work look at what you’re eating in the evening.

The key to sleep is melatonin – a hormone we produce less of as we age. Recent research suggests that poor levels of melatonin may be linked to certain cancers and a shorter life span too.

Diet can help to naturally produce more melatonin. Don’t eat later than three hours before you go to sleep and ensure there is plenty of B6 in the evening meal. B6 makes the sleep-inducing hormone, melatonin.

Some people also swear by magnesium supplements before bed each night.

There are also foods to avoid in your evening meal: aubergines, tomatoes, pineapple, chocolate, fermented/cured foods and wine all contain tyramine, a brain stimulant.

And make sure you turn off your phone, PC and even TV well before bedtime. Studies show that being exposed to backlit devices stops the body producing melatonin.

As anyone who has suffered from jet lag knows the issue of light and dark is critical.

Anyone who has suffered from jet lag knows the issue of light and dark is critical.

There are some interesting science based products coming onto the market to help combat poor sleep.

So in summary if you have trouble sleeping:

Organisations demand a lot from their leaders and the neuroscience research clearly demonstrates that macho all-nighters cannot deliver best performance.

We owe it not only to ourselves to get adequate sleep for our health and wellbeing, but also to the company's bottom line.