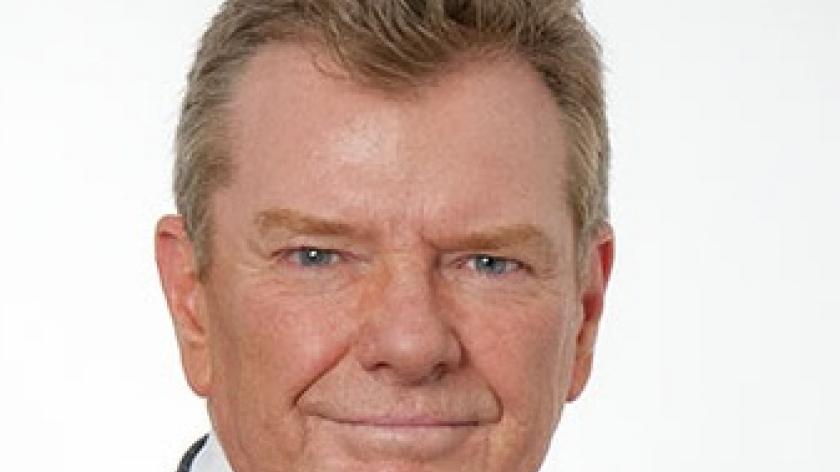 What are the characteristics of high-performing team meetings?

This article was written by Brian Bacon, Chairman and Founder of Oxford Leadership Academy.

“If you had to identify, in one word, the reason why the human race has not achieved, and never will achieve, its full potential, that word would be ‘meetings’” – Dave Barry

The importance of behaviour

Until they find the right formula for how to behave and talk with each other in meetings, most leadership teams remain dysfunctional. According to Brian Bacon, Chairman and Founder of the Oxford Leadership Academy, a defining characteristic of a high performing team is how they behave before, during and after their meetings.

The success of a team is evidenced by how efficiently it manages meetings: in essence, a team’s performance is determined by how well it prepares, conducts and follows through on meetings. Other contributory factors to team performance include: how a team deals with critical issues, how it comes to conclusions and makes decisions, how work is assigned, how conflict is resolved and how members are held accountable. All of this is determined by how interaction occurs, i.e. how people talk with each before, during and after their meetings.

What makes a good team?

How a team talks together will determine how well it works. Trust, respect and communication are the essential foundation stones of a high-performing team. A high performing team is all about relationships that consistently produce breakthrough results. Whereas it’s nice if team members actually like each other, ‘liking’ is an option in a high-performing team; trusting, respecting and communicating well is not an option, it’s a must. Sometimes team members WON’T like each other, but they still have to work together.

Herein lays the challenge. If a team has been assembled correctly, it will have a high degree of diversity; not only gender and geographic diversity but diversity of perspective. A high level of diversity is essential if a team is to tackle highly complex and nuanced challenges under pressure of time. The problem with a high level of diversity is the inevitable conflict that accompanies it. In a high-performing team, conflict is inevitable. So long as it isn’t toxic, conflict can be beneficial in a team. Diverse perspectives produce friction that stimulates ideas and drives a team towards a more refined and rigorous result. Provided there is trust, respect and communication, conflict and friction will lead to high performance. On the other hand, if there’s little or no trust, respect and a willingness to communicate, conflict and friction will become toxic and a team will struggle to perform.

Where this shows up most of all is in team meetings.

Take Dave Barry’s witticism, as outlined above. It may have some truth to it, but not so with high-performing teams. The best teams I’ve worked with have mastered the mystery of meetings and how to use them to strengthen the bonds of trust and respect in the team and deliver breakthrough results. Every team is unique and their context is always different, but there are certain things high-performing teams do, before, during and after a meeting that leads to breakthrough performance.

Decide what kind of meeting you are going to have. Define the intention of the meeting as well as the various topics on the agenda, for instance…

Invite the right people. Not everyone should be invited to every meeting. Ensuring relevance of the person to the topic is a key to optimising the energy of the team. It’s all about having the right people, properly prepared to answer the right question. Reduce the size of the meeting to include only those who absolutely need to be there.

Prepare the critical facts, essential evidence and vital data-points. Make sure to prepare the meeting with all the relevant facts assembled in order to understand the context as fully and comprehensively as possible. Avoid context setting by anecdote and assumption.

Provide a clear agenda and pre-reads in plenty of time. Make sure people know what to expect and are able to prepare themselves for full engagement, right from the beginning.

Determine the roles and ask team members to accept them. The roles are usually:

Trust and respect is either demonstrated or diminished by how team members communicate (talk with each other) throughout the meeting. High performing teams are characterised by the following norms of communications conduct.

Firstly, they show up! Meeting avoidance is considered highly disrespectful. High performing team members are fully conscious, emotionally and intellectually present. They are fully engaged at every point throughout the meeting. They listen respectfully; maintain eye-contact with whoever has the floor. They lean forward and take notes. They aren’t checking their Blackberries, staring out the window or preparing what they are going to say next. They listen for meaning and build on ideas that are already in play. When everyone is fully present in a conversation there is a real dialogue. When people aren’t fully present, the conversation becomes an exercise in transactional ping pong and meaningless point scoring.

Top team members are clear about what they want to say before the mouth opens to speak. Every spoken contribution is deliberate and has conscious intent. They aren’t figuring what they want to say as they go along and they don’t say things simply for ‘effect’, to be witty or clever. They are conscious of ‘how’ they make a contribution and why they do so. This builds respect and earns trust in their contribution. If a comment is controversial, it’s always intended to be. Top team members accept responsibility for the effect of their words.

Top team members say exactly what they mean and mean exactly what they say. They ‘cut to the chase’, offering facts or perspectives that build and contribute meaningfully to the dialogue without going through a kabuki dance. While this direct approach of saying exactly what is meant may sometimes startle, surprise, or discomfort others, people prefer to know clearly what is meant rather than having to interpret, often incorrectly. Directness doesn’t need to be insulting or blunt and if done respectfully can build a foundation of trust, which can transform a crucial conversation and move things forward in a positive way.

Top team members respect their colleague’s time and intellectual capacity to grasp a point that is made clearly and succinctly. They don’t take a moment longer than is necessary to make a contribution to the dialogue. There is no place in top team meetings for long-winded digressions. Every team member accepts personal responsibility to keep things moving forward and staying on point. Keep it short, make one point at a time and don’t repeat the point with different variations. If unsure that a point has been understood, ask for feedback.

Courtesy is a critical factor in a high performing team. A tough message is most effectively communicated in a soft voice and courteous tone. Brain science shows that positive or negative, or the way in which a message is spoken, determines its effectiveness. If you make a positive comment in the wrong way, that message can create a neural downer. The neuroscientist Richard Davidson at the University of Wisconsin has found that when we're upbeat, our brains turn up the activity in an area on the left side, just behind the forehead. That's the brain state where we are at our best. But when we're feeling attacked or anxious, our brain has turned up the volume on the right side. That's the zone where we shut down. An aggressive tone puts this downer brain area on overdrive. The tone of voice can trigger one or another brain area. In one study, when people received feedback that was delivered in a negative, critical tone of voice, they came out of the session feeling down - despite the good news. Yet, when negative feedback came in a warm, positive tone of voice, they felt upbeat and energised. Say it respectfully. Say it softly. You don’t have to shout to be heard.

Top teams assume positive intentions and intelligence in their colleagues. When something sounds wrong or contradictory, a team member will assume that ‘he/she must know something or see something that I don’t know or see, so let me find out what it is’. They express curiosity instead of being judgmental. Instead of making a retaliatory remark, they will ask questions and explore what their colleague is seeing or knowing that they don’t see.

Before challenging their colleagues assumptions, they challenge own assumptions. This demonstrates respect and leads to discovery. High performing teams have refined the art of developing collaborative action, based on collective wisdom. However confident they are in their own opinion, they know as Ray Kroc observed that, ‘none of us is as good as all of us’.

A team meeting is only a means to an end. It’s never an end in itself. The success and effectiveness of any meeting is evident only in what happens as a result. How decisions get executed, followed up and result in results is the only relevant evidence of a successful meeting. Evaluations which show how much people ‘liked’ the meeting are meaningless. What happened as result is the only measure of importance to a high performing team.

Two things are consistently present in high-performing teams after a meeting:

Decisiveness
At every point in the agenda, a high-performing team comes to a conclusion. They don’t leave things dangling. Decision points are conclusive. Not only decisions, but commitments and accountabilities get clarified, accepted and followed through in a prescribed time scale.

Absolute Personal Responsibility
High-performing teams are characterised by relentless follow up. Decisions are meaningless unless there is clarity of accountability and commitment to execute what is agreed. High performance team meetings end with fierce resolve by team members to make things happen by following through on their commitments. High performing teams are a no-excuse zone. They accept absolute personal responsibility to deliver results, not excuses.