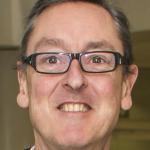 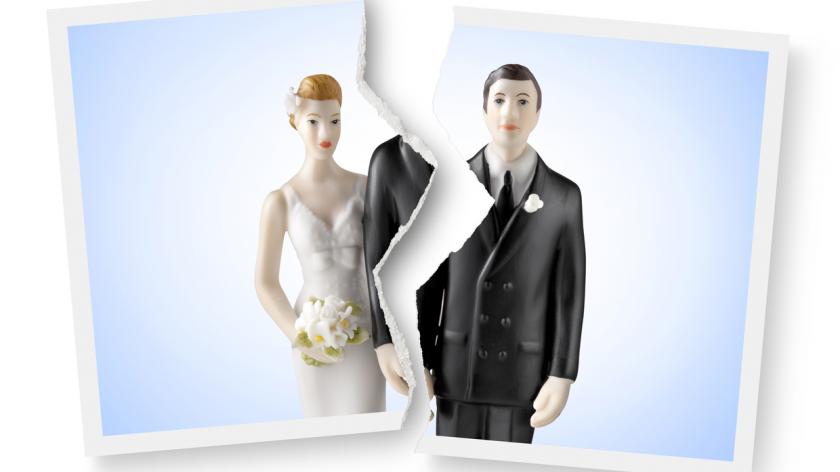 Wellbeing at work: the hidden cost of divorce and separation to business

Nearly half of all marriages end in a break-up and this has a demonstrable impact on employees’ performance at work – so why don’t more employers offer support for divorced or separated workers?

January has been a busy time of year for lawyers, who reported an annual peak in client divorce enquiry volumes following the emotional and financial strains of Christmas.

Though divorce numbers in the UK are slowly beginning to reduce, the Office For National Statistics suggest that 42% of marriages still end in a break-up. We’re talking about large numbers of people, and if we look beyond those who are married, to include those in civil partnerships and those living together, the numbers grow significantly. Indeed, research from Relate found that almost a fifth of people reported being close to break up.

It is almost inevitable that this heavy personal toll spills over to affect performance at work.

The psychological consequences of divorce are huge, leaving most people at extremely low ebb that affects all areas of their life, including their work. In the great majority of cases both partners are financially worse off following a break-up and where there are children involved the emotional strain can be enormous. Many find themselves in a kind of social limbo with family and friends torn, or reluctant to take sides or to be perceived to be doing so.

Add in the division of assets, including property, and it’s easy to see why the end of a relationship ranks second only to the death of a spouse in the Social Readjustment Rating Scale’s categorisation of stressful life events

The costs of relationship breakdown aren’t borne only by the participants, however. The Relationships Foundation’s ‘Cost of Family Failure Index’ shows that the burden of break-ups on the taxpayer stands at an annual £51 billion. That is down to its impact on the NHS, the criminal justice system and the knock-on effects on housing and education. Even here, we don’t have the full story because these calculations take no account of the impact on business performance and productivity.

The strain of dealing with so many difficult and emotional tasks leaves many exhausted physically and psychologically and in consequence, less able to concentrate at work.

So what are the implications for business? The reality is that most people experience a substantial dip in their mood, energy and productivity levels during a relationship breakdown as they struggle to get their life back on track. They face a multitude of demanding tasks that need to be addressed, from dividing up property, dealing with solicitors, reassessing the impact on their wider social relationships and, where children are involved, coming to terms with a new pattern of childcare arrangements. All of these things take a great deal of time and energy to resolve and some, such as dealing with the legal niceties, often need to be done during working hours.

It is almost inevitable that this heavy personal toll spills over to affect performance at work. In one study 16% of respondents reported having seen workplace companions take sick leave because of the stress and emotional impact of a breakup, and 15% said that a separation or divorce had impacted negatively on productivity. The numbers of people being divorced are important here. According to the Nashville Business Journal, approximately one in 10 employees will divorce or separate in any given year.

The business impact of break-ups

Relationship break-ups affect business performance and productivity in a variety of ways. First, there is absenteeism. If the split is acrimonious, as many are, employees need time out to attend hearings, meet with solicitors and possibly attend court. There is often an increase in sick leave as the stress of the situation proves too much - in some instances tipping people into depression.

Of course, the strain of dealing with so many difficult and emotional tasks leaves many exhausted physically and psychologically and in consequence, less able to concentrate at work. The result, invariably, is deterioration in work quality, with an increase in errors and poorer decision-making.

The divorced and separated are often left to self-navigate their way through the painful and often protracted divorce proceedings and their uncertain aftermath.

The reduction in productivity for an employee going through a break up has been estimated to be a huge 40%, and it continues for a long time afterwards. Up to one-year after a divorce, productivity remains down by 20%. There is also the impact on turnover. Some employees can’t manage the strain of their new life arrangements, particularly where there are childcare or eldercare responsibilities that had previously been shared.  In one study, 9% of employees either had to leave their jobs as a result of divorce or separation, or knew a colleague who had done so.

The impact on businesses also extends to the performance of co-workers. Either in their efforts to be supportive and provide a listening ear or through the distractions of their colleagues emotional rollercoaster ride, co-workers frequently see a dip in performance of around 4%.

A lack of support

Despite the high personal and business cost, there is relatively little in the way of explicit support in the workplace for people who are separating or divorcing. If we look at another milestone life event – bereavement, the impact of which is often comparable in scale to a divorce, we find that the level of understanding and support generated in the workplace is far greater. Indeed, 43% of businesses now have a bereavement policy in place to support those experiencing a loss and these often include guidance for managers on how to respond.

Intuitively, we appreciate the enormous impact a break up can have on individuals. We now need to put things in place to ameliorate its impact on both the employee and the organisation.

The support for those in the midst of a painful break-up or divorce is much more informal and unpredictable - in many cases, it is dependent solely on how sensitive the line manager is and on the quality of the employee’s relationship with them.

This may be no more than a reflection of wider societal norms. A bereavement finds family and friends rallying to support the bereaved and a whole litany of accepted social responses come into play, from flowers and condolence cards to check-in visits and even gifts of food – all to help the bereaved come through their ordeal. By contrast, the divorced and separated are often left to self-navigate their way through the painful and often protracted divorce proceedings and their uncertain aftermath.

There is a real appetite among employees for more support, however. Only 10% feel that their company offers provision for those in the throes of a breakup and 56% say their employer could offer more support. As we’ve seen, the costs to organisations are substantial and employees would welcome some action so what is holding businesses back? Why isn’t support during relationship breakdown an established component in workplace wellbeing strategies?

It may simply be a matter of timing. As our awareness of the factors that affect employee wellbeing has become more sophisticated, we’ve seen strategies become more nuanced. Gone are the days when wellbeing initiatives were restricted to physical health, mental health and good nutrition. In the last two years, wellbeing factors that have historically received little attention, have come to prominence – things like sleep, the employee’s financial situation and the effects of the menopause – and businesses are listening. This process will continue and as our understanding of wellbeing deepens we need to focus more attention on the impact of major life events like divorce and separation.

Intuitively, we appreciate the enormous impact a break up can have on individuals. We now need to put things in place to ameliorate its impact on both the employee and the organisation. The business costs associated with relationship breakdowns have been recognised. It’s time for the needs of those involved in them to be more sensitively addressed.