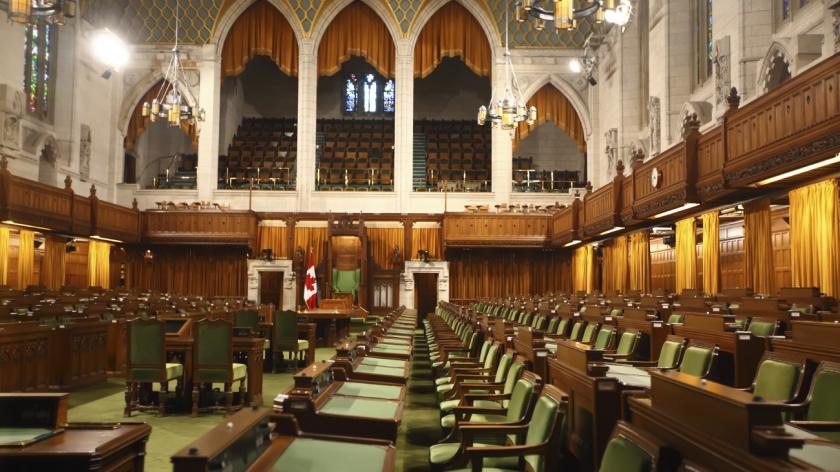 Time to say goodbye to the open plan era?

During the blitz, on 10 May 1941 the House of Commons Chamber was bombed. Arriving at the scene, the fire service was forced to choose between battling the blaze or fighting a second fire raging in medieval Westminster Hall.

They chose the latter.

By the following morning only a smoking shell remained and a new Commons Chamber was needed. In the ensuing debate over the building’s design, Churchill stood firm. He argued staunchly for the retention of the Chamber’s original rectangular shape, believing its adversarial design was responsible for the development of British democracy’s two-party system.

The modern office first appeared in 1900s America amid a new era of clerical jobs.

Most employees spend around 40 hours a week in the workplace. It’s the space in which they reason, react, collaborate, build relationships and think creatively.

We don’t operate independently of our environment and as Churchill suggested, its effect on us may be profound.  In recent years researchers have been paying close attention to how particular aspects of working environments influence the experiences of those within them; in particular, how they affect levels of employee wellbeing and productivity.

The more we learn, the more some of our long-standing assumptions about what constitutes a ‘good workplace’ are being called into question.

The era of the open-plan

Let’s start with the workspace as a whole. The modern office first appeared in 1900s America amid a new era of clerical jobs.

The style introduced desks that faced supervisors and open-plan floors to aid managers in directing work and to foster camaraderie among workers. What we now know of open-plan offices is that, whilst they can create a more collaborative environment, there are countervailing effects that make them less than optimal in terms of employee wellbeing and productivity.

Open-plan can work well for some employees, particularly extroverts, but for others the lack of privacy can negatively affect job satisfaction and output.

If open plan offices are to remain with us research tells us that smaller is better and using partitions to create private space can make a significant difference.

Studies focusing on different elements of workplace design have shown that it’s possible to introduce workspace changes that benefit employee and employer alike. Indoor air quality is a good example.

Poor air quality has been shown to lower performance by up to 10%, while short-term sick leave was found to be 35% lower in offices with better access to outdoor air. Research into thermal comfort found a 10% reduction in employee performance at both ends of the temperature scale (30C and 15C).

And studies show that even modest degrees of personal control over thermal comfort can improve productivity.

Other aspects of the work environment have also come under scrutiny.  Research suggests that biophilia, (the idea that green space and nature have a positive impact on mental health) has implications for office design.

The World Green Building Council found that employees working in buildings with abundant daylight, visual access to the outdoors and good air quality had lower levels of stress than those in workplaces lacking these features.

Meanwhile views of roads and traffic have been shown to produce higher stress levels than natural views.  Even the shape of the workspace can make a difference, with curved and rounded furniture  and layout being linked to positive emotions around reward and aesthetic appreciation.

There is also evidence that giving employees the chance to influence the environment they work in can improve wellbeing and performance.

One study found employees given a say in shaping aspects of their surroundings were up to 32% more productive than those who didn’t have this opportunity. There is a lesson here, as it seems even relatively cosmetic changes can have significant impact.

Among architects and designers the idea that buildings affect their occupants’ wellbeing isn’t new. However, it has taken some time for companies to realise that employee-friendly building design makes business sense.

In fact, for organisations looking to get the best from their wellbeing strategies, there is a strong argument for making re-evaluating their workspace the next priority. It has been estimated that the impact of the working environment on productivity can be as much as 20%, so there is every incentive to address the issue.

Unsurprisingly, it’s the major tech companies that are in the vanguard when it comes to environmental re-design on a grand scale. In Seattle, Amazon is constructing three 38-storey office towers next to two huge glass biosphere domes full of plants and trees for staff members to explore. The goal is to ‘create an alternative environment’ in which ‘employees can work and socialise in a more natural, park-like setting’.

Meanwhile, Google’s Head of Green Team Operations and Innovations, has described their design goal for their new HQ as being ‘to provide the healthiest environment possible’, with plans including almost full exposure to natural light and fresh air throughout.

But as we saw earlier, rethinking the workspace needn’t be all-encompassing to have an impact. When electronics firm Plantronics refitted its Swindon office in 2011 the company chose to divide office layout by function.

The new design incorporated communication areas for teams to make calls, quieter spaces for employees to break from their screens, a mix of formal and informal collaboration zones and concentration areas for solo work.

The company also encouraged space-sharing etiquette so workers knew not to disturb colleagues in the concentration areas. The results speak for themselves: since the re-fit, absenteeism has reduced from 12.7% to 3.5% and workspace satisfaction has increased from 61% to 85%.

A changing environment at work

One drag on progress is the silo mentality prevalent in many organisations. Workplace design has traditionally been the domain of facilities management and finance departments.

Now that so much more is known about the links between office conditions and employee performance, HR needs to be involved. For change to happen all of the departments that have a stake in the issue need to be involved in the planning process.

Only then will traditional approaches to building design begin to incorporate the kinds of features that bring the best out of employees.

One drag on progress is the silo mentality prevalent in many organisations.

With employee wellbeing moving up the organisational agenda it isn’t surprising to find businesses re-examining how their workspaces affect employees, for good or for bad.

But other forces too are pushing them to think differently. There has been much discussion about the impact of the multi-generational workforce and of the complications that arise as the requirements and preferences of different generations play out in the modern workplace.

Nor is it just generational differences; different kinds of job roles, work patterns, skill sets and perhaps even personality types also need to be taken into consideration. There is a growing appreciation of the need to move beyond a one-size-fits-all approach to workplace design, towards one that appreciates the diversity of employee needs.

As businesses seek to gain and maintain competitive edge and remain agile in a world of increasingly flexible work patterns, the need to rethink the working environment is almost inevitable.

With more organisations recognising this, it’s becoming clear that the office of the future is going to look very different from the workplace of the past.