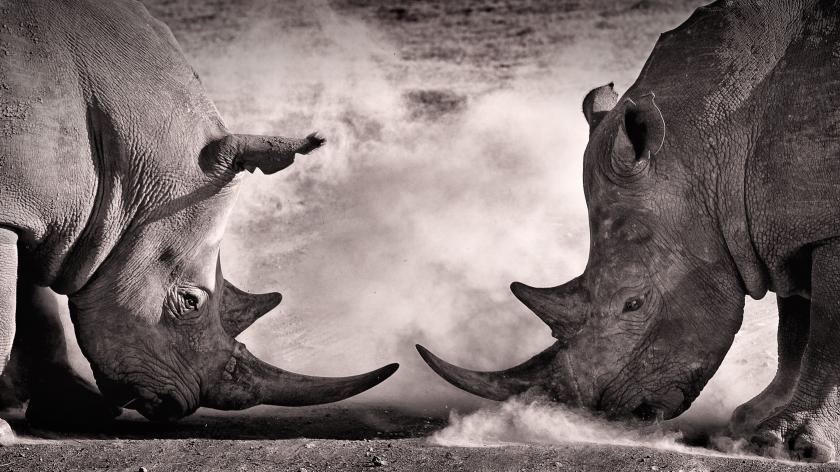 The workplace showdown: me vs you

We all have to work alongside difficult people from time to time. But what is the best approach to dealing with your workplace rival?

If your career were a movie you could rewind, erase and skip to the highlights to create a perfect cinematic experience. But your biopic is incomplete; one pivotal scene is missing. You never had a showdown with your workplace adversary.

You cannot rest until you rewrite this wrong. An Oscar-winning showdown to finally say what you want to say. Unfortunately your hypothetical victory soon fades as “Movie dialogue has never been how people really talk…It’s how we wish people talked. It’s what you wish you said to somebody when they insulted you,” says Brian Helgeland, the writer and director of Payback.

Stop the slow-motion torment of the unfulfilled vendetta as the best form of payback is succeeding in your career by being yourself and staying true to your values. However, you have to know when to stand up for yourself, when to seek help and how to live with your decisions.

40 hours a week of conflict

You will enjoy the company of most of the people you work with in your career, which is why a fiery rivalry with a peer can ignite your competitive streak. It’s not bullying, it’s a duel. A direct challenge to your status and authority which threatens your reputation and self-esteem.

You are equals but it doesn’t feel that way. The tension is a magnetic force pushing you together and pulling you apart day after day. The passive aggressive exchanges and forced politeness leave you looking like The Joker, but the fixed grin cannot hide your true feelings.

When enough is enough and you feel you’re about to explode, count to ten and let the ‘rage grenade’ awaken your senses. You must act professionally. Leave the macho posturing between you and the bathroom mirror.

Whether it’s public or behind closed doors, being calm and confident will give you the strength to take control of the situation and make it difficult for your adversary to act unprofessionally.

A ‘peace treaty’ will involve listening to each other and making compromises, or the situation will only get worse. Will your respective personalities allow you to meet in the middle, or will the barriers be insurmountable?

There can be only one – No negotiation can defuse this rivalry. You both want power and success and the workplace isn’t big enough for both of you, so one of you should go.

Zeitgeist hipster meets normal person – One of you lives and breathes modern business trends and Ted Talks, while the other has never heard of Simon Sinek and comes from the ‘university of life’. Having a good manager and communicating through colleagues may help you co-exist.

Détente – Your conflicting styles cause dissension among the ranks with team members feeling pressured to join sides. You both need to see the bigger picture. Harmonise your different styles to ease the strained relations and unite the team.

Compete and thrive – Your workplace feels like the Hunger Games and your adversary is taking it way too seriously, so rip the target off your back and make strategic countermoves to edge ahead in the race.

The real target – Your adversary has picked a battle with you to attract the attention of someone who can boost their career or love life, so the rivalry may fizzle out when their mission succeeds or fails.

If you cannot broker a peace deal, asking your employer for help is not a sign of weakness.

HR professional Robey Jenkins says, “The role for management and HR is to be available to step in when an individual's ability to cope and manage exceeds a level at which they're comfortable.”

If you have acted professionally you should have nothing to fear. You’re even allowed a few heated conversations. However, peace may come at a cost if you are the main cause of the conflict. An audit trail of dodgy emails, unprofessional behaviour, and ranting during the resolution process could damage your credibility and leave you vulnerable.

The silent victory may come late

A showdown is not the only way to end a feud. When I received a farewell drinks invite from an egotistical adversary, I wanted to respond: “Yeah, I’ll have a drink to celebrate your departure, I just won’t be anywhere near you at the time” and forward his invite to my allies with the mocking comment, “An Evening with X, I’m amazed he’s not selling tickets!”.

I did neither. He was leaving, I was staying. My job and reputation were my priorities, not having a difficult conversation past its use-by date.

These ‘rotten grudges’ can eat away at you. It’s no longer about your adversary. You are angry with yourself because you didn’t make a stand. Fortunately life sometimes works in your favour.

I was out for a weekend run when I saw an adversary who had taken great pleasure in belittling me in the workplace. He always boasted about being a great runner, so I took great pleasure in running past him on a hill, letting him catch up, only to overtake him again with a big smile on my face. Ten seconds of joy to lose seven years of anger.

However, writing it down feels rather less fantastic. All sense of achievement has disappeared. Posting derogatory or offensive comments on the internet about the company or a work colleague could be considered gross misconduct, so don’t do it.

Deal with it and move on

Past adversaries have prepared you for future conflict. Your mind and body are used to the fear, meaning you can manage your fight or flight emotions to stay in control and achieve peace.

I asked contributor Robey Jenkins, “If you could go back in time to confront your workplace adversary, what would you say?”

Do not let past grudges affect you. If it happens again, trust your instincts and decision-making to resolve the situation. Learn from the past, don’t live in it.