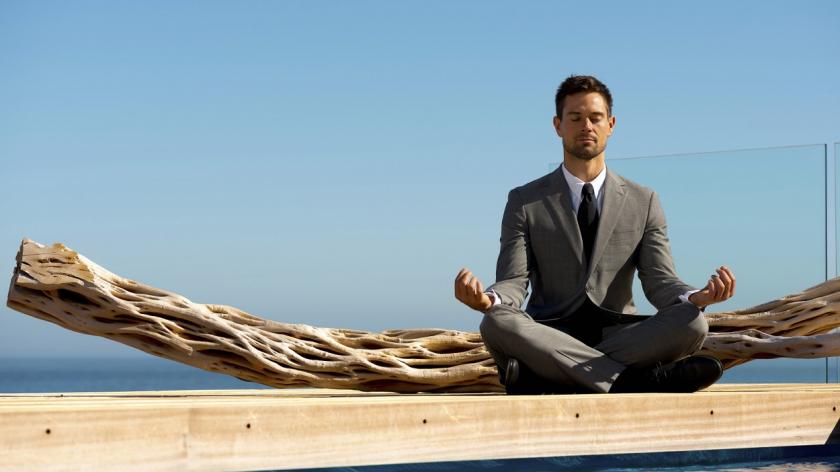 The science of mindfulness for leaders

If you are involved in any way with HR or L&D it is likely you have heard about mindfulness. It may well feature somewhere on your ‘to do’ list, whether filed in the ‘figure out what everyone is talking about’ column, or under choosing a ‘taster’ session or programme for your organisation.

Whether it is central to your strategy right now, or just on your horizon, knowing more about how mindfulness has come to prominence and how it can help you is a step in the right direction.

Mindfulness is traditionally associated with Buddhism, but those using it in a workplace environment tend to approach it from a secular context as a practice and a state. As a practice mindfulness is often associated with regular meditation and, as a state, to the ability to pay attention, on purpose, to your thoughts, feelings, sensations and experiences, in a non-judgemental manner, in the present moment (Chaskalson 2014).

Ever since 1979 when Jon Kabat-Zinn and his colleagues at University of Massachusetts developed the first MBSR (mindfulness-based stress reduction) eight-week programme, mindfulness has been shown scientifically, in a clinical setting, to reduce stress and anxiety (Baer 2003, Kabat-Zinn 2013).

It is perhaps now possible to see why mindfulness has suddenly become popular in organisational settings. The globalised, digitised, fast-moving, intensely competitive environment that many organisations find themselves in has resulted in mushrooming stress levels, coupled with an appetite for anything that might give an organisation the edge.

Research exploring mindfulness at work remains youthful and sparse, yet early results have been promising and the practice has been linked with:

However there are some notes of caution that need bearing in mind. Firstly, running a half day workshop on the subject is unlikely to lead to the promising results mentioned above.

Most research to date has been based on the MBSR eight-week programme which typically involves four to eight short workshops and daily practice of around 20 minutes over an eight week period. The jury is out on how much you can short-cut this process, but, as with all new skills, you do need to practice.

Mindfulness can change the structure of the brain permanently (Davidson et al. 2003), but this is unlikely to happen overnight. It might be more appropriate to think of mindfulness interventions as a medium to long-term development activity rather than a quick win.

Secondly, you may want to consider how you ‘pitch’ mindfulness to your employees and to the Board. A senior HR executive once said to me that they were concerned about suggesting the practice to employees because it might sound like the organisation was admitting it had an issue with stress. Leaving aside for a minute that this suggests a crippling approach to addressing stress productively, there are a number of ways that mindfulness might link to strategic goals coherently, compellingly and positively.

Citing research is likely to encourage those who wish ‘proof’ (Chaskalson 2011). Extending invitations to those who are interested, rather than sending those who are not on programmes is recommended.

Thirdly, it might be worth exploring why you are introducing mindfulness to the workplace. There is something understandably distasteful to some about the way that a practice which originates in the ethical and compassionate Buddhist tradition has been commandeered to increase the productivity of an already bursting-at-the-seams workforce.

If you are positioning mindfulness under a ‘wellbeing’ agenda, but wish to avoid cynicism from employees, you may want to undertake a certain amount of soul searching, particularly with your Executive Committee, on whether your broader actions, policies and practices add up to a genuine commitment in this area.

Interest is likely to continue to blossom and the pace of research exploring mindfulness in organisations is likely to rapidly increase. Whilst we seek to navigate the paradoxes of vast materialism and poverty, of explosive technological connectivity and workplace alienation, of shareholder value and employee and customer disillusionment perhaps mindfulness will be seen to offer, if not a solution, the possibility of more critically aware navigation of these 21st century challenges.

Dr Megan Reitz is a client director at Ashridge Business School, where she is currently launching a new mindfulness training programme, The Mindful Leader, designed and led alongside mindfulness expert Michael Chaskalson. The programme runs over an eight-week period and requires attendance at a short workshop every fortnight, as well as daily personal practice. It forms part of a research project investigating the effectiveness of mindfulness training on various leadership capacities that are crucial for facing the challenges of the 21st century.

Re-appropriation of spiritual values for commercial purposes is source of much Buddhist angst, however I offer two blogs at fnmyalgia.com/2015/07 where military adoption has not only reached a wider audience but is also evolving the dharma.
T2Health is an initiative to facilitate meditative techniques for those who wouldn't otherwise be receptive. Interoception which would demand a lifetime of Zen contemplation is now offered through technology, over the counter from Mindtec!

Thanks (0)
Replying to birdwood:

It's interesting to see meditation and mindfulness start to be taken seriously by organisations - I wasn't aware of the military using it though, will check out the blog!

My experience is that both taster sessions and structured ongoing courses can be benefitial in addressing stress and wellbeing issues at work.