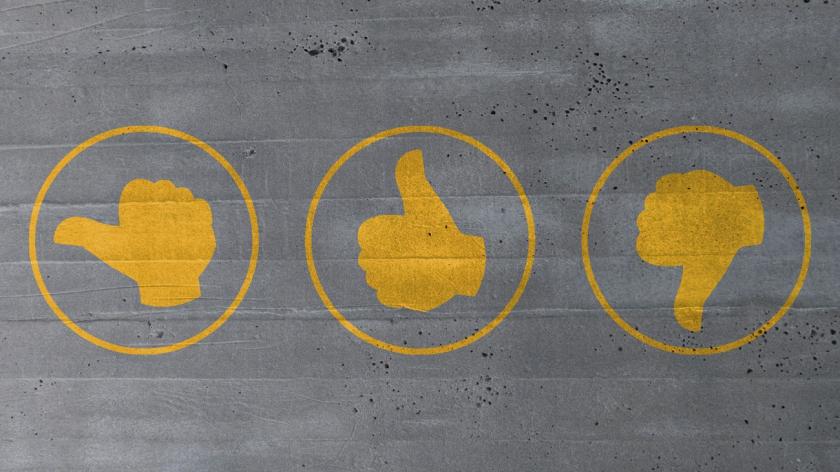 The role of feedback in performance management – the conditions for success

There are lots of companies making changes to their Performance Management systems and most of the changes revolve around feedback. But have we got it right?

Those of you who read our articles and regular newsletter will know we have views on the role of feedback that are, some would say been quite controversial.

We believe that manager-initiated feedback is an overrated management tool.

In fact, we'd go further and say it is amazing to us that feedback has such a key role in business and that we persist in trying to make it work.

In most organisations today we would argue the conditions are stacked against success. These doubts are backed up by a lot of research which calls into question the usefulness of feedback in organisations.

For example, we have previously referred to the work of Denisi and Kluger (which dates back to the nineties) which suggests feedback either does nothing or makes things worse more often than it improves performance.

The latest group to research the effectiveness if feedback in organisations is David Rock’s NeuroLeadership Institute and they have been sharing their initial results at their recent conference in the USA.

In this article I don’t want to repeat our review of the science but if you are interested you can do that by looking at our articles on The Feedback Debate or How being brain savvy can improve Performance Management.

My belief is feedback is useless and even damaging in the way most organisations are encouraging managers to use it.

I want to review the conditions when feedback works and some of the newer science.

But first of all, let me state some of my beliefs as these inform how I interpret the science.

After years of helping organisations improve the way they gave feedback and hours spent training leaders I finally had the insight that it wasn’t really working that well.

My belief is feedback is useless and even damaging in the way most organisations are encouraging managers to use it.

And at some level managers know this and that’s why they resist all the attempts I made in the past and others have made to give more of it.

In our experience feedback works when people seek it for themselves.

In our experience feedback works when people seek it for themselves. That is, it is asked for. Which we think explains why some people find it so helpful.

Our work in organisations suggests if we can restructure the manager’s role and remove the burden of collecting and giving feedback and instead train employees to understand the standards expected of them and to ask for feedback to help them meet the standards not only do you shift the balance of power, and hence the levels of threat, but you get happier managers and happier employees.

At the recent NeuroLeadership conference this was David Rock's ‘revolutionary big idea.’

NLI are advocating managers and organisations stop giving feedback and start asking for it. I’m really pleased that David Rock has endorsed our idea and experience.

Feedback works when the person can hold in mind how they behave now and how they would behave in the future.

For more on how this work look at our case studies on how some of our clients have adopted this approach.

So you can use this insight practically, here are the conditions when feedback works:

1. When employees know the standards they are working to and are trained to seek feedback to help them meet those standards.

2. When feedback creates reward in the CORE elements, that is it gives greater certainty about how to succeed in the role, options for doing the role, an increased sense of reputation and is equitable.

3. When the receiver of the feedback can imagine how they will act differently and see themselves doing the role or task in the new way.

Feedback works when the person can hold in mind how they behave now and how they would behave in the future.

In effect this means people can feed forward and create a mental picture of the new behaviour. Scientists call this mental contrasting.

The critical reason this is important is that the person can see all the elements that differ in the new behaviour compared to the old.

Scientists believe this mental contrasting helps generate both the insight that change would be beneficial, the motivation to undertake the change and the details of the difference behaviours required.

When people are undertaking mental contrasting scientists see people are thinking more complexly, it engages the prefrontal cortex as well as the temporal lobe which is essential for accessing the memory of the past (current behaviour) with a vision of the new behaviour in the future.

The researchers also see activation in the visual areas of the brain.

This amount of processing is very energy draining for the brain.

It requires a lot of mental resources so is hard when people are under threat, are very stressed or are focused on defending their reputation.

This research gives us some insight into why 'feed forward' seems to work.

A feed forward system which allows the employee to work out how they will behave in the future is likely to also be activating mental contrasting, and creating insight rather than telling the employee what to do in the future.

People are actually more likely to make change when they are engaged in the process of translating feedback into something they can actually do.

Introducing this kind of feedback approach requires a shift in the power structure between managers and employees and training for both.

Benefits of asking for feedback

Encouraging employees to ask for feedback has a number of benefits:

1. The feedback is likely to be more timely: the employee can ask when and where they want the feedback

2. It tends to be more focused on what is really useful to the employee, especially when people are trained to understand the job standards.

This enables employees to ask for specifics that will be helpful to them.

The traditional model of feedback assumes that people will do better when they have very specific information which would make it easier to put the new behaviour into action.

But more recent research has found that this doesn’t enable the involvement of the receiver.

It’s worth remembering that to change we first have to go through the uncomfortable feeling of the brain signalling we are doing something wrong.

People are actually more likely to make change when they are engaged in the process of translating feedback into something they can actually do and see themselves doing.

When employees are given too much data they discount it - egocentric discounting is the ‘technical’ term for this.

3. Bias is an element in feedback which we believe has had scant attention. We know we all see the world in very different ways.

Being in control of seeking the feedback they need means people can ask a range of people who have perspectives which are important to success allowing employees to refine their performance more specifically.

This type of approach to feedback sends a signal that work is somewhere the person can get better and if they get better the organisation gets better.

In effect it begins to grow a culture of growth mindset rather than fixed mindset.

We know from Carol Dweck’s research that cultures with a growth mindset perform better against  measures of business success like productivity and are also more agile and able to change.

When jobs provide developmental stretch they have an intrinsic benefit in increasing the employee's sense of reputation.

4. Organisations that succeed in creating employee-centred feedback help employees to feel comfortable with stretching and growing their abilities.

Whether that’s using online feedback systems or a direct approach, a balance of positive and developmental feedback initiated by the employee helps to draw out strengths and helps them to understand that to change.

It’s worth remembering that to change we first have to go through the uncomfortable feeling of the brain signalling we are doing something wrong - some pain must accompany creating new behaviours.

Cultures that encourage a growth mindset and also more likely to be able to support employees through this uncomfortable period.

Also when jobs provide developmental stretch they have an intrinsic benefit in increasing the employee's sense of reputation - ‘I am getting better’ - and helping people be open to growth and change.

Traditional approaches to feedback aren’t working in the majority of organisations, making the system informal is unlikely to change that much.

Shifting the power base and the premise that feedback comes from the manager to the employee is, we find, beginning to get better results.

Jan has recently launched a Brain-savvy Business members’ community. We are offering 10 three-month subscriptions for the most interesting comments on how you will use the ideas in this article. Add your thoughts below!