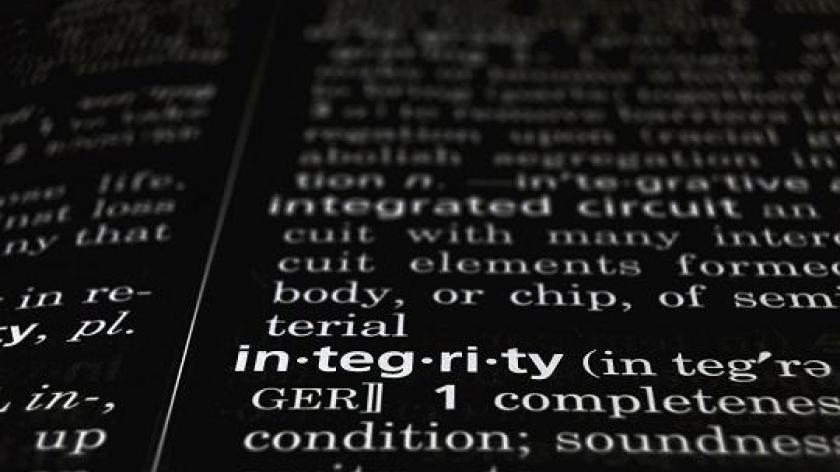 The neuroscience of organisational values - part 1

In part two of this article series, Jan Hills looks at how the research detailed below impacts organisations and what they should be doing to adapt.

There is a lot of talk about values in business. As a preoccupation it is taking over the whole culture debate, but given that values essentially form the bases of culture, I guess it is part of the same work.

Every bank we talk to is close to obsessed about the work they are doing on changing values which is not too much of a surprise given the stated concerns of shareholder and the regulator.

Organisations spend a lot of money articulating values and, in the midst of a crisis, going about changing them.

But the big questions for leaders and HR are: what values do we need in the business and can values truly be shaped to drive behaviour and the organisation's strategic execution?

The reason so much focus is placed on values is that people's behaviours are deeply rooted in their values. If business wants people to execute a new strategy, one it believes will create success, changing behaviour is usually a key part of the plan.

Many of those behaviours are driven by the values individuals hold and the values, both implicit and explicit, in the company. And the belief is values are stable so companies need to find people who share their values or persuade people the new values are right for them.

There is some emerging science that may be able to direct how we think about values and importantly whether our assumptions about how they drive behaviour and decisions are actually correct.

The science also points to how you help people align with a new set of values and is beginning to show how context impacts values and hence behaviour.

This is really at the root of what organisations are trying to manage.

The neuroscience and psychology of values

How does neuroscience think about value? Most of the research starts with the neurochemical dopamine which determines how the brain processes reward and hence what it values. Dopamine is found all over the brain.

Two brain regions are important and used by neuroscientists to study value. One is the nucleus accumbens and the other is the ventral medial prefrontal cortex. They form a coherent system of value within the brain. The system is an old and all-purpose one that probably developed to provide motivation to find food, shelter and other survival needs.

It developed to seek primary rewards but has been adapted to other things that people find rewarding such as an attractive face, chocolate and money. This dopamine system is useful when we have to make decisions especially when off-setting the value of one choice over another.

These types of decisions are more complex than a rational choice between alternatives where one is clearly valued more than the other.  Like £100 rather than cleaning the oven or being part of a happy cohesive team rather than a fractured one.

But because these are all processed in the same reward system it allows us to measure the relative value we place on these choices and hence the reward received. Neuroscientists think of this as a common neuro-currency of value.

This does not mean there is only one type of value. The reward system may be attuned to different things in a different context.

What is of value to one person may not be valuable to another and what is important now may not be of value in another context. For example social context can change what people value; when in a group people generally value the norms of the group. They may not value these norms in a different context such as when on their own or with their family.

Also think about how value changes over time and circumstances. Take fashion items, black checked shirts, very high heels, long hair etc.  You may have valued these at one time in your life but give them no value at another. For example, I wore incredibly high heels in my younger days but just do not see the sense of wearing these over being comfortable now.

Fashion is also a good example of how what is valued becomes contagious; we start to value the things others do.

Research by Jamil Zaki at Stanford looked at whether people shift their sense of value to conform externally, to fit in and create a social connection, or whether the way people process what they perceive as of value also changes when they adopt the values of the group.  In the research people were asked to rate pictures of faces as attractive, neutral or unattractive.

They were then shown the ratings of their peer group for the same faces.  Later they were again shown the faces and asked to rerate them.  The research looked at whether the rerating was nudged by the peer rating. They found that indeed people were nudged by peer views. People were scanned during the research and the same pattern showed in brain activity.

People were not just claiming to like the faces their peers liked more, their brain placed greater value on those higher rated faces. They took on the values of the group. This research suggests when a group, which is important to the individual, holds a value this will actually change the individual's values. More on the implications of this for organisations below

Zaki has a three dimensional model that describes the contexts which influence or drive an individual's values:

These dimensions interrelate. Values may be impacted by more than one at the same time, so although someone may want to be connected to team colleagues, they also want to receive promotion.

This means they may be required to be better than others on the team, this will generate a values conflict between being better than others and being socially connected, and the resulting behaviour will be driven by which values win out.

Our assumption about values is that they are formed from childhood, firmly held and hard to change.  This means organisations assume they need to find people whose personal values align with the organisation rather than expect people to shift their values to match those of the company.

So what happens when the company values change? Does this imply whole teams of people need to leave and new ones be recruited? And how good are companies at hiring for values anyway?

These ideas rest on the assumption that values are stable. Some of the science is calling that into question, as is hinted at above. In another study these ideas were again challenged.

In a study people's risk appetite on economic decisions was measured. It is well documented that most people are risk adverse and will hold on to resources today even if it means losses or less value later. This was the result researchers found; a preference for safety and physiological reactions like sweating, stress, and increase in blood pressure that drove people away from risk.

The researchers than asked participants to 'think like a trader' prior to making economic decisions and they found diminished physiological responses and their decisions were less risk adverse. This suggests that what people think the purpose of the activity is, determines the values that dominate and hence the behaviour which the values drive.

To further test this idea researchers studied people in two scenarios; one group were asked to play the 'Wall Street' game and the other the 'Community' game. Actually both games were the same. The only difference was the name. Players were asked to maximise their own financial returns. Players could do this through co-operation or cheating but in the cheating condition they broke social connection with other players. The results were; in the community version 60% of people cooperate, which dropped to 30% in the Wall Street game.

In a second study with different researchers the participants were again put in to groups, either Community game or Wall Street game but this time they were scanned while playing.  When people believed they were playing the Community game there was a strong response in their reward system to cooperation. This is consistent to valuing social connection. The reverse was found in the Wall Street game. These players had a stronger value response when maximising their own gain.

This research suggests that the context people believe they are in determines the values which are important.  Rather than some deeply help stable value. If you work in a bank or are a regulator just think about the implications of this research to how people behave. What 'game' do they think they are playing in your organisation and hence what behaviour will follow?