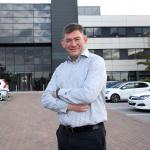 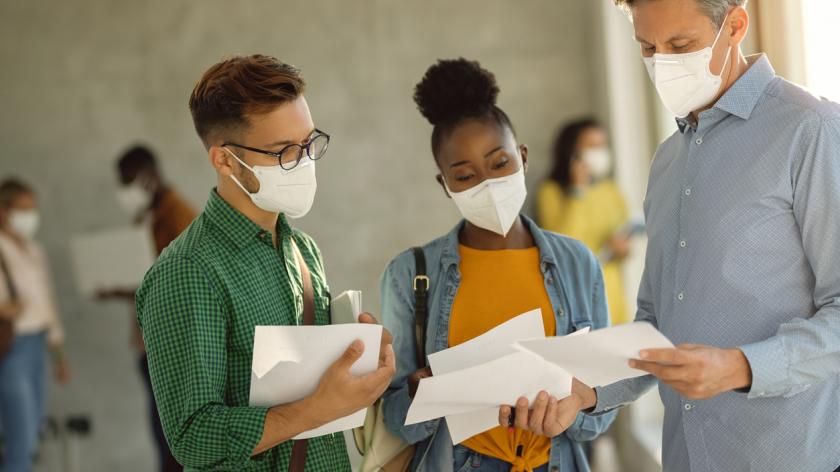 The lost generation: how apprenticeships offer hope to young workers battered by the pandemic

This National Apprenticeships Week (8 – 14 February 2021) will be unlike any other, but in the midst of the current economic and social turmoil it’s worth considering how apprenticeships could help to offset the impact of the pandemic on the next generation of workers.

When it comes to the jobs market, there is no question that young people are bearing the brunt of the economic decline. For the group of young adults who have recently been attempting to enter the workforce, it is an acutely uncertain time. With the UK on the brink of a double dip recession, the number of young people out of work continues to rise. From September – November last year, people aged 25-34 had a redundancy rate of 16.2 per 1,000, a five-fold increase on the same period the previous year. These rates are particularly worrying when considering the long-term impact unemployment has on the young people affected by it.

In order to move forward, we need to focus on supporting our young people.

There is frightening evidence of this following the 2008 - 09 recession. The Resolution Foundation found that people who entered the working world during the crisis took six years longer to recover their wages compared with their preceding associates. Crises may come to a close, but the toll it takes on young people takes a long time to recover from.

Chancellor Rishi Sunak unveiled new initiatives to support youth employment last year, including the Kickstart scheme. Although it is encouraging to see the government financially supporting the rising issue of youth unemployment, along with other members of the industry, I have my reservations.

As of mid-January, only about 1,800 young people had begun their Kickstart placements. Understandably, we are still in a national lockdown, but even if the scheme takes off, I fear that it could go the same way as the Jobs Retention Fund. We could see employers using the scheme as a form of unpaid labour, and people end up unemployed again at the end.

The UK cannot afford this. For the sake of the economy, society, and for our next generation, it is vital that investment is also put behind initiatives that are beneficial from start to finish and offer young people a structured way to learn new skills, gain qualifications and improved employment prospects. Apprenticeships can offer a solution.

Reaping the benefits of apprenticeships

Apprenticeship schemes have had an important role in the UK for centuries, but in recent years, they have become less prominent. Even before the pandemic began, apprenticeships had fallen by almost 40% in the last ten years. This is enormously unfortunate. Throughout my years as a HR professional, I’ve witnessed the abundant benefits apprenticeship schemes can bring, especially in my current role at SharkNinja. We offer stimulating apprenticeships in design engineering where employers benefit from skilled and loyal workers, young people get the career prospects they deserve, and the UK economy gains a new generation of skilled workers. It’s a programme where everyone involved wins.

As the number of apprenticeship opportunities declines, it is clear the current system needs to be reformed. Britain’s youth face a skills and unemployment crisis. This makes now the time for the government to rethink its current strategy in order for us all to begin reaping the benefits apprenticeship schemes can offer.

Investing in the future

The grants recently announced by the chancellor in the summer were encouraging to incentivise businesses to invest in apprentices, but they do not go far enough. A comprehensive apprenticeship programme costs an employer tens of thousands to fund, and so grants of up to £3,000 are not sufficient.

No sector of society has been unaffected by the Covid-19 pandemic and each will continue to feel the impact for many years to come. I believe, however, that in order to move forward, we need to focus on supporting our young people. This responsibility is on our government to invest more in apprenticeships, incentivise businesses and rewire the nation’s mindset towards these schemes, but it also falls on businesses, and on individuals too.

There are challenging times ahead for young people – that is undeniable. They have carried much of the cost of this pandemic already and will continue to do so for many years. We must focus on giving them long-term gains and satisfying careers as they begin their time in the workforce, and apprenticeships can be the key to achieving this.