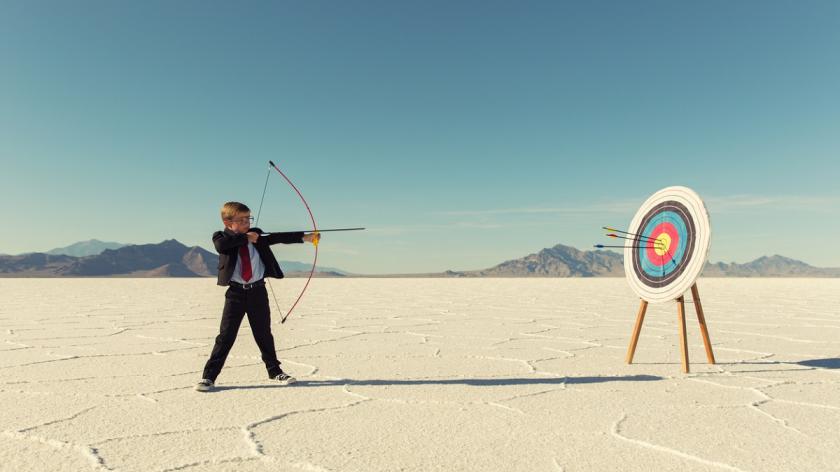 The dark side of marginal gains, interrogating your inner voice & the nature of persistence

John Amaechi OBE is a psychologist and high-performance coach. We caught up with John at this year's Good Day At Work Conversation, organised by Robertson Cooper. He is an English retired basketball player who currently works as an educator and broadcaster in Europe and the United States. John is a member of the American Psychological Association, the British Psychological Society (BPS), the BPS Division of Organisational Psychology and the BPS Psychological Testing Centre.

Jamie Lawrence, Editor, HRZone: What's your take on persistence? What does it look like on a daily basis?

John Amaechi OBE, psychologist and high-performance coach: Persistence is an acknowledgement that all great things come from the accumulation of pretty mundane stuff.

My job is amazing and it’s interesting almost every day, but to get to this point I had to do a huge number of amazingly mundane things, so boring, just tasks that seemed like ‘busy work’ but I also know that not completing those tasks would keep me from doing my amazing job.

So persistence is not about willpower so much as it is about delay as gratification, a recognition of the essential nature of boring and boredom so that you can do the exciting stuff in future.

John Amaechi OBE, psychologist and high-performance coach: I think sometimes people think personal growth means they have to turn themselves into Aristotle and great thinkers and leaders of the world and if you’re an entrepreneur you need to be Richard Branson, and so on.

You need to help people be able to translate the voice [in their head] into what’s real and what’s not real so they can move forwards.

But this isn’t true.

It simply means that for you, you always recognise there’s an untapped section of you and if you chip away even a fraction of that on a year-on-year basis you exponentially increase what you have to offer to yourself and other people.

All this is energy-expensive and it costs people energy to do personal growth.

It’s much easier to fold and just say ‘it’s too hard, aren’t I good enough already?” We are evolutionarily-programmed to do the things that save us energy because we used to need to worry about having enough energy to last until the next day.

And because of that we save energy all the time: we are programmed to be lazy.

Jamie Lawrence, Editor, HRZone: How do you make people care about their wellbeing?

John Amaechi OBE, psychologist and high-performance coach: You need to find stories that resonate with people.

You can’t tell people what their wellbeing looks like, you need to help them discover it for themselves. You have to understand that all people are different and therefore one-size-fits-all wellbeing strategies do not work.

Companies roll out gym memberships without thinking that maybe there are some people who hate gyms. Gyms are their nemesis. So it just won’t work for them.

Jamie Lawrence, Editor, HRZone: Aside from fear, what do you think holds most people back from personal growth?

John Amaechi OBE, psychologist and high-performance coach: You have to help people interrogate their own mind, to really examine the little voice inside their head which is often very fear-based and insecure, and challenge it.

So when you think ‘I can’t possibly do that’ as many people do you need to teach people to recognise when that happens and not just let it be a subliminal soundtrack to their life.

You can’t tell people what their wellbeing looks like, you need to help them discover it for themselves.

You need to help them be able to translate the voice into what’s real and what’s not real so they can move forwards.

And the more you interrogate this voice the smaller it gets and it sort of becomes trodden underfoot because your mind removes the hyperbole and the catastrophising and allows you to get to the core of it and if there’s something real, you can identify the preparation you should do next time, and that’s how you get better.

Jamie Lawrence, Editor, HRZone: What is the biggest problem in wellbeing at the moment that we need to tackle?

John Amaechi OBE, psychologist and high-performance coach: I think a lot of people have fallen in love with the idea of marginal gains based on British Cycling without realising some of the negative things that come with marginal gains.

The bullying. The emphasis on burning people to a crisp. It’s funny we have all this stuff on marginal gains and nothing on diminishing returns.

And that’s what real athletes and elite sports do: they want marginal gains but they know diminishing returns are a thing too. If we combine those two together, wellbeing would simply be an intrinsic part of sustainable success.

I like the idea of persistence being more about delay of gratification than willpower. It makes it seem more approachable that way. If I persist, I will eventually to do something great. Other than, if I persist, I have strong willpower. I also agree with people discovering their own wellbeing and wanting to change it. You can't make people change, it has to be their choice.