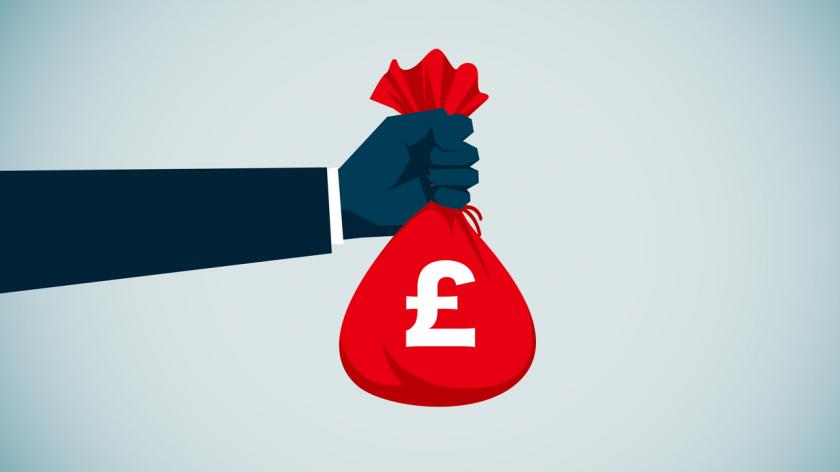 The borrowing behaviours of your employees: what you need to know

As an increasing number of working people find themselves in debt, it's ever more important for employers to understand the borrowing habits of their people, so that they can offer the right support.

Many people in the UK will have borrowed money at some point throughout their lives. But we are increasingly seeing evidence to suggest that being in debt, or more specifically worrying about being in debt, can impact a person’s mental health, change their behaviour (for the worse), damage their relationships and make them less productive in the workplace.

With these damaging outcomes of financial pressures coming to the fore, it seems wise for employers to make themselves better acquainted with the borrowing habits of their workforce.

Armed with this knowledge, businesses can see the extent to which both employees and the organisation itself are suffering from poor financial wellbeing and create a strategy for offering more relevant, personalised support and education.

So, what are the borrowing behaviours of employees in today’s volatile economic climate?

According to 2018 research by Neyber, 50% of employees borrow money on a regular basis, which is a slight increase on last year (48%). It’s important to note that this borrowing is for meeting basic needs such as paying off household bills and buying food, not for splurging on a more decadent lifestyle.

The most common forms of borrowing are credit cards (25%), own personal savings which they intend to pay back (14%), friends of family (13%) and bank overdrafts (13%).

When breaking down the data to better understand the financial habits of different age groups, we see that 70% of 18-34 year olds borrow money, compared with approximately 38% of those over the age of 34. So young people are nearly twice as likely than older people to be in debt to cover the cost of basic living.

Offering education early on to young people within your organisation could help them avoid getting into a downward spiral of mounting debts.

These types of borrowing often charge high interest rates, causing low levels of debt to spiral into much larger amounts – it is therefore worrying to see that young people are not steering away from these channels.

Overall, we can see that borrowing money is part of the everyday, particularly among younger people. The constant rise in rent and house prices and household bills, stagnant pay and a turbulent economic climate are leaving many to feel financial strain.

But how do people understand the kind of debt they are faced with? It is interesting to look at the psychology of debt to glean how consumers feel about borrowing money.

The psychology of debt

In a report on behaviour change from personal debt, The British Psychological Society states that an average citizen’s definition of debt is different to that of an accountant’s. In fact, an ordinary consumer will tend to change the meaning of the term ‘debt’ to avoid reflection on their own personal finances.

“Being in debt is generally regarded as an undesirable state, and accordingly people frequently define debts that they hold as not being debt at all,” the report states.

The three main different consumer understandings of debt (which are all technically just debt) according to the British Psychological Society are:

1. Credit: Where the arrangement to borrow and repay money is being honoured

2. Debt: Where repayment should have been made, but for some reason has not been

3. Crisis debt: Where there are debts that cannot be repaid at all

Many employees will see themselves as having credit, when in fact they have debt – and such people may feel perfectly comfortable with this form of debt, because they do not define it themselves as debt.

Furthermore, while crisis debt is clearly the worst kind of debt to have, the other debt types can lead some people down the treacherous path to owing money they cannot repay.

Educating employees on the very definition of debt and how one form of debt can easily lead to another more detrimental type of debt, is certainly worth considering among businesses today.

What gets people into debt?

It is not uncommon for people to find themselves with multiple debts to pay off – credit card bills, overdrafts, bank loans and student loans – and not understand quite how they got into the situation.

There are, of course, certain life events that can lead to debt, such as illness or injury, divorce, the loss of work, or acquired caring responsibilities.

We remain a fair distance away from seeing financial wellbeing programmes within businesses as a norm.

But social factors and behavioural traits also play a key role. A lack of financial education among parents, and the prolific use of plastic money eg credit cards (which there is evidence to show is easier to spend than cash) can have an impact. So can certain certain attitudes such as materialism, over-optimism and impulsiveness.

As mentioned above, a significant number of the younger generations find themselves bearing the burden of debt. This is unsurprising considering that young people tend to have poor financial education from parents or schools and have the responsibility of their own finances thrust at them from the age of 18.

Bad money habits are rife in these situations and can lead to debt that gets out of hand, particularly among those from disadvantaged families who cannot receive support with repayments. Alongside high living costs and stagnant pay, these debts can be near impossible to escape from.

This is something to bear in mind when considering what financial support you can offer to your employees. Offering education early on to young people within your organisation could help them avoid getting into a downward spiral of mounting debts.

When seeing the extent to which employees borrow money, and how a ‘safer’ form of borrowing (credit) can easily slip into more unstable types of debt, it’s clear that better financial education, tools and resources are required.

An obvious provider of this support (among others) would be employers. We remain a fair distance away from seeing financial wellbeing programmes within businesses as a norm (like offering pensions now is), but the dial is starting to turn.

To find out more about the impact of debt on employees, download Neyber’s DNA of Financial Wellbeing 2018 Book two.