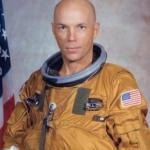 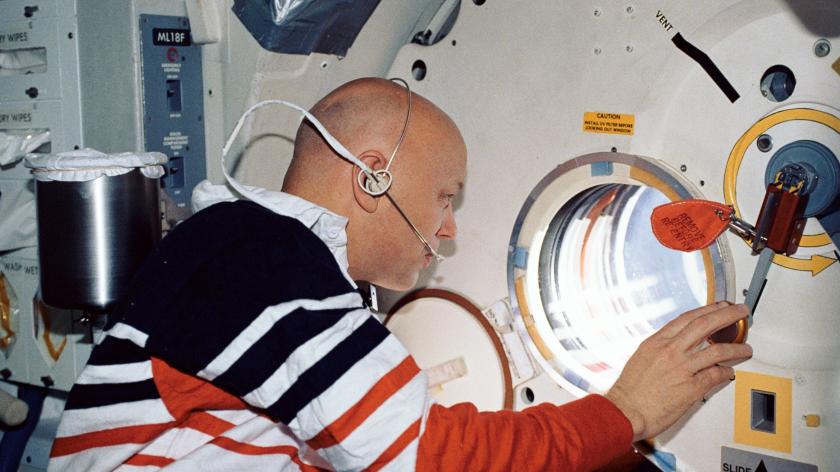 Reaching for the stars: skills advice from a NASA astronaut

To mark the 50th anniversary of the Apollo 11 moon landing, which took place on 20 July 1969, astronaut Dr Story Musgrave explores how his thirst for learning has led to an extraordinary career. Even in our current world of uncertainty anyone can go the distance, he argues, but it requires embracing a new set of rules.

This time 50 years ago, I and my colleagues from NASA’s so-called Group of 6, the second intake of scientist astronauts recruited in 1967, were nervously watching the Apollo 11 moon mission unfold live on our television screens, just like millions of people from around the globe.

The day of the moon landing is one I’ll never forget. Already two years into our time at NASA, we were watching every move of our two colleagues up there in space. We were glued to the action as Neil Armstrong and Buzz Aldrin touched down with the lunar excursion module and Neil took mankind’s first step into the fine, grainy grey moon dust.

This historic feat, however, was not only the achievement of my colleagues Buzz and Neil – it required a whole team of people behind them, all specialised in different, but equally important, skills.

Today, the Mission to Mars is NASA’s next frontier, and the hard-working team of astronauts and scientists have had to upskill and learn new competencies as they grapple with new technologies.

Technological advancements are progressing faster than ever, to a point where it is quite likely that robot astronauts may one day replace humans, taking away the user experience – the stories of great human achievements.

When the time comes, perhaps no children will be glued to their screens to see the first man walking on the Red Planet. Instead, we may very well read about it on our phones: the amazing discoveries that robots have made on Mars.

How is a human child to succeed in this environment? Well, I like to see it as a new set of rules. My colleagues who successfully completed the Apollo 11 Moon landing, as well as my peers and I who succeeded in the launching and repair of the Hubble Telescope (I was the lead spacewalker on the repair mission) had a clear set of rules, which we followed. We had a plan that enabled our success.

The new era simply calls for a new set of rules. We must all learn what these new rules are in order to adapt and continue to succeed.

This year, NASA had 18,300 applicants, from which they only took 12. How did this select dozen stand out from the crowd? If you look at their biographies you will see that they’re not superhuman – they are skilled technicians and operators and good people, but otherwise they’re not special. They simply followed the rules and got to the finish line.

In that case, what will the new rules be in the coming AI and robot era? I believe hands-on rather than formal education, all that goes into making a well-rounded and curious human, is key. This is why I am in support of the science, technology, engineering, art and mathematics (STEAM) concept, as it offers a broader education than science, technology, engineering and mathematics (STEM) does.

STEM by itself is not enough. I have completed 16 years of higher education, that is about 160 courses, and the most valuable, essential course I ever took was public speaking.

We keep pushing STEM all over the world, but everybody has something to offer, call it content, and everyone needs a way to give it to the world, call it form.

Anything is possible as long as one is responsible, resourceful and knows the sets of rules.

No matter how good your stuff is, you must have a way to get it out there – whether it is a mathematical equation, a piece of art, a film, an article or a book, you have to have a form.

By educating yourself in both creative and logical skills, you are arming yourself with the tools to put frame and form to what you wish to give.

Without that, you are no better than a very simple robot. And in an automated world, where human interaction with robots will be valued, you will need to grasp the human skills that robots do not have, in order to maintain and develop them and lead innovative projects.

At 84 years old, I have seven graduate degrees in math, computers, chemistry, medicine, physiology, literature and psychology. I have been awarded 20 honorary doctorates and was a part-time trauma surgeon in my 30-year astronaut career. I have accumulated 18,000 hours in over 160 aircraft and have over 800 freefalls as a parachutist.

Today, I manage a palm farm, a production as well as a sculpture company. I am a landscape architect, a concept artist with Disney, an innovator, a professor and a public speaker.

I achieved this by embracing life-long learning, and understanding that anything is possible as long as one is responsible, resourceful and knows the sets of rules.

If you don’t have the resources, go get the resources! As a product of child labour on a farm – riding combines at 5 years old, driving trucks and tractors at 10 and then repairing those tractors at 13 – what resources did I have? Strength. Physical athleticism. That got me into the marines and then eventually NASA. I used what I had and built on it.

Anybody can do it. I am always impressed by and have massive respect for younger people. At my local grocery store, there was a child at the cash register stacking all my groceries in the bag and putting it in the basket for me to take out to the car. And I said: “Ma’am, how old are you?” “I’m fourteen.” She replied. That child is on a trajectory, she is 14 years old and out working. She has learnt the rules, made a plan and is following the road to success.

No fear of automation

If robots really do replace cashiers and other repetitive work accessible to young people, then we must learn the new rules.

Employers, governments and educators now have a big responsibility to ensure that everyone understands the new rules of the game for the digital era. The WorldSkillsConference coming up in Kazan Russia in August may be a real opportunity to draw up a set of principles or rules for a human-centred approach that goes beyond just technical skills and takes a holistic view of the human being. Events like this one, or the MissionTalent initiative I recently heard about, are useful to trigger a debate.

But, while panel discussions and high-level educational events are of great importance in themselves, whether we take all we can from them depends on our mindset. It all comes down to our willingness to learn, evolve and embrace change in ourselves.