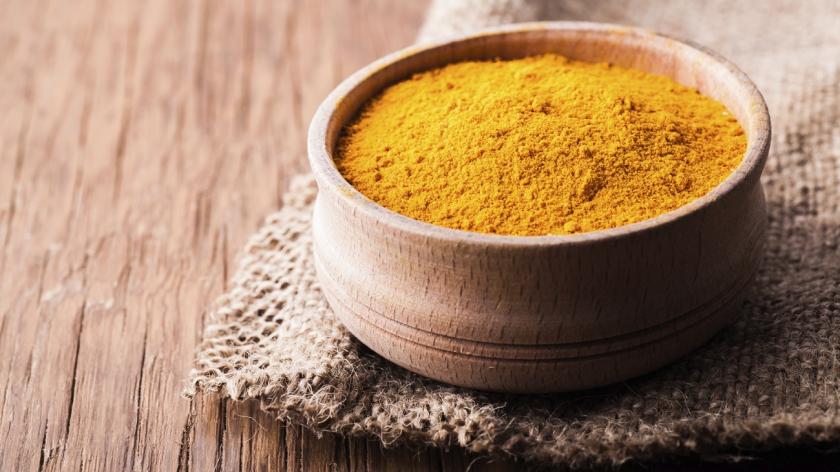 It’s hard not to rush out and buy a huge bag of organic turmeric when you read the health benefits.

The research points to its many properties including being a natural anti-inflammatory, anti-septic, anti-bacterial and packed with anti-oxidants.

It’s been linked to a reduced risk of Alzheimer’s, cancer, and liver disease. In India, where the spice is consumed as part of the everyday diet, less than one in one hundred of over-65s have Alzheimer’s, while n the UK the figure is one in fourteen.

In one study – admittedly a very small one – three dementia sufferers were each given a teaspoon of turmeric a day. Within a few months their symptoms had reduced significantly so they were able to resume some day -to -day activities.

With such a small sample this of course may be a fluke. Judge for yourself in this video.

The active ingredient that makes the difference

Curcumin (the active ingredient in Turmeric) is strongly anti-inflammatory, and curcumin actually targets multiple steps in the inflammatory pathway, at the molecular level.

Turmeric appears to have a particularly strong effect on the low grade, chronic inflammation which increases as we age.

In addition curcumin blocks NF-kB, a molecule that travels into the nuclei of cells and turns on genes related to inflammation. NF-kB is believed to play a major role in many chronic diseases.

Inflammation is extremely complicated but the key takeaway seems to be that curcumin fights inflammation at the molecular level. In several studies, its potency has compared well to commonly taken anti-inflammatory pharmaceutical drugs… except without the side effects.

Curcumin is also a potent antioxidant that can neutralize free radicals due to its chemical structure and it boosts the activity of the body’s own antioxidant enzymes.

So curcumin delivers a two-for-one benefit against free radicals. It blocks them directly, then stimulates the body’s own antioxidant mechanisms.

Turmeric appears to have a particularly strong effect on the low grade, chronic inflammation which increases as we age – so much so that experts now refer to it as ‘Inflamm-ageing’.

This may be the common biological factor responsible for the onset of many age-related diseases and many cancers and decline in the elderly.

The video above makes the point that further research of turmeric and dementia is unlikely as you can’t patent a kitchen spice, so there’s no money to be made from proving that it has a beneficial effect on dementia in a larger study. Maybe, maybe not.

How do you use turmeric?

But how to take turmeric if you don’t like curry or at least don’t want it every day?

We take it in smoothies, mash it into avocado and it's tasty with a few mushrooms and parsley on toast for breakfast.

And it’s important to take it in the right way to maximise the benefits. The effectiveness of curcumin is limited because it's poorly absorbed by the body.  Research shows that by adding fat and black pepper, we can dramatically increase its absorption.

We take it in smoothies, mash it into avocado and it's tasty with a few mushrooms and parsley on toast for breakfast. You can also make an anti- inflammatory tea with ginger.

And our favourite blog KALE & COCOA told us about the fabulous Serotonin Eatery in Melbourne Australia which has ‘golden lattes’ on the menu – turmeric, ginger, cinnamon and black pepper whizzed up with coconut milk.

I am sure it would be relatively easy to make your own.