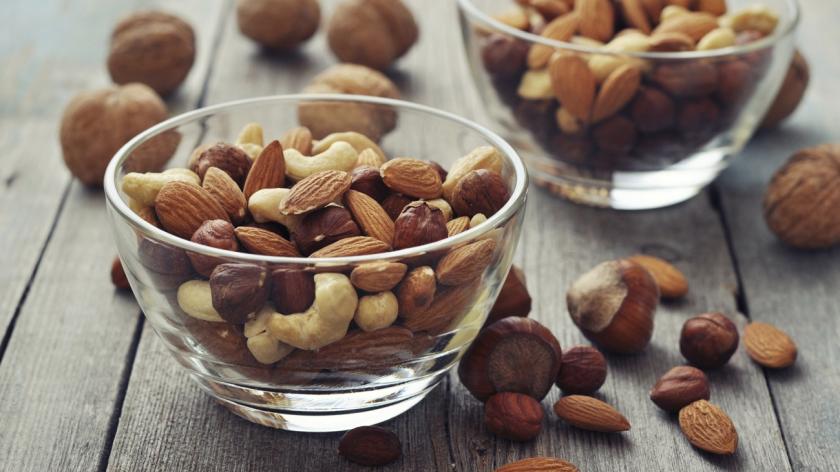 Walnuts have been revered since ancient times as the symbol of intellectuality since when cracked their two convoluted surfaces resemble the human brain!

Research has found that they are enriched with many health-benefiting nutrients, especially omega-3 fatty acids (which we discussed in the introductory article)

Walnuts and other nuts have many healthy properties thanks to their unique blend of fibre, healthy fats, vitamins and minerals.

The health benefits of nuts

There are numerous reports on the health benefits, much of the research has been done on rats but two key reports have added weight to the arguments for humans consuming more nuts.

The first was a report published in the American Journal of Clinical Nutrition which investigated the effects of tree nuts (pistachios, pine nuts, pecans, macadamias, hazelnuts, Brazil nuts, almonds and, particularly, walnuts) on cholesterol, blood pressure and inflammation.

Walnuts have been revered since ancient times as the symbol of intellectuality.

The report concluded that eating nuts lowers LDL (‘bad’) cholesterol, ApoB and triglycerides – all of which are linked to cardiovascular disease.

The second was a report published in BMJ Open Diabetes Research and Care focusing exclusively on walnuts. Walnuts contain large amounts of magnesium, Vitamin E and the B Vitamins.

They’ve been credited with a wide range of benefits – from slowing prostate cancer to reducing blood pressure. In this study, adults at risk of diabetes were fed a diet high in walnuts.

Their blood vessel wall function was considerably improved (meaning blood is pumped more efficiently around the body) and their ‘bad’ cholesterol levels were significantly lowered.

The other studies carried out on rats require the results to be generalised to humans. However, walnuts have been shown to make rats ‘younger and smarter’, according to Dr James at Tufts University.

He says eating 7-9 walnuts daily could actually delay the onset of Alzheimer’s and dementia. Walnuts, he says, curb oxidative damage to brain cells (see the article on Productivity and Memory), fight inflammation and stimulate the birth of new neurons.

All in all, walnuts rejuvenate the entire structure of brain cells.

Eating 7-9 walnuts daily could actually delay the onset of Alzheimer’s and dementia.

They also help lower cholesterol and blood sugar and improve blood flow. Like all nuts, they are high in antioxidants.

According to research published in the Asia Pacific Journal of Clinical Nutrition, routine nut consumption is associated with elevated resting energy expenditure.

Research has also found a link to weight loss or at least limited weight gains.

A study published in the American Journal of Clinical Nutrition also found that women who reported rarely eating nuts had a greater incidence of weight gain over an 8-year period than those who consumed nuts two times a week or more.

So it seems nuts are the way to go.

Again look at the article on forming healthy habits and add nuts to your snack pack.