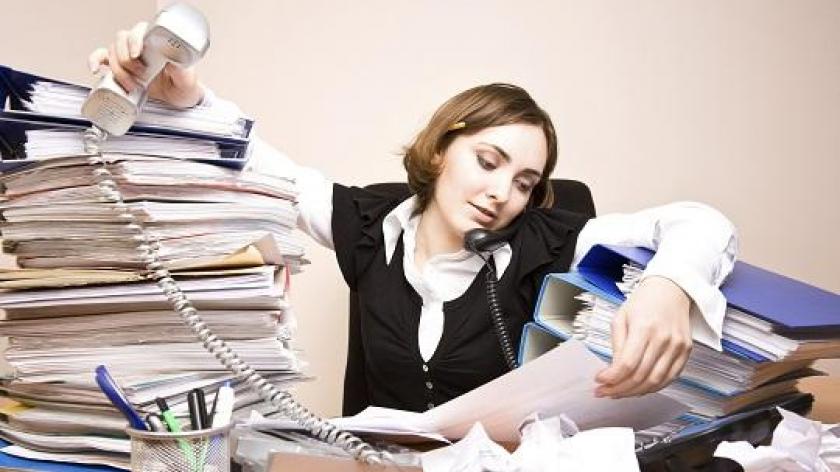 Technology has definitely made life easier, for example I can remember getting stuck on the train and being unable to let anyone know. Yes this was the days before mobile phones. There was one person with a phone in the whole carriage, probably the whole train. It was carried around like a brief case and was much heavier. The kind man let me use his phone to alert home. It probably cost a small fortune.  Technology today gives us multiple ways to alert home about a train break down. You can call, email, tweet, text and probably use other methods I don’t even know about! But technology can also have its downsides. One is the tendency we have to let it grab our attention. It’s difficult to have a conversation without a phone call interrupting and even when you are alone there are alerts for a tweet, an email, your next meeting, your child’s private ring tone and more. Linda Stone says we are addicted to media, “constantly scanning for opportunities …in an effort to miss nothing” with what she calls “continuous partial attention”.

Alongside the impact on attention are the increase demands made, partly because our expectations have risen, about the speed at which we should be able to get information and a response from others.  Edward Hallowell has called this the ‘hyperkinetic work environment’. Hallowell identifies this environment as:

One of the ways people try to manage this work environment is through multitasking and those that think they are good at it will tell you with pride. Many people believe it is essential for survival in today’s work environment and many bosses, either implicitly or explicitly expect people to be proficient at it. But what do we mean by multitasking?  The term was originally used in the computer industry to mean a processor’s ability to carry out more than one task at a time. Humans can multitask; they can walk and talk, drive whist listening to music or sit in a meeting and day dream. What is going on here is different parts of the brain are working on different things at the same time. But science shows it is not possible to ask the same brain areas to do two things at once. You can test this by trying to rotate your left foot whilst at the same time drawing the figure eight with your right finger. Leave a comment if you were able to do this simultaneously! Similar issues occur when you try to do cognitive tasks at the same time. Try typing an email on an important subject and talking on the phone at the same time.

Neuroscience has shown that the concept of multitasking is a myth. What we are actually doing is jumping between two or more tasks. When we shift back and forth there is a productivity cost for each shift. If you don’t believe me try this test. With a stop watch measure how long it takes you to count from one to 10. Now do the same thing except saying the alphabet from A to J. Now put the two together, alternately saying a letter and a number.A1, B2, etc. Measure your time. It will be more than twice as much as the single task because the brain slows down when it has to keep switching between numbers and letters. For most people the first two tasks probably took about two seconds each. For the mixed, switching task it typically takes fifteen to twenty seconds. On top of slowing down working memory gets fatigued and you may find you also forget where you were in the task depending on how stressed or how much you have been using your brain today. If you are not convinced here are examples of research.

Scientist Katherine Moore at Michigan found that irrelevant cues introduced when a person was concentrating hijacked the attention system and impacted cognitive performance. In other research designed to simulate a busy office Kings College University’s Glenn Wilson found that switching between different technologies, like emailing and answering the phone excessively, reduced IQ by ten points.

There is also evidence that multitasking impacts long term memory and learning. Research by Karin Foerde found that those who learnt a task without distraction performed much better and remembered more than the group who were distracted with noises, like a phone, during learning. By looking at brain scans during learning she was also able to see that the hippocampus, the area of the brain responsible for encoding long term memory was only active in the group who were not distracted.

Work patterns in organisations are going to have to change to achieve the levels of productivity needed to meet economic, commercial and societal changes. People must be more productive and the science would seem to suggest that STOPPING multitasking is the way to improve productivity.  For HR there are two important implications; one is to educate managers and leaders. One way of doing this is to be a role model and to stop multitasking yourself. The other is to look at the explicit and implicit ways of working in the organisation that may be encouraging poor work practice. That is multitasking on cognitive tasks.

Is it all bad?

There is some evidence that the presence of these forms of distraction may also help to better focus mental energies if we work with them strategically.

A recent study at Carnegie Mellon University, quoted in the New York Times measured the impact of electronic interruptions on mental clarity. Psychologist Eyal Peer and colleagues devised three test groups, each of which was asked to complete a standard cognitive skill test:

People who rated themselves as high multitaskers were poor at all of the tasks and also worse at analytical reasoning.  Looking at the impact on performance across the different conditions, the second group, which was interrupted with text messages, had the worse test scores, 20 per cent lower, than the uninterrupted control group.

Surprisingly, however the third group, which was informed there would be an interruption but never received any text messages, did far better than the control group. Their average scores were 43 per cent better.  The mere threat of interruptions seemed to have kept their focus. The researchers believe that participants marshalled extra brain power to steel themselves against the interruption and that this served as a kind of deadline that helped them focus even better. The researchers say that further study is needed, but these results indicate that the awareness that we might be interrupted could be just the right kind of built-in pressure we need to focus our attention.

This research would suggest it is your mindset about interruptions more than the interruption itself that is important.  If we allow our attention to constantly shift based on alerts from technology our attention and cognitive ability will be impaired but if we control for this our performance is less affected.

The good news is that we don’t have to fight against technology - it looks like with the right mindset we can avoid distractions, even if we don’t know when they’ll happen, and harness our attention for greater productivity. So for individuals the question is ‘what is the mindset you bring to work? and as an HR function how do your policies and work patterns help the mindset of employees and managers to maximise productivity?

Really interesting article - and surprising that changing our mindset to "interruption alert" helps us focus our attention.

I was also wondering if age has an impact?  Was there any more information in the study about the demographic of the groups?

Thank you for your comments, and an interesting question. There is some evidence that younger people especially those who do a lot of gaming can multitask but it is unclear if they are just better at rapid switching or are actually multitasking using the definition in the article.

i seem to remember i have read somewhere that age makes switching even more difficult but can't right now find the reference.

the best advice is not to do it!