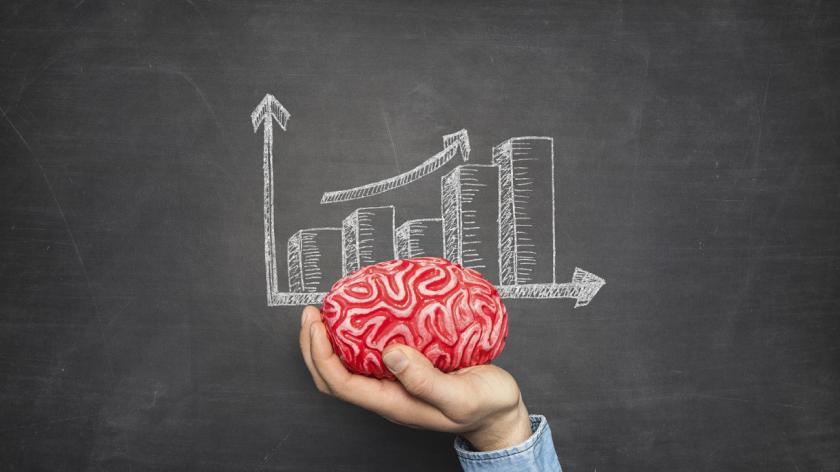 Maybe one reason there is limited focus on this area is it’s confusing.

A lot of recent research has found that long established ideas are basically wrong and were based on poor or biased science.

Maybe the hardest to get your head around is that eating a low fat diet is positively dangerous for the health of your brain and may well be the root of the epidemic in dementia which the western world is suffering as well as being linked to other serious illnesses like some forms of cancer and obesity.

In this series we have focused on the research which is well established even if it contradicts some strongly-held beliefs. This first article summarises some of the research advice.

But firstly a health warning. We are not medical professionals. We have researched the science for our own health and that of our families. So if you have particular symptoms you are worried about or adopting some of this advice would be a big shift in your life style, make sure you seek medical advice.

We also recognise that knowing what’s good for you doesn’t make it so! Therefore in this first article we also focus on what science tells us about adopting new habits to help you take advantage of the rest of the series.

Here are the highlights we will go into more depth in later articles...

Although food has classically been perceived as a means to provide energy and as the building material to the body, its ability to prevent and protect against diseases is starting to be recognised. Of course, this is the case in the west – it has always been an aspect of eastern medical practice.

The trick to eating right is not learning to resist temptation...

In particular, research has provided evidence for the different types of food and drink which impact mental functions. For instance, a diet that is rich in omega-3 fatty acids has increasingly shown to support cognitive processes in humans..

Gómez-Pinilla, a professor at UCLA, analysed more than 160 studies on food’s effect on the brain. He published his analysis in the journal Nature Reviews Neuroscience and it shows that Omega-3 fatty acids — found in wild salmon, walnuts and kiwi fruit — improve learning and memory and help to fight against mental issues such as depression, mood disorders, schizophrenia, and dementia.

Gómez-Pinilla says synapses in the brain connect neurons and provide critical functions. Functions like learning and memory occurs at the synapse level.

Other research has found that if you want to improve your cognitive functioning like your memory drink coffee and consume  turmeric, walnuts ( and other nuts) and rosemary. (More on these in our ‘light bites’ in the series)

The links between diet and mental health are hard to ignore and a diet high in vegetables, fruits and nuts like the MIND diet is healthier and improves cognitive functioning.

What not to eat…

And if you want to feel happier, cut down on refined carbs to boost mood.

Gómez-Pinilla’s analysis also suggests excess calories can reduce the flexibility of synapses and increase the potential for cells to be damaged by causing the formation of free radicals. Gómez-Pinilla says the brain is highly susceptible to oxidative damage and he notes blueberries have been shown to have a strong antioxidant capacity.

The links between diet and mental health are hard to ignore.

Sugar is the new tobacco and it's not just Jamie Oliver who thinks so, so the World Health Organisation halved its recommended daily intake.

In contrast to the health effects of diets that are rich in omega-3 fatty acids, diets high in trans fats and saturated fats will negatively impact cognition functioning.

Junk food and fast food negatively affect the brain’s synapses, said Gómez-Pinilla, who has cut his own consumption of fast food since conducting the research.

It’s not just what you eat…

Gómez-Pinilla also says that emerging research indicates that the effects of diet on the brain, combined with the effects of exercise and a good night’s sleep, can strengthen synapses and provide other cognitive benefits.

Eating well is only part of the battle; exercise is being shown to provide physical, mental and cognitive benefits.

Sugar is the new tobacco and it's not just Jamie Oliver who thinks so.

In addition get a good night’s sleep to maximise memory, make better connections between information and improve the quality of decisions and reduce the risk of succumbing to dementia.

And finally understanding the brain's capacity will help you to work more productively even if the ideas do challenge conventional views on good work habits.

One thing we know from other health research is that assuming better information will motivate change is not enough. Here are some research-based strategies worth trying:

Willpower will not save you so don’t buy unhealthy foods. Take them off your shopping list then they won’t be available when temptation strikes. Use the favourites function on your on line shopping service or use organic suppliers like Abel and Cole to ensure you buy healthy fresh food.

Make it easier to snack on healthy foods. Place a container of nuts, fruit or vegetables near your line of vision. Take a bag of fruit and nuts or a bar of dark chocolate (more than 70% cocoa) to the office on Mondays so that you have them available throughout the week.

Make eating decisions before you get hungry. If you’re going out to get lunch, choose the restaurant or take away venue in the morning, not at 12:30 pm when you are hungry. Studies show we’re a lot better at resisting poor food choices in the future than we are in the present.

Make eating decisions before you get hungry.

Share your good eating plans with colleagues and friends and enlist their support in staying on track. If you have made a public statement of your plans you will want to live up to your goals and chances are they will join you in your new habits.

You’ll perform better by grazing throughout the day. Smaller, more frequent meals maintain your glucose at a more consistent level. Spikes and drops in blood sugar are both bad for productivity and bad for the brain.

The good news is that contrary to what many of us assume, the trick to eating right is not learning to resist temptation.