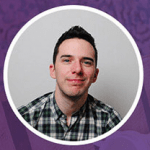 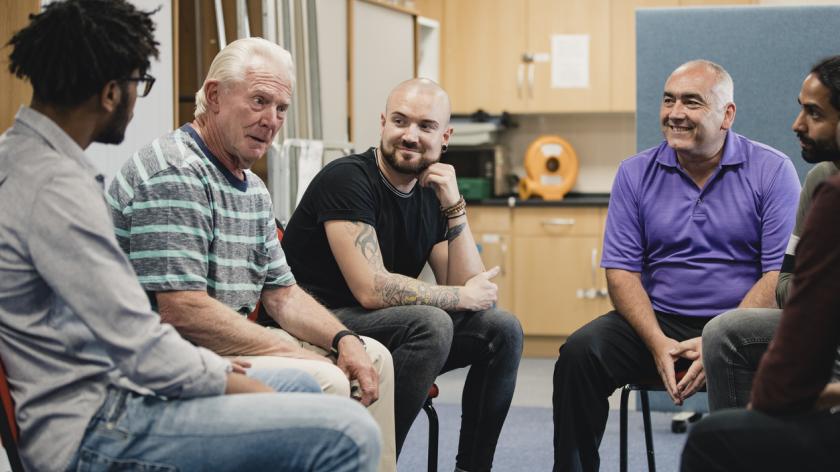 It’s been proven that men are less likely to talk about mental health issues than their female colleagues, but that doesn’t mean the problem isn’t still there. Here’s why HR needs to pay attention to men’s mental wellbeing, too.

We have a professional duty to put in place psychological safety mechanisms and measures to protect employees’ mental health based on analysis and evidence. While analysing workforce demographic comparisons – including comparing male and female* employees – are helpful to highlight key concerns for HR, e.g. performance and flexible working, it seems that mental health needn’t be split between men and women as it affects everyone.

We can’t, however, overlook some stark contrasts:

These findings from a recent report from CV Library illustrate how men are struggling in the workplace.

While women also face their own struggles in the workplace, the findings become all the more worrying when we consider two other statistics:

This isn’t about who has it worse, nor does it discount how women are affected by mental ill health.

Mental health is an agenda for everyone, but it will be useful for us to explore this with a uniquely male lens in addition to the overall drive. So what can we do?

Government initiatives attempting to close the gender leadership gap are proving successful - albeit with much more work to do.

While these positions are still male-dominated, however, so too is the reinforcement of the macho bravado. The image of a kept-together, strong and mentally capable leader remains dominant.

Of course, we all know that a leader can be all these things in addition to experiencing, vocalising and, in turn, destigmatising mental illness but that gap has yet to be fully bridged.

Shrugging off hurtful words and jokes as ‘banter’ is commonplace. Speaking up will result in further ridicule and encouragement to ‘man up’.

By closing the gender leadership gap, male leaders can learn from their female counterparts and their coping mechanisms - for example speaking up more openly with managers, colleagues and friends.

Lee Cambule, mental health champion with Times to Change Wales (TTCW), points out, “the men who are most revered in society (famous, wealthy, successful, powerful) are not always ready to admit their struggles in public and that can leave the ‘average bloke’ feeling uncertain about speaking out”.

This isn’t about doing away with personal privacy, but more about promoting the need to talk openly about mental ill health so it can begin to remove the uncertainty of speaking out.

As with all good change initiatives, the message needs to start from the top.

Look closer at bullying and misconduct

Bullying can happen in every organisation to any gender by any gender, but what if we were to look at bullying specifically in male-dominated sectors?

Shrugging off hurtful words and jokes as ‘banter’ is commonplace. Speaking up will result in further ridicule and encouragement to ‘man up’ (need I go on about the dangers of ‘banter’?).

For example, male baldness has been the butt of seemingly harmless jokes but has a severe impact on men and their self-esteem – we only need to look at the current news to see how an investigation is underway following similar remarks to certain football presenters.

Each of us has our own way of coping with stress and other external influences and influencers.

We need to be conscious of perceived gender norms when developing policies that potentially dissuade men to speak up.

It’s worth remembering, however, that two in three men in the UK feel they are so stressed that they feel overwhelmed and unable to cope.

Couple this with their reluctance to share their feelings, and there’s a risk they might find unsuitable ways to express themselves.

For example, a man who is depressed or upset might not feel comfortable to express these feelings to anyone, but instead may become angry and aggressive – even becoming a bully.

While this behaviour is unacceptable, identifying the causes of misconduct should form part of an investigation into those who are under disciplinary procedures.

Are there bigger issues under the surface that the male employee is reluctant to disclose? What are the drivers of this behaviour?

Swapping ‘he’ and ‘she’ to ‘they’ in documents is one small step to gender neutrality, but we need to be conscious of perceived gender norms when developing policies that potentially dissuade men to speak up.

For example, sexual harassment can happen to and originate from either gender, yet media – and HR policies – slip into the habit of being gender-specific.

For example, the lack of flexible working opportunities for men and non-enhanced paternity leave are both organisational decisions, yet they severely impact on new fathers who struggle to spend quality time with their children, their partner and to meet the associated parental demands.

This consequently results in further pressure for fathers to maintain their bravado, despite the stress they are experiencing, as there is a greater demand for them to keep their job and, in some cases, be the main income provider.

The effects of full-time hours

Full-time work can take a toll on employees, despite the 9-5 working culture being the norm (not to mention the ‘always on’ culture outside of 9-5).

There aren’t many similar studies that explore the specific effects of full-time work on men, however.

If men are seen as less likely to speak up about mental health, how reliable is the data we have (and haven’t) received on, for example, a culture survey?

Men are often pressured to be the breadwinner and are conventionally dissuaded from working part-time. They are statistically more likely to work full-time than women.

Whether that pressure is enforced internally or externally (or a mixture of both), it is pressure nonetheless - a pressure that men are finding hard to cope with.

Surveys form part of the evidence we gather to make decisions, however responses are based on the respondent’s perceptions, not facts.

While I’m not accusing people of being liars, the answers are only based on what the respondent has said.

For example, if men are seen as less likely to speak up about mental health, how reliable is the data we have (and haven’t) received on, for example, a culture survey?

If someone is on the verge of burnout or a breakdown but they haven’t spotted the signs – or choose to ignore them to avoid the inconvenience it brings to their career – they may answer honestly that they don’t feel their mental ill-health is having an impact on work, leading to misinformation.

Constructing surveys in a way that removes some or all perception-based answers (how they feel), and instead focuses on fact-based answers (what has happened) counteracts measurement bias and accounts for men’s reluctance to talk about mental ill-health.

We should of course consider mental illness from the lens of women too – indeed this has been written about at length before – alongside the lens of men, and employees as a whole.

We need to be conscious that it affects people differently as individuals, regardless of gender, and sometimes because of their gender.

*While some people identify as neither male nor female, for the purposes of this article, the divide is reflective of existing analysis on the topic.

Interested in this topic? Read Inclusion means everyone... doesn’t it?