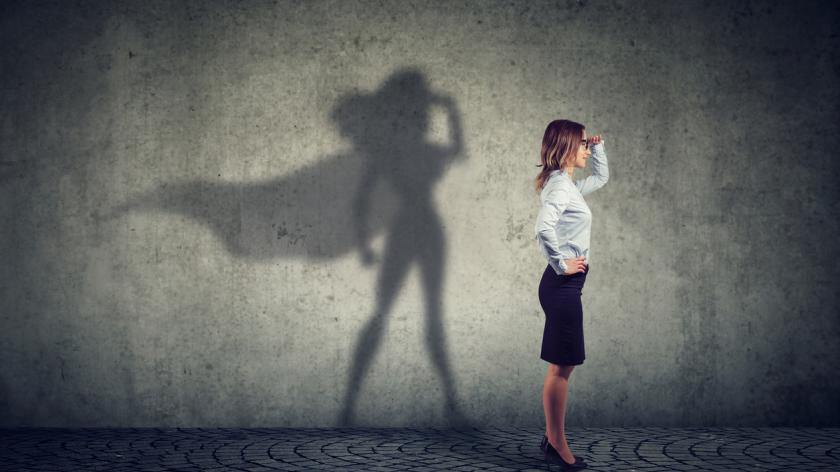 iStock/SIphotography
Part of the
Modern leadership: upskill and develop today hub
Brought to you by HRZone.com

Leadership: confidence is king when it comes to crowning successful leaders

A lack of confidence is a career killer for those in leadership positions, so it’s essential that others see you as confident if you want to get ahead, according to new research.

Confidence is a critical state for leaders. Whilst competency criteria may not explicitly require it, confidence is the prerequisite for success. An apparent lack of confidence can derail a career.

‘Women just lack confidence’ is often suggested as the cause of the relatively few women in senior positions - but do we understand what confidence is and how it links to other leadership behaviours?

A new study from Management Research Group (MRG) explores the issue of confidence in business for women and also for different generations in the workplace.

MRG used its LEA leadership 360 tool, which measures both the confidence felt by responders and how confident they are perceived to be by their bosses, peers and direct reports.

The expectation is that increases in felt self-confident will lead to an increase in the self-confidence these employees are able to convey.

However, the research found a weak relationship between felt and conveyed self-confidence.

Nor was felt self-confidence associated with any particular pattern of behaviours people knew they used.

MRG explored the importance of conveyed self-confidence by studying its relationship with other measures of leadership effectiveness.

The findings align with previous research in this area, showing that conveyed self-confidence is related to many other measures of leadership effectiveness.

In addition, conveyed self-confidence enhances status and is linked to an assumption of success and competence.

Self-confident leaders are seen as more socially adept and are given more control, power and opportunities to lead.

These assumptions persist even when the leader has messed up or there is evidence that they are not actually competent.

To help leaders identify the most efficient path to higher levels of conveyed self-confidence, MRG conducted an analysis to determine which of their 22 LEA leadership behaviours have the greatest impact on observers also seeing the leader as self-confident. In other words, which other characteristics do leaders who are perceived as self-confident display?

Leaders who seek opportunities to be in charge and show that they are comfortable in that role were seen as self-confident, as were leaders who consider the long-term impact of their decisions, exert influence and expand their expertise, are persuasive and do not prioritise others’ agendas.

It's interesting to note that leaders who are seen as self-confident tend to also be seen as less cooperative and less deferential to authority than their peers.

It's the over use of these behaviours rather than not being cooperative at all that is observed. Seeking opportunities to take charge was twice as important as other factors.

There were some differences across generations in the behaviours that conveyed self-confidence. All generations showed evidence of management focus, lower deference to authority and lower tendency to cooperate with others, as in the previous analysis.

In addition, baby boomers show self-confidence through being strategic, being productive and giving feedback.

In contrast, generation X put emphasis on being less consensual than their peers, being persuasive, emphasising their technical expertise and communication.

Young leaders in the millennial group are also seen to emphasise their technical expertise and their productivity and are less likely than other millennials to worry about being consensual or empathetic.

It's worth remembering, however, that there were no significant differences in conveyed self-confidence across the generations, so these behaviours are a means of helping an individual rather than being prescribed across the whole generation.

Leaders who are seen as self-confident tend to display behaviours that are less typical of their gender.

A leader who is seen as self-confident as well as emphasising management focus, being tactical etc, tends to be lower on self-restraint and higher on communication than peers.

There is also an atypical gender pattern with women. Women who are seen as self-confident show more of the behaviours of being strategic and persuasive than their peers alongside an emphasis on management focus, less deference to authority and higher communication.

How to use these findings

The findings suggest that personally you should stop worrying about your felt self-confidence and focus the behaviours that show others that you are self-confident.

Therefore, emphasise managerial focus, taking control of situations, being clear and persuasive and not worrying too much about other's needs, at least not to the extent it interrupts your pursuit of goals.

If you are a woman, it would appear that you can challenge gender perceptions by avoiding ‘stereotypical behaviour’ and focusing more on the behaviours described above pays off. You can still cooperate, be empathetic and communicate well, but not at the expense of managerial focus.

If you are trying to help another person who has had feedback that they are not self-confident enough, forget about how they feel and focus on what they do.

This is backed up by Amy Cuddy's research that when we act self-confidently we start to feel it - your brain ensures that your feelings synchronise with your behaviour.

Whether you are helping someone else, or want to boost others’ opinion of your self-confidence, incorporate some subtle signposting into contributions, to indicate this is a deliberate choice of work style:

1. When cooperating indicate why, e.g. "I like to get others' opinions and input, as it means we can implement this faster."

2. When you're entering a discussion after having been largely silent, preface your comment with a signpost such as, "I find it really useful to hear everyone's different perspectives".

3. When acknowledging a team contribution, instead of just saying "we've all worked really hard on this" (which could sound like a minimisation of your own role), say something like, "it would be good if we could take a moment to recognise that the team has achieved this against a tighter deadline than we've ever attempted before".

4. Take the initiative to raise the question of style in your performance review, for example, "it's not my style to be very directive. I find it’s most effective when".

This research highlights the importance of demonstrating self-confidence in the workplace. Subtle nudges help others to read your behaviour correctly. Given how much self-confidence appears to correlate with other leadership behaviours, it’s worth the effort to cultivate it.