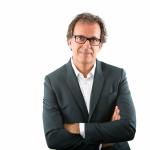 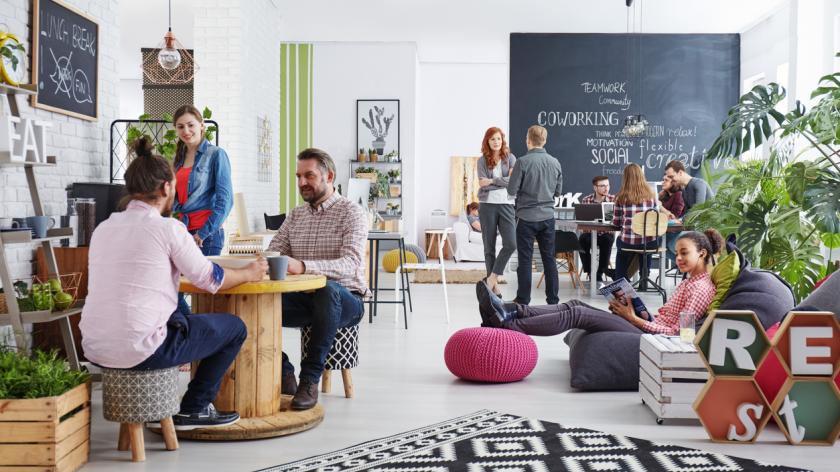 I want to go to the office today….yes, really, I do

Your employees have options – more than ever before. How do we create a workplace that makes people want to come to work, a place they would choose above all others? asks Neil Usher, author of The Elemental Workplace.

Increasing numbers of HR leaders are being asked this question, as awareness grows of the potential contribution to wellbeing, inspiration, motivation, productivity, attraction and retention that the physical workplace can make.

It often runs like this. You’re up, dressed (business-metro-casual), breakfasted (organic-metro-avocado) and your yet-to-be-consolidated five devices are fully charged. You think about shoes, and pause.

Everything has been thought through but one question remains – where are you going to work today? There’s the café, the co-working space in the high street, there’s home, of course, or the place you used to go every day like an algorithmically-programmed autonomous vehicle, without even thinking about it – the office.

A dark shiver creeps down your spine. The office, a dysfunctional relic entangled in conspiratorial intrigue. The last place you go to actually get anything done... You put on your slippers.

While there are complex forces at play, a constant pressure on organisations to do more with less, a challenge of balancing increasing numbers of competing internal and external interests, the conclusion after more than 25 years of global occupier-side experience is... creating a fantastic workplace that people want to work in is simple and achievable, wherever you are, whatever sector you are in, whatever your intended workstyle and, most importantly, whatever your budget.

Fundamental to the new optimism is the realisation that it actually has nothing whatsoever to do with a host of oft-repeated myths. You have heard them all before. The war for talent, an era of unprecedented change, the unchecked rise of wilful job-eradicating robots, the everlasting birthday of a millennial wish-list, the grindingly cruel chaos of a volatile, uncertain, chaotic and ambiguous world, and a force-fed ‘wellbeing-at-all-costs’ agenda.

It originally grew out of a concern that a small number of well-funded organisations were creating workplaces that bore increasingly less resemblance to the perennial mediocrity suffered by most, and a belief that everyone deserves a fantastic workplace.

The six ‘E’s create the compelling vision, the ‘why’, encompassing both data we can rely on and conviction.

Articulating why we need a fantastic workplace, when all around is as far from fantastic as could be imagined, is often as difficult as finding a coat hook in the washroom and a locker with a lock.

There has been something of a revival of the productivity argument in recent years, which is considered to be a route to the Board for investment. Yet in an age where values are becoming increasingly recognised as something – paraphrasing the words of Alan Williams – to be lived not laminated, there is a far broader argument for the organisation seeking a sense of its own purpose as well as improved performance.

The six (accidental) ‘E’s of the Elemental Workplace

The structure we can use to make the case comprises six (accidental) ‘E’s:

The six ‘E’s create the compelling vision, the ‘why’, encompassing both data we can rely on and conviction.

How do we do this?

We create a fantastic workplace through the adoption of a series of universally applicable design principles. We also develop a change programme that focuses on adaptation rather than adoption, giving people the space they need to understand where they need to get to and why, to create their own compelling case.

We also service our environment with a focus on colleagues, rather than customers – those with whom we are equal partners – and add the necessary intensity to a drive for quality. There is a resonance with HR seeking to be business partners, but for service teams this means being partners at every level of the organisation.

The ultimate goal is that the standard is no longer needed, that it has served its purpose and happily worked itself into obsolescence.

Yet an elemental workplace also simplifies planning for service. If we know what to expect from a physical environment, and we are not starting from scratch every time, service teams can be ready and resourced.

What does a fantastic workplace comprise?

The elements are set against a variable second tier of components of a workplace – the ephemera – that are not ruled out, yet are not considered core.

The Elemental Workplace brings together many ideas that have been circulating for so long about workplace creation, adding logic, structure and an occupier’s practicality.

The periodic table in which the 12 elements are framed recognises that all organisations will need to focus on different areas, and so it is free of Maslowesque hierarchy or order – just as long as each is considered and responded to. Move the Elements around, it’s okay, just don’t lose any.

The book also comes complete with a simple self-assessment tool that anyone can use. The Elemental Workplace is not an elite standard such as BREEAM and the current vogue, WELL, but a mark that is deemed everyone should aspire to and can reach.

The ultimate goal is that the standard is no longer needed, that it has served its purpose and happily worked itself into obsolescence. When that happens, everyone will have a workplace they want to work in.

The Elemental Workplace is published by LID Publishing and is available at http://elementalworkplace.com.