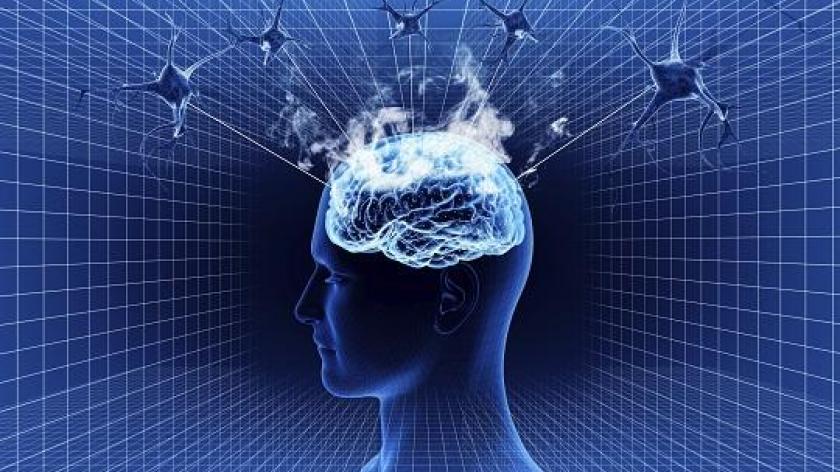 It's Neuroscience Learning Month on HRZone. You're reading one of the pieces that's been written to help you develop a sound understanding of why neuroscience principles are important to business, and a basic understanding of how you can apply them effectively. There's loads more content going live over the month to help you on your way, from articles to videos and podcasts, and it's all available in our Neuroscience Learning Hub. Head there today to read more!

Most of us are much more aware and sophisticated about cultural differences then 20 years ago but mistakes are still made and for global companies getting ideas and communications right across their business can be challenging.

So whilst we may be sensitive to different rituals and expectations, are there really brain-based differences in how people perceive information and interpret things?

The cultural neuroscience is gaining prominence with several scientists looking at this area and a few are making a name for themselves.

Joan Chiao, one of the leaders in the field, says 'Research in cultural neuroscience examines how cultural and genetic diversity shape the human mind, brain, and behavior across multiple time scales: situation, ontogeny, and phylogeny.'  You can see her giving a lecture on her field here.

Genes and evolution as well as culture and environment shape the variations in the brain and, from this, behaviour. Individualism/collectivism, for example, is not just a cultural trait.

It produces different activity in the brain and different ways of perceiving information, for example,  that are partly formed by evolutionary history and in partly by the intersection of culture, development, and neuroplasticity.

Individuals from collectivist cultures tend to value social harmony, conformity, and adherence to group norms. Studies have shown that these cultural differences can influence memory and even perception. But are they reflected in brain activity patterns?

In research using eye tracking technology participants were asked to look at a number of pictures whilst their eye movements were recorded to monitor what they focused on. The researchers found participants from the USA focused on the object in the picture whilst those from China focused more on the picture as a whole, taking in the background as well as the object. ( Chua 2005 )

Another study led by John Gabrieli at MIT asked East Asians recently arrived in the United States and Americans to make quick judgments while in a functional magnetic resonance imaging (fMRI) scanner. Subjects were shown a sequence of pictures consisting of lines within squares and were asked to compare each with the previous one. In some trials, they judged whether the lines were the same length regardless of the surrounding squares (an absolute judgment independent of context). In other trials, they judged whether the lines were in the same proportion to the squares, regardless of absolute size (a relative judgment).

In previous behavioural studies of similar tasks, Americans were more accurate on absolute judgments, and East Asians on relative judgments. In the study, the tasks were easy enough that there were no differences in performance between the two groups.

However, the two groups showed different patterns of brain activity when performing these tasks. Americans, when making relative judgments that are typically harder for them, activated brain regions involved in attention-demanding mental tasks. They showed much less activation of these regions when making the more culturally-familiar absolute judgments.

East Asians showed the opposite tendency, engaging the brain's attention system more for absolute judgments than for relative judgments.

"We were surprised at the magnitude of the difference between the two cultural groups, and also at how widespread the engagement of the brain's attention system became when making judgments outside the cultural comfort zone," said Hedden, one of the research team.

The researchers went on to show that the effect was greater in those individuals who identified more closely with their culture. They used questionnaires to gauge cultural identification and to assess preferences and values in social relations, such as whether an individual is responsible for the failure of a family member. Within both groups, stronger identification with their respective culture was associated with a stronger culture-specific pattern of brain-activation.

How do these differences come about?

"Everyone uses the same attention machinery for more difficult cognitive tasks, but they are trained to use it in different ways, and it's the culture that does the training," Gabrieli said.

"It's fascinating that the way in which the brain responds to these simple drawings reflects, in a predictable way, how the individual thinks about independent or interdependent social relationships."

The implication of this for business is in areas such as measures of success. Are your performance ratings absolute or relative? Some cultures will find it harder to identify with one over the other. The same will go for other business measures and ideas about what is important in, for example, a plan, the relative or the absolute success.

It may also have implications for where people focus on communication messages; the whole or the parts. If people from eastern cultures are receiving the same messages as those from western cultures be aware they may be focused on the context much more than the object. In communication on culture, values and strategy, adapting how messages are communicated and how employees interpret the message needs consideration.

One of the most fundamental ways in which cultural beliefs and practices influence people is in how they think about themselves. That is their definition of self, and particularly how do they think about self, in relation to understanding others - their theory of mind as it is called in the jargon.

In Western participants, the medial prefrontal cortex, or the MPFC, a part of the brain linked to processing information about the self was activated only in the self condition. In the Chinese participants, however, there was no difference in activity within the MPFC during processing of self and processing of the mother, indicating that they do not separate themselves from another person who is close to them.

Because the self is core to our social and interpersonal interactions, this finding that culture can affect how the brain processes information has important implications about how people think about themselves and others across cultures.

Culture also affects our preferences and interpretation of people's posture - the non-verbal communications. A study conducted by Freeman and colleagues found that the same information was processed differently in the brain by people of different cultures.

American and Japanese participants viewed silhouettes of bodies in either dominant or subordinate postures, while in the scanner. When viewing dominant and subordinate social behaviors, regions within the participants’ mesolimbic reward system responded depending on where participants came from.

This brings up another key point: although the same brain areas may be activated in a particular task, the extent and timing of activation may be fine-tuned by cultural values and preferences.

Such culture–brain interactions have real-world implications, as they might impact whom we choose to connect with, both from a personal standpoint as well as more broadly in work situations.

In practical terms it raises issues about who is deemed to be similar to people in a particular region, their in-group, how differences in body language will be interpreted and the posture which is deemed desirable.

For example, think about this finding in terms of traits in talent identification. Many competency models look for 'confidence and independence' – competencies widely based on posture and tone.

Taking this a step further, in a study using fMRI, researchers made a surprising discovery about leadership preferences across cultures (Rule et al., 2010).

However, fMRI scans showed that both American and Japanese participants used the exact same area of their brains in this task—the amygdala. In this case, members of both cultures showed the same neurological path but the different behavioural outcomes reflected cultural preferences.

Researchers have found greater neural activity to emotional signals from people they see as their in-group compared to out-group. Activation in the amygdala was found when people were shown faces of people from their own cultural group rather than from another group (Chiao et al., 2008).

In another study, the same researchers found a similar pattern of activity to facial cues on a mind-reading task. People in this study were also more accurate at mind-reading members of their own culture (Adams et al., 2010). This research suggests people are less skilled at reading the emotions of people from other cultures, opening more opportunity for errors and misunderstanding.

But experience and exposure shape the brain. For example, an interesting study about the role of expertise showed that expert Brazilian ballet dancers who watched a video performance of the moves they were trained to perform had twice the activation in the mirror-neuron system as Brazilian non-expert controls who had never performed this dance.

In other research by Chiao bi-cultural participants were primed to think in a culturally specific way, individualism or collectivism. The research found that the brains of the participants acculturated to the environment even when people were thinking about themselves. The good news, then, is that with exposure to other cultures, perhaps, the brain can become more attuned. Again for HR this means we need to be careful about stereotyping groups based on location, east/west. We can also use priming and framing of communications and initiatives to get people in the right mind-set to respond to messages and initiatives.

The take-home message here is that our brains actively absorb the norms in cultural environments. The representations created in the brain in turn influence how we interact with and shape our own environments. Culture impacts the way in which the brain is wired and activated, but the brain is malleable and changed experiences over time reshape these brain activations.

In this sense, the brain can be thought of as a “cultural sponge”, absorbing the cultural norms of our  physical and social environments. 

There's loads more content going live over the month to help you on your way, from articles to videos and podcasts, and it's all available in our Neuroscience Learning Hub. Head there today to read more!