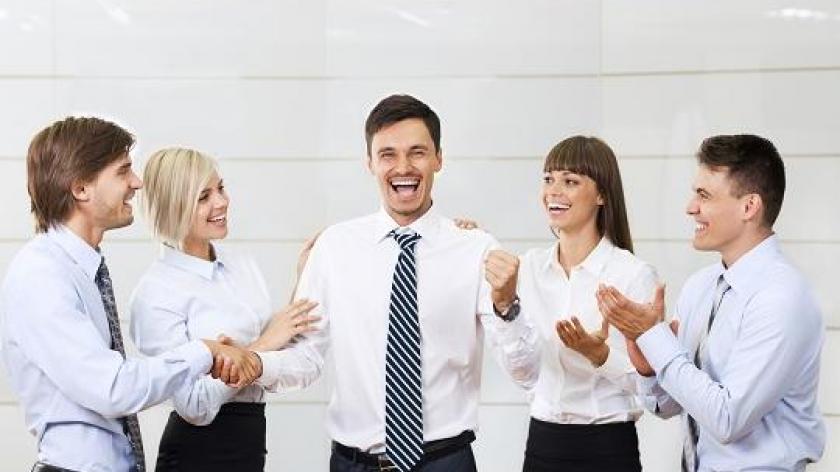 How teams really work, from the perspective of the brain - part 1

I have to confess I have always been rather sceptical about the management theory on teams, specifically the whole forming, storming, norming and performing idea.

In my experience teams either skipped the storming stage or if they go through it, they never move on to the performing stage. And teams that did perform didn't stay that way. In short the model didn’t really help to manage or predict how to get teams to work well.

So I was really interested in the ‘neuroscience of teams’ research that Jay Van Baval is doing at New York University. Here is a summary of my understanding of his research and what it means for teams.

Why we work together

You can't really think about teams without wondering what motivates people to work together. Matt Lieberman's research suggests this is a primary human need and one that has played a role in survival. Humans are not the most robust of creatures and in order to survive they need each other. As part of evolution we learnt to work together both for protection and for improving life.

If you think about this in a business context there is very little one person can do on their own. Most of what we do requires co-operation with others. But more than this, working with others and doing things for other people is intrinsically rewarding. It makes us feel good and creates a reward state in the brain.

Teams who cooperate do so despite their own needs. People in teams make a sacrifice for the benefits of the team. Why? Baval says humans do this because people enjoy a sense of reward when members of the team do well, not just when they do well themselves. A study found the brain's reward centre is activated when people who are part of a team see their team do well.

Throughout evolution people have lived in small teams - we call them tribes.

These were formed of around 150 people. As mentioned above this was a factor in survival. The brain evolved to co-operate, read what would make others happy and manage the dynamics of the group in order to remain part of the in-group; the team.

In Baval's lab he has shown that people will cooperate with their team, even when they have been put in the team for as little as a few minutes and have never actually met the other team members. Our brain is set up to scan for people who are similar to us and to feel positive towards those people.  And once someone is categorised as 'in-group' people tend to filter for what they like about those people, even if they are very different in other ways such as [***] or race. When the brains of people are scanned, they perceive people who they have been told are in their group more positively and overcome basic racial biases.

The perceptual areas of the brain are more active when viewing pictures of people they have been told are part of their group. This research suggests being part of a team overcomes bias even when people have not physically met.

This sense of in-group has lots of implications including greater empathy. Sports fans showed more brain activity in the reward centres of the brain when they saw pictures of their team doing well. When they saw a rival team doing poorly they experienced what is known as schadenfreude (that secret delight in the misfortunes of others). Teams represent boundaries about how we feel about others. In organisations this implies if we want people to co-operate, understand each other and be supportive, we need to create a common identity. This can be done through common goals and experiences. Hence the reason why people that undergo a struggle or other shared experience can often quickly forge a team.

Studies, such as the one mentioned, suggest just telling people they are part of a team means people quickly share a sense of cohesion.

Maybe the most well-known example of this is the famous exercise carried out in a classroom by Iowa primary school teacher, Jane Elliott.  On the day after Martin Luther King was assassinated in 1968 Elliott decided to address the problems that her all-white students had in really understanding racial prejudice. She divided her class into two groups on the basis of eye colour. For one day the blue-eyed children would be superior, the next day the brown-eyed children would be the elite. Elliott showed how easy it was to turn her 7-year-old pupils into stereotypical prejudice groups. Within minutes the blue-eyed children were ridiculing their classmates, calling them "stupid" and shunning them in the playground. When the roles were swapped the following day the brown-eyed children exercised similarly prejudiced behaviour.

In her subsequent career as a diversity trainer, Jane Elliott's technique has been applied to a variety of workplaces, including General Electric, IBM and the US Navy. Definitions of in-group are not based on rational data and can be manipulated very easily suggesting where you work can quickly create new perceptions of others in the business unit. Getting people together, facilitating a sense of team identity for example by creating a name and developing common goals, all create commitment.

All teams are not equal

Evolutionary psychologists believe the human brain evolved in groups of about 150. This has become known as Dunbar's number, after Robin Dunbar the person who first suggested the idea.

He suggests there is a cognitive limit to the number of people you can know and maintain a stable social relationship with; that is a relationship in which an individual knows who each person is and how each person relates to every other person. Dunbar found a correlation between primate brain size and average social group size. By using the average human brain size and extrapolating from the results of primates, he proposed that humans can only comfortably maintain 150 stable relationships. Which of course poses all sorts of questions about LinkedIn networks and the like but maybe we will cover that another time.

In large complex organisations it is useful to think about the number of people individuals need to actively interact with to successfully do their job and how this relates to the size of the team. In addition people are adaptive to cultural context and changing group dynamics. Leaders can use this to create the right team dynamics for their goals. For example science is now suggesting that a more involved, facilitative leadership style works with how the brain works and gets better results.

In addition, Sandy Pentland's research at MIT has found that teams thrive when they have three elements:

Adding a sense of purpose enhances team identity and commitment. Purpose creates a reason for people to join the team, be proud of their membership and directs decision-making and resource allocation. The flip side is the team and the leadership need to live up to the purpose. For example, if part of your purpose is to make the world a better place, make sure all parts of your supply chain can live up to that.  People will fight to be part of a team that has clear purpose; this is an attractor.  In addition studies show commitment to the group can drive people to make extra effort.  People are motivated to be distinctive within the group and working hard is part of their identity. There is evidence that teams develop to the degree they have to work together. A clear purpose which describes what can be achieved together, that couldn't be achieved by an individual, is an element of success.

How do you get people to be psychologically committed? Mere membership seems the first step. Baval has looked at this at a granular level; he says people within organisations are typically still rewarded for individual effort, even as we recognise that in today's companies nothing is really done without the help of others.So a sales person is still measured by their customer revenue without acknowledging much about the team effort which was needed to achieve it. For example we have done lots of work in retail and even in companies that acknowledge that while stores which provide exceptional customer service need team effort, there are still individual sales incentives.

What this means is when a customer says 'I'll think about it' but comes back later ready to buy, there is a disincentive for the original sales associate to pass that customer to their colleague if they are busy. But the customer gets served quicker by a colleague because they will lose the commission. It also results in team members being disinclined to help tidy up or get stock from the stockroom for a colleague and offer help that will make the overall customer experience better but not directly linked to sales.Many retailers will have an element of team bonus but the real leverage is individual and the status comes from being 'top sales' person for the month.  But this works against forging a sense of identity as a team. Baval argues leaders are ultimately responsible for getting teams to perform and understanding how teams form and work together from a brain perspective is the role of leaders.

This sense of 'togetherness' is exponentially increased when there is competition.  Teams in competition with others quickly identify with colleagues and create intense motivation to help each other and turn against the 'out-group' who they are competing with. Obviously in organisations this can be used for good or ill. It can be helpful to create a sense of competition with an external competitor who is trying to sell to the same customers but much less helpful if the competition is about investments and resources across two business units in the same company.

As mentioned above, companies often incentivise individual performance not performance for the team. To maximise team success, create incentives for contribution to the team's success and if you can't completely end individual incentives, make sure they reward individual efforts that help the whole team meet their goals.

Clients have asked us if being part of a team creates more threat and less reward in the CORE model elements. The CORE model is built on research that shows people are very motivated by the presence of Certainty, Options, Reputation and Equity.

These are intrinsic motivators. It is reasonable to ask whether as a team member these rewards can be threatened. Brewer has shown that teams that fulfil these elements do well but teams that are sticky, that is those that do especially well, have the added element of distinctiveness. They are known for something. So for leaders managing the CORE rewards can create team cohesion. Teams that fulfil these motives are very attractive to others. But your team can be even more cohesive and attractive when it is distinctive; it is known for something, like its standards, rituals, or even the struggle to be recruited into it.

Baval gave the example of Goths who look all the same but are distinctive from the rest of society. His other example is Apple who cultivate the idea that if you buy Apple products you are distinctive, their motto is 'Think differently.' But look around you, virtually everyone now has an Apple product. Now the company's challenge is to be distinctive within the mass.

Look out next week for part two of this article...