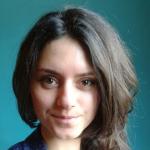 How a bad night’s sleep can disrupt the workplace

How is a bad night's sleep impacting your employees' behaviour the next day? Research from the Rotterdam School of Management uncovered some important findings.

Do you feel grumpy, short-tempered, or prone to irrational behaviour after a bad night’s sleep or are you one of those who can quell your emotions and be ‘as nice as pie’ when you’re tired out?

Sleep is a challenge for most of us, and to get a good night’s rest can have a significant bearing on how we feel and perform at work the next day, or even the day after.

Our research set out to find the impact of the interaction between previous day behaviour and poor sleep quality on next day behaviour.

We found that this pattern is happening and it is happening particularly for employees who experience poor sleep quality in the night connecting the two days and for whom being a good and moral person is less central to their identity.

The research indicated that just one bad night of sleep makes it more likely that employees who already displayed unwanted behaviour one day at work will display a similar type of behaviour the following day.

Once an employee engages in unwanted behaviour in the workplace, such as taking longer breaks than allowed, leaving early without permission, or even stealing, it might be hard to step away from it.

On the long-term, this becomes a costly affair: such behaviour is estimated to cause companies up to $200 billion per year in the USA alone.

Unwanted behaviour in the workplace often stems from selfish impulses that are not kept in check by self-control.

The negative effect of impaired sleep quality is especially present among people with a so-called ‘low moral identity’.

Going home early without telling the boss is an urge most people will feel occasionally, but do not give into every time.

And when people do, they often feel remorse afterwards and try to do better next time. It is known that this ability to regulate our impulses can be undermined by having had a bad night – not necessarily just due to the amount of sleep, but also due to impaired sleep quality.

To gather data for the research we sent out daily text messages over 10 consecutive working days to a group of working professionals and asked them to indicate how well they had slept.

They were also invited to rate the extent to which they engaged in unwanted behaviour. For example, had they taken a longer lunch break than allowed that day, or had they been rude towards a co-worker?

This study shows that the display of unwanted behaviour is not a fixed character trait.

It can vary from day to day, even within the same person. Whatever the reason for starting it, a night of poor sleep can make it harder for someone to stop doing it, especially among people with a low moral identity.

Tiredness apparently can make it harder for people to overcome the feeling that they have failed at being a good and moral person and, as a result, do not try again the next day.

This can lead into a possibly destructive cycle that could help explain why unethical behaviour is so persistent in some organisations.

The difference lies in what is called ‘moral identity’.

This is a psychological measure for how important and central moral traits such as ‘kind’ or ‘fair’ are for someone’s self-image, and how important it is to them to be seen as a good and moral person by others. People who attach less value to these moral traits were also more likely to repeat their missteps the next day after a night of poor sleep quality.

Ideally, you need to put aside your tiredness to regulate your impulses. When you sleep well you can regulate your behaviour to a greater extent and if you don’t sleep so well it’s harder to put your impulses aside in order to behave in line with long-term goals.

A lot can be done to improve the way we behave from both the employer’s and employee’s point of view.

Employees should be aware that when you’re sleeping poorly you’re more likely to be snappy towards your colleagues.

Perhaps companies could look at ways to redefine what they label as unwanted behaviour at work and allow for trade-offs such as this: if an employee leaves work early one day but comes early the next day then it is not unwanted behaviour.

Of course, in this case the challenge for employers is to develop appropriate monitoring systems.

The main message from our study is not that employees, or employers for that matter, use poor sleep quality as an excuse for behaving badly, but rather that they are aware that poor sleep quality increases the chances of this type of conduct, particularly if they had engaged in such behaviour the previous day at work.

One thing is certain though: being involved in conducting such research I’m far more aware of my own behaviour and pay careful attention to regulate the way I act when I’m tired and irritable after a bad night’s sleep!