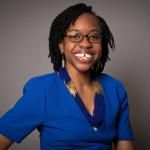 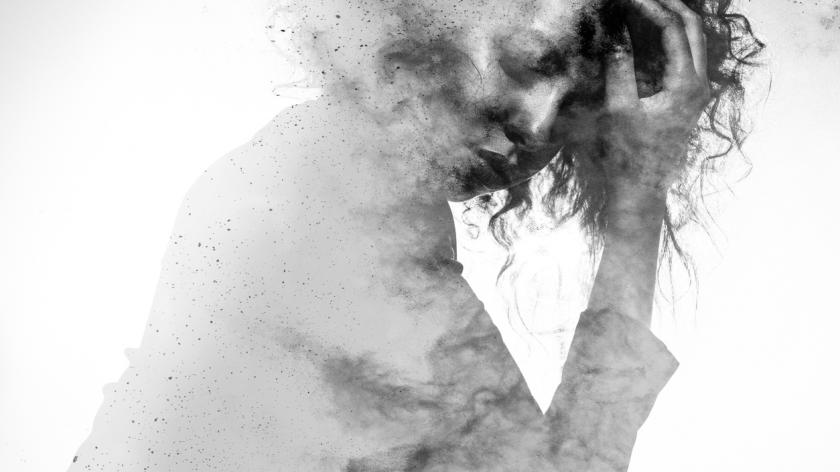 Gender emotional double-standards: The double-bind bias and the impact on women’s career progression

Ekua Cant, head cheerleader for Career Magic, examines how emotional intelligence has an impact on women's career progression and what the remedies are.

To start, I’m going to begin by borrowing a well-known refrain from a popular pop song, by Whitney Houston, which is “I get so emotional baby, every time I think of you”. Now you may be wondering where I am going with this.

When women get emotional in the workplace, they tend to be penalised and feel increased emotional labour by workplace biases that only pertain to women, such as the 'glass ceiling', being a minority in the workplace or being a woman of Colour.

As opposed to when men show emotions in the workplace, it tends to be characterised as them showing leadership and vulnerability, they are given more leniency than women typically are.

Covid-19 has made the blurring between work and home life a bit blurred and has definitely sharpened the focus on employee mental health and well-being. This would also include how employees feel and are able to regulate their emotions in the workplace, and the perceived differences that occur when women show emotions in the workplace as opposed to men, where perceptions are more favourable and less negative.

So let’s firstly look at how emotions in the workplace are generally perceived.

A common societal perception is that women are more emotional than their male counterparts and this has hindered women in the workplace in terms of perception, fair treatment and career progression.

A study conducted by Total Jobs in October 2019 found that actually men were more emotional in the workplace and were, “twice as likely to get emotional when their ideas weren’t heard or because they were criticised”.

The irony is that women struggle with this problem when it comes to career advancement. Often their ideas are not as heard or received as male colleagues. Or worse still, a woman would share a good idea and then a man says the same thing and that idea is praised and celebrated very differently.

Whilst, “men are more likely to report experiencing emotions associated with power, such as anger or pride,” according to Terri Simpkin, a senior lecturer in leadership and corporate education at Anglia Ruskin University. In fact, “emotions and power are inextricably linked. Not being heard is congruent with lacking of status. Similarly, sadness is associated with a lack of power in social settings such as the workplace.”

It might be more accepted, but women face a known bias in the workplace on displaying emotions that are perceived more negatively, neatly encapsulated by Jessica Rapana, “Like a lot of women in the workplace, I was aware of this bias, so I made a conscious effort to not give anyone the chance to label me as “crazy” or “difficult”.

When women display leadership emotions, like “being tough and unemotional, [they are perceived to be ] not acting ‘like a man’. In addition when a man gets angry in the workplace it is more accepted and “nobody [thinks he is] ‘hysterical’. When a man storms out of the room, he’s passionate. When a woman storms out, she’s unstable and unprofessional.”

The bias sadly continues to be perpetuated and this leads to false notions that women can’t cope with leadership responsibilities or positions and this is vital that this bias is removed in order to achieve true equity and career advancement across the board.

Female leaders and the double-bind bias

Female leaders can be affected by a double-bind bias, that is the problem of a mismatch between what is expected from a leader and what behaviours are expected from a woman.

“And, when someone does not conform to these prescribed roles and behaviours they can be penalised or punished. Women, for instance, are traditionally expected to be caring, warm, deferential, emotional, sensitive, and so on, and men are expected to be assertive, rational, competent and objective.

So, when it comes to promotion, these traits are sometimes automatically prescribed to people as per their gender without detailed information about their personalities, thereby a man, in general, is assumed to be a better fit as a leader. “

Women who display emotions that would be characterised as leadership qualities like being decisive or authoritative could be perceived as 'brusque' and 'abrupt'. Therefore, for the same kind of leadership behaviour, women might be penalized while a man is commended.

Female leaders in the workplace who display 'masculine' qualities such as assertiveness, forcefulness, and ambition are labelled as 'bitchy", unfeminine and aggressive. “Women are then less likely to be promoted than a man. Men do not face the same problem, because what is considered 'bossy' in a woman are considered leadership qualities in a man.”

The economic penalties for Women displaying 'masculine emotions in the workplace'

Both men and women express emotions in the workplace, “but emotional expressions by women tend to come under greater scrutiny than those by men,” write the authors of the Handbook on Well-Being of Working Women. “Women incur social and economic penalties for expressing stereotypical 'masculine' emotions because they threaten society’s patriarchal barriers against the dominance of women”.

At the same time, when women express stereotypical 'female emotions', “they are judged as lacking emotional control, which ultimately undermines women’s competence and professional legitimacy,” the researchers noted. “Women employed in male-dominated workplaces are more likely to say their gender has made it harder to be heard at work, and they report gender discrimination at higher rates.”

Not only are women fighting for career advancement, but they are also having a harder time climbing up the leadership ladder because of bias on emotional double standards in the workplace.

It would be hard for anyone to break through a glass ceiling when they feel overwhelmed, stressed, frustrated, tense, discouraged, and less respected and confident

Emotional EQ parity for Women in the workplace?

A recent study suggests that “gender does make a difference for the emotions that employees experience at work. Women (compared to men) reported feeling more overwhelmed, stressed, frustrated, tense, and discouraged, and less respected and confident.”

The research also noted, “women of color face stronger glass ceiling effects than white women and have to simultaneously navigate bias and discrimination based on their gender and race” (Purcell etal., 2010; Sanchez-Hucles & Davis, 2010). Research by Ragins and Winkel (2011). It provides a theoretical account of how emotions may influence women’s advancement in organisations.

They suggest that “although power does influence the emotions that women experience in the workplace, emotions, in turn, influence the power that women are afforded, creating a cycle that impedes women’s power and progress.” The researcher summarises that “It would be hard for anyone to break through a glass ceiling when they feel overwhelmed, stressed, frustrated, tense, discouraged, and less respected and confident.”

So let’s look at what solutions can be offered to tackle these issues to close this article.

Recognise that a lot of negative workplace emotions like stress, frustration and anger can be reduced by building a culture of trust

How to support women in emotional equity

Here are three key ways to support women to level the playing field when it comes to 'emotional equity' - the notion that women are unfairly discriminated against by displaying negative or angry emotions in the workplace:

1. Create an environment of psychological safety and create safe spaces for emotions to occur in the workplace

As leaders in your organisation, you need to lead by example by practising active listening and creating a safe space for all to talk about positive and negative emotions in the workplace. Make clear what unacceptable behaviours are. For example, a colleague constantly interrupts others while they are speaking.

Practice being openly vulnerable with your colleagues and teams and let them know that it’s OK to show their emotions and that it’s 'OK to be human' in the workplace. Allow your people and teams to talk about failure openly and what can be learned from it as means for positive improvement and not stigmatisation or a valueless process to be avoided at all costs in the workplace.

2. Promote opportunities for feedback and to gain better self-awareness for employees

As leaders, you will have opportunities to provide regular feedback to your teams. Make the feedback a truly two-way open dialogue where you and your reports can gain better self-awareness through constructive feedback and the use of resources such as psychometric and personality testing. As means for greater self-awareness and personal development and growth.

3. Develop non-judgemental ways to manage and talk about stress in the workplace openly

As a leader, recognise that a lot of negative workplace emotions like stress, frustration and anger can be reduced by building a culture of trust and following these simple practices: