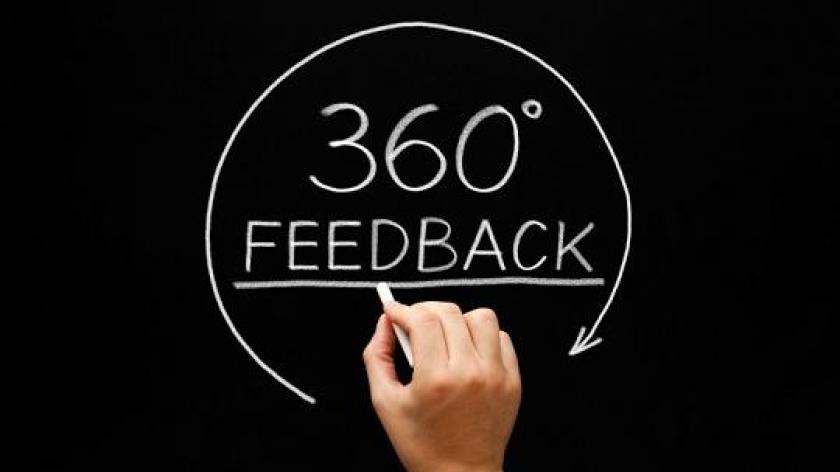 If you Google the term 360-degree feedback, you’ll get over 17 million results, many of which offer insights ranging from the blindingly obvious to the banal. While 360-degree feedback can be a highly beneficial process, it does need some care to get it right.

HR teams must therefore look beyond the basics. In particular, you should beware of four fatal failings that can kill off any chance of success. You may not have heard much about these beforehand but I can assure you they’re crucial:

1. Don’t talk about “filling in questionnaires”

The objective of a 360-degree process is to provide individuals with constructive and actionable feedback that will help them to develop themselves and improve their performance. However, the minute you mention “filling in a questionnaire”, the whole initiative descends into a tick-box, compliance-driven exercise.

360-degree feedback can be a collaborative and culture-changing process. But when you ask someone “can you just complete this questionnaire?”, it fundamentally diminishes the importance of the process - and it changes the context of your project into something that can be dismissed as a low-priority.

Be very careful about the terminology that you use when you describe your 360-degree process. Never ask people to go and fill in a questionnaire. Ask for people’s contribution: “We’d like you to go online to a website to provide constructive, structured feedback”.

Stay output-focussed, not input-focused, and keep the bigger picture in mind about what you’re trying to achieve. Make sure everything you do - and how you describe the process - is aligned with that overall objective.

2. Don’t let others hijack the data

Today’s organisations are obsessed with ‘big data’, so the fact that 360-degree feedback generates data is often attractive and tempting for secondary stakeholders. For example, your colleagues in reward or selection - who are trying to make decisions about people - might be interested in the 360-degree results.

In the course of a 360-degree assessment, when asked about a particular behavioural indicator or a set of competencies, Jane may have rated her colleague John on the fourth mark out of six in a scale. Her input here is that John does these things most of the time. However, others can simply seize on the detail that John scored four out of six.

HR teams must avoid the temptation to allow 360-degree feedback results to be used by others for analysis and interpretation. This is not only unethical and inappropriate, it’s also an abuse of trust. If you ask individuals to provide structured, observational feedback for development purposes and they then find out that their responses have been used for other agendas, such as to support reward or selection decisions, you’ll have lost their trust. The next time you try to run a 360-degree project, it will be dead in the water.

Some 360-degree feedback tools ask you to rate not just how frequently an individual does something but also how frequently you think they ‘should’ do it.

This is a deadly mistake because it introduces a judgemental element into the process. Having individuals rate their work colleagues on what they ‘should’ do isn’t the purpose of 360-degree feedback. It blurs the lines between feedback, which should be about information that’s helpful for an individual, and performance management which offers a judgement about their behaviour. It can be especially toxic when direct reports, who may not understand their manager’s role fully, are asked these questions.

A better way forward is to create a ‘norm group’ of the required behaviours for each job grade. Some 360-degree tools enable you to do this. Anyone who aspires to a higher grade can then compare their own feedback against the norm group for that grade, so they can quickly see where they’re already hitting the mark and where they need to up their game. They therefore learn which specific behaviours they need to improve if they want to be a credible candidate for that role in the future. Their career is in their hands, so whether they ‘should’ change their behaviour or not is up to them. If they do, it will be because they’re personally motivated to do so and not because they’ve been ‘criticised’ by a direct report who couldn’t possibly make that judgement.

Using comparative data can be a powerful way to help individuals understand how their behaviour standards relate to others and where they need to improve. It’s certainly more persuasive and more helpful than the judgement of others.

4. Don’t assess individuals in relation to others

If you need to provide feedback for five people, there are some 360-degree tools on the market that put all five of them on the screen at the same time. The idea is that this makes the process quicker and easier for you, as you don’t have to complete five separate reviews. However, the problem with this is that, in the resultant feedback, you’re not really providing an objective measure of each person, you end up rating each of them in relation to the others. You think: if I’m giving Jane a four for that, I should only give John a three.

Quick and easy shortcuts such as this may seem seductive, especially in our ‘immediate gratification society’, but they’re an illusion that undermines success. If you really want to provide 360-degree feedback that is objective, considered and constructive, then ranking everyone together on the same page isn’t going to help. The answer is to treat everyone individually and to use a 360-degree tool that lets you provide considered feedback for one person at a time.

The four mistakes listed here can be the kiss of death for any 360-degree feedback project. Forewarned is forearmed.