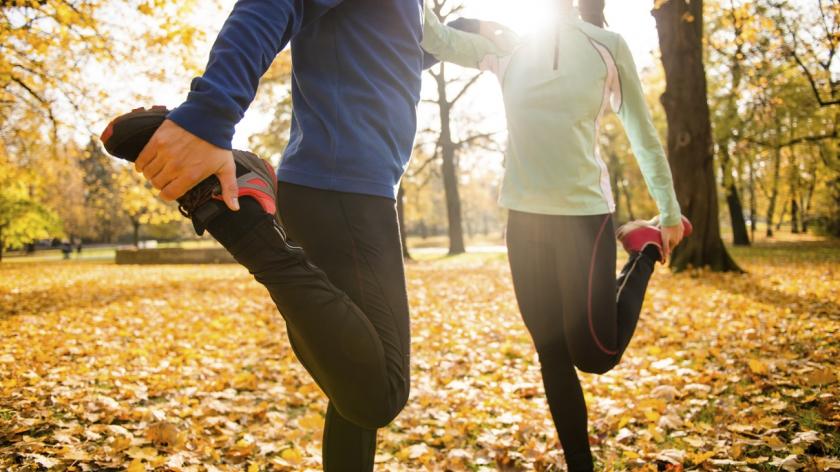 Exercise: Miracle Gro for the brain – take it up now

The more research is done on exercise the clearer it is that if you do nothing else, take up a regular exercise routine.

Exercise has benefits for a number of aspects of health and it’s thought that physical exercise might be the most important thing for overall brain health.

It’s believed that exercise turns on the gene that sends a signal to create more brain-derived neurotrophic factor (BDNF).

Many of the foods that help us be productive are great exercise fuel too.

Dr. John Ratey is an Associate Clinical Professor of Psychiatry at Harvard Medical School and author of Spark!: The revolutionary new science of exercise and the brain.

He has spent much of his career studying the effects of exercise on the brain. He says, “A lot of things contribute to us feeling better when we exercise. Endorphins are one of them, but so are norepinephrine, serotonin, dopamine, and brain-derived neurotrophic factor.”

Amazingly, when researchers sprinkled BDNF onto neurons in the lab, they spontaneously sprouted new branches. This led Ratey to compare BDNF to “Miracle-Gro for the brain.”

He says that BDNF keeps brain cells young and prevent cognitive decline. The hippocampus, the part of the brain linked to learning and memory formation, is especially receptive to new brain cell formation encouraged by exercise.

The hippocampus is capable of growing new cells (a process known as neurogenesis) throughout our entire lifetime – even into our 90s provided we have the lifestyle to support it!

Physical activity can slow brain aging by as much as 10 years.

According to a recent study published in the journal Neurology, physical activity can slow brain aging by as much as 10 years.

Excessive stress increases the risk of mental disorders of all kinds. High levels of the stress hormone cortisol can kill or shrink existing brain cells and stop the generation of new brain cells in the hippocampus, the brain’s memory centre, as stress halts the production of the important neurotransmitters we mention above; serotonin, dopamine, GABA, and BDNF.

Excessive stress increases the risk of mental disorders of all kinds.

Working out reduces cortisol levels while increasing endorphins and norepinephrine, making it one of the most effective ways to combat stress and increase happiness. Also it seems to reduce the tendency to dwell on negative thoughts by altering blood flow to those areas in the brain that trigger unwanted, stressful thoughts.

One fascinating research finding is that exercise reduces stress and anxiety even if you are forced to exercise and don’t really want to do it!

Exercise and the brain

Exercise helps memory and thinking both directly and indirectly. The direct benefits are from exercise’s ability to reduce insulin resistance, reduce inflammation, and stimulate the release of growth factors, as mentioned above.

Indirectly, exercise improves mood and sleep, and reduces stress and anxiety. Problems in these areas frequently cause or contribute to poor memory attention and focus.

Many studies have suggested that the parts of the brain that control thinking and memory (the prefrontal cortex and medial temporal cortex) have greater volume in people who exercise versus people who don’t and research has also found that regular exercise of moderate intensity is associated with an increase in the volume of some brain regions according to  Dr. Scott McGinnis, an instructor in neurology at Harvard Medical School.

Exercise is also key too performance at work. There have been a number of studies that suggest exercise improves cognitive function in the areas of the PFC or the executive brain as it is sometimes called.

An article published by John Hopkins University in the U.S. described it as ‘the universal antidote to ageing’.

A long term study of over 19,000 people in Texas showed that those who exercised regularly through their middle years and beyond were 40% less likely to develop dementia.

But you don’t have to run for hours to experience the benefits.

According to the National Academy of Sports Medicine, 30 minutes of biking, hiking, cycling, weightlifting, and even doing chores around the house will increase endorphins.

I’m always inspired by people who get out and exercise and as I have just moved to near Victoria Park in East London I am amazed at how many people are doing it! And the myriad of reasons they have for exercising.

But we all have days when we don’t feel like it and if we are not careful those days can become a habit. The couch potato habit rather than the exercise habit.  The best advice for the days when you want to stay under the duvet is to notice your body signals.

You don’t have to run for hours to experience the benefits.

Sometimes it is good to miss a training session and do something less strenuous, say go for a walk with the family or with friends. You have to decide whether your body is really crying out for rest or it’s just avoiding.

Committed exercisers say they usually really enjoy the exercise on the day they had to struggle to do it and sometimes it is one of the best sessions of the week! They also advise not giving yourself a chance to listen to the voice which says ‘don’t go, stay in bed/ the warm’ and get into their exercise gear straight away then it sort of fools the mind that “I probably do want to go anyway as I’m ready!”

Or try saying ‘I will only do a short session/run today’ and then that turns into a normal length session.

We know good nutrition is critical to making the most of exercise and luckily, many of the foods that help us be productive are great exercise fuel too.

Lots of overlap here with foods which help memory and attention so you can achieve more than one benefit at a time.