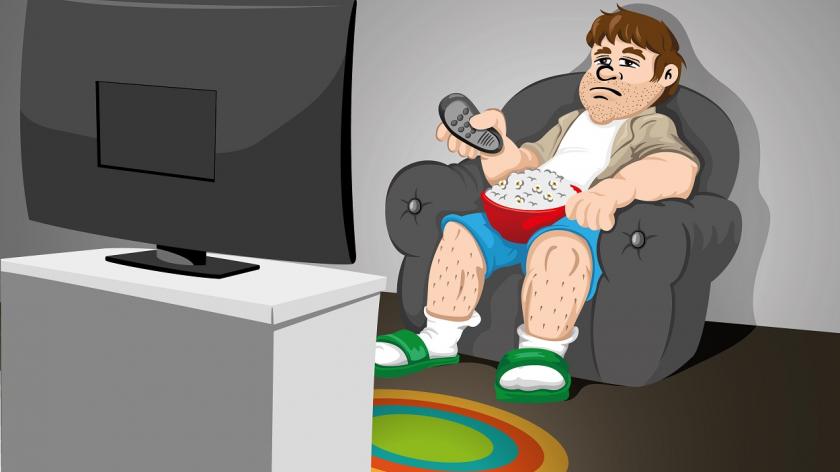 Don’t just sit there …..learn something and move

I find myself, probably like many of you, spending too much time in front of my computer.

When I do face-to-face meetings, my colleagues and I typically meet around a table, or sit in a coffee bar. In other words I am sitting far too much.

As someone who suffers with back pain I know that’s not good and there is also increasing evidence that it’s not just the body that suffers - sitting is not good for our mind either.

Work has become a place where we sit more than we do anything else. Studies say we sit an average of 9.3 hours a day, compared to 7.7 hours of sleeping. Sitting is so much of a habit that we don’t even question how much we’re doing it.

And, everyone else is doing it too, so it doesn’t even occur to us that it’s a problem.

Health studies say people should sit less, and get up and move around

After one hour of sitting, the production of enzymes that burn fat declines by as much as 90%.

Health studies say people should sit less, and get up and move around

Research shows that this lack of physical activity is directly tied to 6% of the impact for heart disease, 7% for type 2 diabetes, and 10% for breast cancer, or colon cancer.

The New York Times reported on a study, published last year in the journal Circulation that looked at nearly 9,000 Australians and found that for each additional hour of television a person sat and watched per day, the risk of dying rose by 11%.

In the article, a doctor is quoted as saying that excessive sitting, which he defines as nine hours a day, is a lethal activity.

And a recent study from the American Cancer Society found women who sat for six or more hours a day had a 10% higher risk of any cancer than those who sat for three hours a day. The risks of ovarian and bone marrow cancer rose by as much as 43% and 65%.

After one hour of sitting, the production of enzymes that burn fat declines by as much as 90%.

The experts don’t really know why this is but the suggestion is when we sit for extended periods, our bodies shut down, sending a message to our brains to effectively prepare for the end!

According to cancer epidemiologist, Dr Bridget Lynch, being active triggers the body to produce anti-inflammatory proteins and peptides and using our muscles raises our metabolic rate which reduces body fat.  Blood glucose and lipid levels are also better regulated when we’re active – hence the link between long periods of sitting and diabetes and heart disease.

And of course the other issue with a lack of movement is back pain. One of the largest causes of lost work time in the UK, almost 10 million days in 2014.

I have regular ‘maintenance checks’ on my back by a chiropractor and it’s only this that keeps me mobile. He always says that the best movement is your next one and that I should be moving at least once a minute.

One of the most effective and slightly silly habits to get into is to fidget.

This meant I had to rethink how I work and also set up reminders to move! Now I always take my calls standing up and even pace around my office whilst talking. I try to have a quick stretch every 30 minutes: try setting a timer on your phone to get started, and I’m attempting to do pelvic tilts and ankle exercises as I sit.

I also walk each morning around the park, try to walk up the escalator rather than stand and stand on trains for short journeys. But one of the most effective and slightly silly habits to get into is to fidget.

A survey from the University of Leeds and University College London found that women who had very sedentary lives but fidgeted a lot actually had no greater risk of premature mortality than a very active woman.  The study is sufficiently large and long (12,778 women, aged 37-78, over 12 years) to warrant attention.

Fidgeting, it appears, can help counter the effects of sitting for long periods.

There is also evidence that our brain functions better when we are on the move. Daniel Siegel, M.D. and Tina Payne Bryson, Ph.D, say movement as a way to support emotional states. They have developed a programme called “Move it or lose it.”

They write in their book, The Whole-Brain Child, “Research has shown that bodily movement directly affects brain chemistry…Research shows that when we change our physical state—through movement or relaxation, for example—we can change our emotional state.”

Lots of additional research demonstrates how movement supports overall cognition, cardiovascular function, metabolism and biochemical regulation in the body. As people catch on to this we are seeing an increase in walking meetings.

If you want to get out of a stuck mode of thinking it helps to literally get out of the box (room).

For example, we have our participants at leadership programmes practice coaching on the go. We find people are more creative, more open to ideas and more focused on their coaching. Also there’s something about being side-by-side that puts the problem or ideas before us, and encourages people to work on it together.

We have also found that if you want to get out of a stuck mode of thinking it helps to literally get out of the box (room). When you step outside, you change state, give yourself a different environment and with it a different perspective.

People are more alert to what is happening around them and more possibilities are released.

Continually learning new things, and staying busy with friends and hobbies — is exactly what the experts say can help keep our thinking skills productive.

“Cognitive and social engagement have been shown to be protective against cognitive decline, whereas hearing loss, depression, and social isolation are associated with cognitive decline,” says Dr. Kathryn Papp, a neuropsychologist and instructor in neurology at Harvard Medical School.

The experts don’t know the exact reasons why mental and social engagement protect cognitive skills, but they do have some ideas.

Papp says “Until the mid-1990s, we thought that people were born with however many brain cells they would die with. We now know that the growth of new cells — a process called neurogenesis — occurs throughout life, even in older age.”

It turns out that the human brain has a great potential for what has been called neuronal plasticity, or in other words it grows and changes when we consciously, repeatedly and deliberately do things.

Being socially engaged may help fend off social isolation and depression, both of which have been linked with a decline in cognitive functioning later in life. Having good social support also reduces stress, another thing that we know has a negative impact on thinking skills.

Use it or lose it

People who regularly challenge their minds and stay mentally active throughout life have healthier brains and are less likely to develop dementia.

One study, by Sydney neuroscientist Dr Michael Valenzuela, combined data from 29,000 people. Dr Valenzuela says: "Even when differences in education and occupation were taken into account, people who kept mentally active after they retired were at lower risk of developing dementia".

In summary he goes on to say "It is never too late to change your mind".

Mental activity should be regular and reasonably complex – doing the odd crossword or Sudoku puzzle is not enough.  The best approach involves learning something new that you find enjoyable. You can also look for activities that combine cognitive exercise with physical activity and/or social engagement, such as: